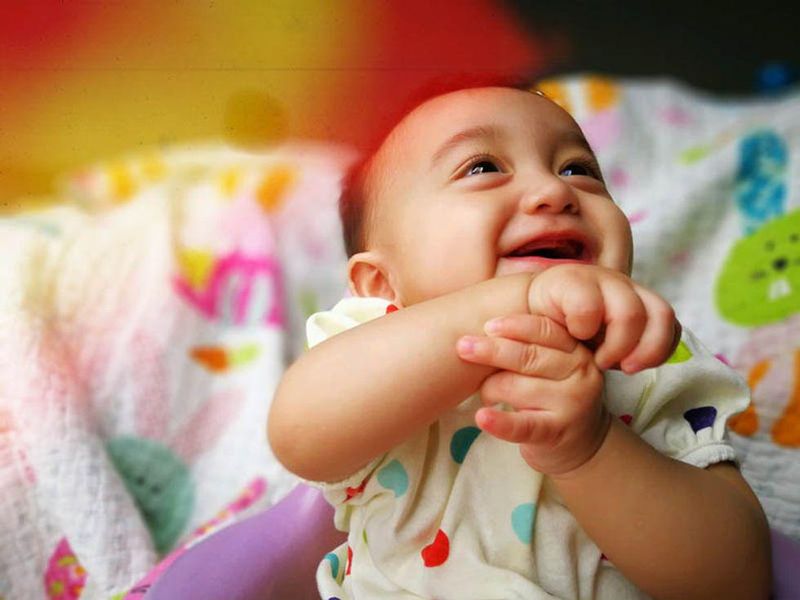 Babies' babble may be smarter than you think.

A new study shows that infants as young as 3- to 5-months of age can tell that the unintelligible sounds they make before they learn to talk can impact the people around them.

Traditionally, this babbling has been regarded simply as a byproduct of babies trying to work their mouths and exercise their voices. Instead, the new research shows that adults' reactions to their vocalizations influences babies' understanding of how they need to respond to properly communicate.

"A baby's babbling functions as a tool, to probe the social world and figure out who to pay attention to," said corresponding author Michael Goldstein, a professor of psychology at Cornell University in Ithaca, N.Y. "Babies don't have unlimited energy or attention; a great strategy is to throw immature behaviors out there and see what comes back."

His team found that from a remarkably young age, babies learn these skills by experimenting with adult responses. A parent's response to a vocalization is linked to the baby's expectation that the sounds he or she make can affect strangers.

The study -- published July 5 in the journal Developmental Science -- examined the behaviors of 2- and 5-month-olds with their caregivers and a study experimenter.

After a minute of playtime, the experimenter stopped responding to the baby, offering a neutral "still face" for two minutes. In response, the 2-month-olds didn't change their babbling. But the 5-month-olds responded with a burst of intense babbling, followed by a period of quiet. This reaction is something adults do all the time, Goldstein noted.

"When the elevator doesn't show up when you think it should, you're likely to press the button more, or to press other buttons," he said. "You're frustrated because your prediction wasn't fulfilled, so your exploratory behavior increases -- you do more stuff."

Predicting outcomes of social interactions is a major job of the brain. In these early stages, babies, as rookie communicators, are beginning to figure out if they, themselves, are successful communicators.

Lead author Steven Elmlinger, a doctoral candidate in psychology at Cornell, noted that the findings are important not just for parents of young children, but for anyone interested in how people communicate with one another.

The National Institutes for Health has more on speech and language developmental milestones in babies.