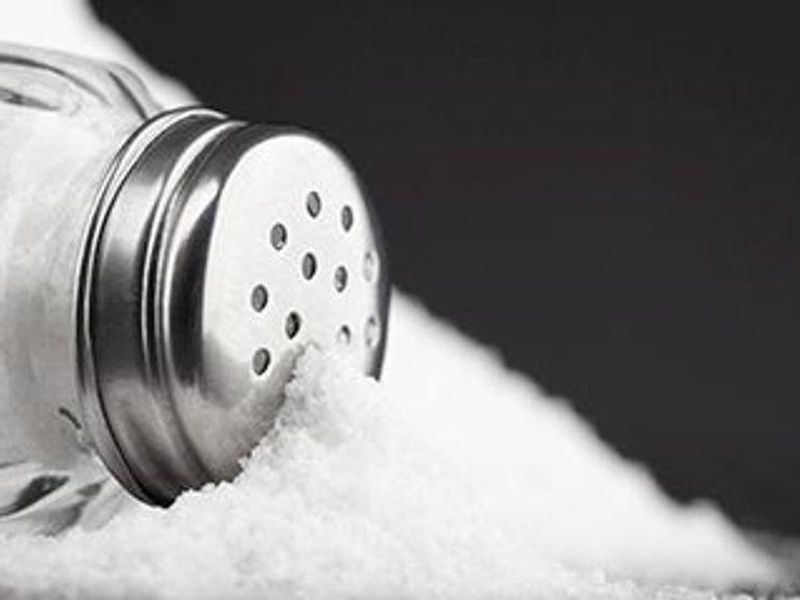 People who douse their meals in salt may have a shorter life than those who rarely reach for the salt shaker, a large new study suggests.

The study, of more than 500,000 British adults, found that those who always sprinkled salt on their food at the table were 28% more likely to die prematurely than people who rarely added salt to their meals.

On average, salt lovers shaved about two years off of their life expectancy at age 50.

The findings do not prove the salt shaker is a deadly weapon. But they do support going lighter on the condiment, said lead researcher Dr. Lu Qi, of Tulane University School of Public Health and Tropical Medicine in New Orleans.

"It's a simple behavior people can modify," Qi said.

Processed foods and ready-to-go meals are often heavy in sodium, and best limited. But, Qi noted, it can be tricky to avoid the sodium lurking in prepared foods. Resisting the salt shaker on your kitchen table is straightforward.

Health experts have long advised limiting sodium in the diet -- largely to help control blood pressure levels. Yet studies have been mixed as to whether that lengthens people's lives. One likely reason is the way that studies measure sodium intake, Qi said.

Some have measured sodium in participants' urine samples, which only reflects their recent salt intake. Others have asked people about the foods they've eaten in the past month or so, which is also an imperfect estimate.

In contrast, Qi said, a habit of topping every meal with salt says something about a person's long-term taste preferences.

The findings are based on 501,379 adults taking part in the UK Biobank Study. When they were recruited, between 2006 and 2010, they answered questionnaires on their diet and lifestyle habits.

Over nine years, more than 18,000 participants died prematurely -- which the researchers defined as before age 75. When they assessed each person's life expectancy, they found that the risk of an untimely death was 28% higher among people who'd said they "always" used salt at the table, versus those who never or rarely did.

Of course, there may be many differences between those groups of people. The "never" group is likely to have other healthy habits, for example.

But, Qi said, his team accounted for many such differences, including people's exercise levels, smoking and drinking habits, body weight and health conditions like diabetes and heart disease. And salt habits, themselves, were still linked to the odds of premature death.

Among male salt lovers, that amounted to over two years lost from their life expectancy at age 50. Their female counterparts lost 1.5 years of life, on average.

The study cannot show why, Qi said. But he thinks the effect of excess salt on blood pressure is the primary reason: People who habitually added salt to their food had an increased risk of dying from stroke or heart disease, specifically.

The findings were published July 10 in the European Heart Journal.

Whitney Linsenmeyer is an assistant professor of nutrition at Saint Louis University. She said that in her experience, people often reach for the salt shaker out of pure habit.

"Oftentimes, it just takes a bit of raised consciousness to break that habit," said Linsenmeyer, who is also a spokesperson for the Academy of Nutrition and Dietetics.

A dash of salt is not "forbidden," she said, but it's a good idea to taste your food first, to see if that dash is really needed.

Linsenmeyer also pointed to other ways to get a flavor boost. Herbs, spices or a bit of vinegar or lemon juice can do the job. She noted, though, that packaged herb blends often contain salt, so people should either use them lightly or buy a sodium-free product.

"Often, it's helpful to focus on what's recommended in abundance, like vegetables and fruit, versus what has to be limited," Linsenmeyer said.

In fact, the current study pointed to a protective effect of healthy eating. Among people with the highest intake of vegetables and fruit, added salt showed no negative impact on longevity.

"It's tempting to focus on just one nutrient like sodium or saturated fat," Linsenmeyer said. "But the reality is we eat foods, not nutrients."