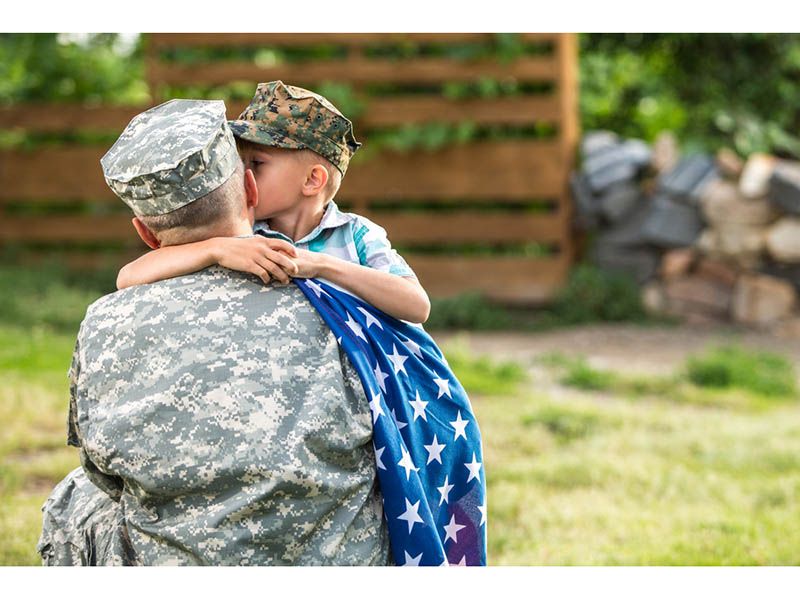 U.S. veterans are at higher risk for melanoma, the deadliest form of skin cancer, than most Americans, and new research finds they are also more likely to have advanced-stage disease when it's detected.

At the time of diagnosis, "we found veterans with melanoma were more likely to present with 'regional' or 'distant' disease," explained study author Dr. Rebecca Hartman, an associate chief of dermatology with the VA Boston Healthcare System.

"Primary care providers and dermatologists who care for veterans, as well as veterans themselves, should be aware of the elevated advanced melanoma risk in this population," Hartman added.

Hartman encouraged physicians to screen veterans as high-risk patients and for veterans to use sunscreen whenever possible. Also, quickly seek medical advice if and when lesions pop up, she said.

Regional disease, also known as stage 3 melanoma, is when tumor cells have spread from the original site of skin cancer to nearby lymph nodes, lymph vessels and/or other skin sites.

More advanced stage 4 ("distant") melanoma is when cancer has spread from the original problem site into the bloodstream, taking hold in relatively distant areas such as the lungs, liver or brain.

Veterans were also found to have relatively worse prospects for surviving their moderate- to advanced-stage illness, added Hartman, though she noted that survival odds have improved in recent years.

According to the American Cancer Society, skin cancer is the most common form of cancer. Although melanoma accounts for just 1% of those cancers, it's the biggest skin cancer killer by far.

Among veterans, melanoma is the fourth-most common form of cancer, and this group is particularly vulnerable for several reasons, the study team noted.

One is that being older, white and male are all high-risk factors. The cancer society pointed out that melanoma risk is about 20 times higher among white people compared with Black people; and the study team said 80% of U.S. veterans are white. More than nine in 10 veterans are also men, and just over half are older than 65.

Lifestyle also plays a role, with veterans less likely to use sunscreen, but more likely to be exposed to cancerous UV sunlight. That, said Hartman, is due to "their service experiences, which often take place outdoors and in high UV environments," with additional radiation exposure risk seen among Air Force veterans.

For the study, the investigators analyzed information gathered between 2009 and 2017 by the SEER (Surveillance, Epidemiology and End Results) program. SEER looks at cancer risk in one-third of the general U.S. population, among whom 166,000 non-vet melanoma patients were identified.

That data was then stacked up against information collected by the Veterans Affairs Central Cancer Registry over the same time frame. During that period, more than 15,000 vets were diagnosed with melanoma.

Compared with the general public, veterans had a nearly 18% higher risk for being initially diagnosed with stage 3 melanoma. Veterans also faced a 13% higher risk for getting an initial diagnosis of stage 4 melanoma.

And the chance that a veteran would not die from their cancer within five years after their diagnosis was consistently worse across all stages and ages, except for those diagnosed at age 80 year or older, the findings showed.

There were some bright spots, however. For example, among all patients with stage 4 illness, two-year survival odds improved both among the general public and among veterans, suggesting that new melanoma treatments are reaping rewards.

Specifically, two-year survival odds among stage 4 veterans rose from less than 38% between 2011 and 2014 to nearly 52% by 2015 to 2017. The jump among veterans exceeded the improvement seen among the general public.

Kim Miller is a cancer society scientist in surveillance research. She said she was "not altogether surprised by the findings," given that the vast majority (97%) of patients in the veteran analysis were men, while men accounted for only 57% in the general public pool of melanoma patients.

However, she pointed to one point of good news: "that veterans and the general population have both benefited from advances in immunotherapy and targeted drugs for stage 4 melanoma."

Also, the slightly better survival improvement seen among veterans, she said, might reflect the fact that those in the military actually have "better access to systemic treatments" compared with the general public.

Miller said it's important to know that "melanoma is highly preventable through the use of a broad-spectrum sunscreen (30 SPF or higher) and other behaviors, such as using protective clothing." And when melanoma does occur, catching it early is "critical," she said, when survival odds are far better.

The findings were published online May 17 in the Journal of the American Academy of Dermatology.

The American Cancer Society has more on melanoma risk.