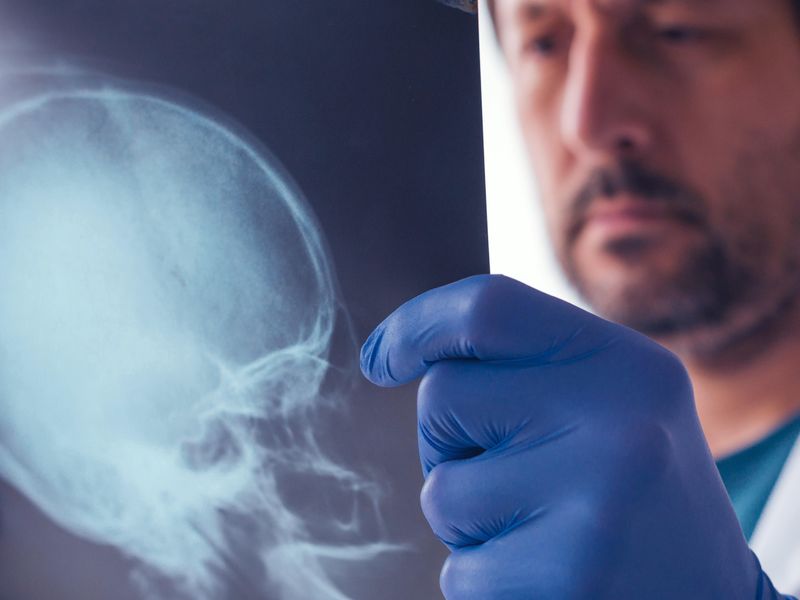 Major Head Trauma May Up Risks for Dementia

People who've had a major traumatic brain injury (TBI) may be at increased risk for dementia, according to a new study.

"Approximately 1 in 10 people in our study who had major TBI did develop dementia," said study co-author Dr. Rahul Raj, of the University of Helsinki in Finland.

A major TBI was defined as bleeding in the brain and a hospital stay of three or more days.

The researchers analyzed 20 years of data collected from nearly 32,000 people in Finland who completed health surveys every five years, and compared it with national health registries.

After adjusting for age and sex, people with major TBI were 1.5 times more likely to develop dementia than those without a TBI, the researchers concluded. There was no increased risk for those with a minor brain injury.

But after further adjustment for known dementia risk factors such as lower levels of education, smoking, drinking, inactivity and high blood pressure, the association between major TBI and dementia weakened.

Drinking and inactivity appeared to have the largest effect on weakening the association, according to the study authors.

"Considering that there is no cure for dementia or TBI, the results of our study suggest that prevention of other dementia risk factors such as excess alcohol consumption and physical inactivity could possibly reduce the risk of dementia in people with major TBI," Raj added.

The results appear in the May 11 online issue of the journal Neurology.

"Traumatic brain injury has been identified as a possible risk factor for dementia, and due to increasing numbers of people living with dementia, it is imperative to identify risk factors that might be modifiable to decrease the number of people who develop dementia in the future," Raj said in a journal news release.

Also, "more research is needed in larger groups of people," he added.

There's more on dementia risk factors and prevention at Alzheimers.gov.