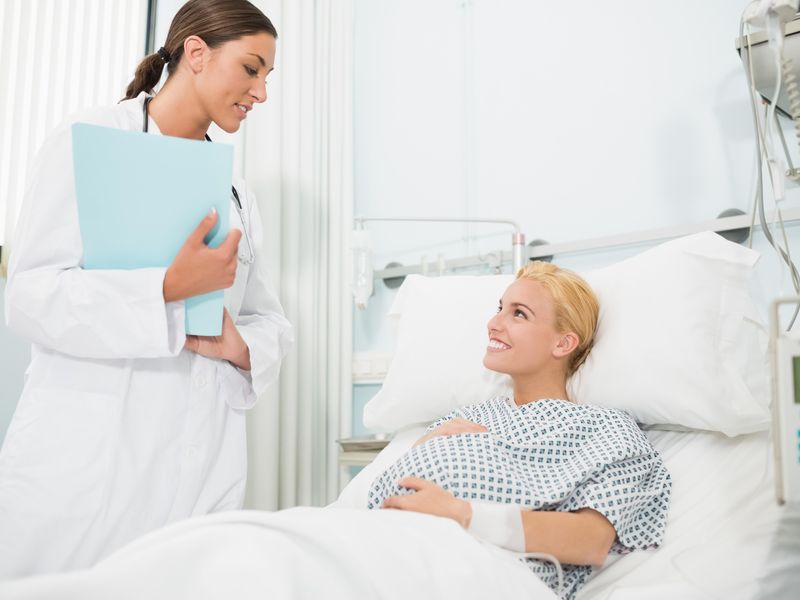 High blood pressure complications during pregnancy can be scary, but a new study warns they also significantly raise a woman's risk for heart disease later in life.

"Women with a history of gestational hypertension or preeclampsia should be informed that they have an increased risk for cardiovascular disease," said study author Jennifer Stuart. She is an associate epidemiologist in the division of women's health at Brigham and Women's Hospital and Harvard Medical School, in Boston.

"While the American Heart Association and American College of Cardiology recognize these conditions as cardiovascular risk factors, women and their providers have lacked clear direction on what to do in the intervening years between delivery of a hypertensive pregnancy and the onset of cardiovascular disease," Stuart said in a news release from the U.S. National Heart, Lung, and Blood Institute, which funded the study.

High blood pressure, high cholesterol, type 2 diabetes and being overweight or obese after pregnancy account for most of the increased risk of future heart disease and events such as heart attack or stroke, according to the researchers.

For the study, they analyzed data from more than 60,000 U.S. women in the Nurses' Health Study II and found that nearly 10% of them developed high blood pressure during their first pregnancy.

Among those women, 3% developed gestational hypertension (an increase in blood pressure during pregnancy) and 6.4% developed preeclampsia - a more severe complication marked by a sudden rise in blood pressure that can affect organs and pose risks for both mother and baby. Both conditions are often diagnosed after 20 weeks of pregnancy.

After about 30 years, when the women's average age was 61, about 1.8% of study participants had suffered a heart attack, stroke or other cardiovascular event.

Overall, women who had high blood pressure complications during pregnancy had a 63% increased risk of heart disease later in life. The risk of heart disease, and the type of heart event and when it occurred, were often associated with specific high blood pressure complications during pregnancy, the investigators found.

Compared to women with normal blood pressure in pregnancy, those who had gestational hypertension had a 41% increased risk of heart disease and were more likely to have a stroke about 30 years after their first pregnancy, the findings showed.

Those who had preeclampsia had a 72% higher risk of heart disease and were more likely to have a coronary artery event, such as a heart attack, as early as 10 years after their first pregnancy, according to the study published May 9 in the Journal of the American College of Cardiology.

There's more on high blood pressure during pregnancy at the American Academy of Family Physicians.