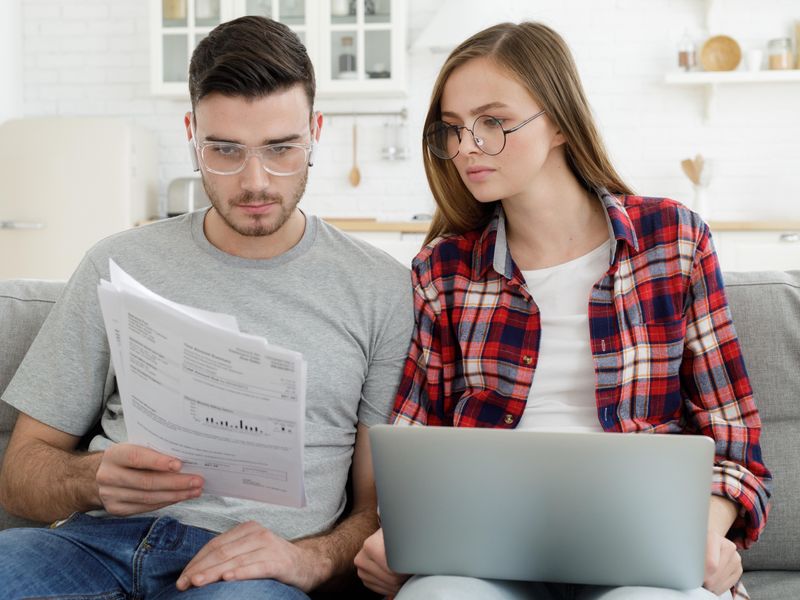 As the Biden Administration weighs the possibility of broad student loan forgiveness, a new study finds that people mired in student debt face a heightened risk of heart disease by middle age.

The findings are not the first to suggest that student debt can take a mental and physical toll.

Young adults who are paying off huge loans have been shown to have poorer sleep, higher blood pressure and higher rates of smoking than their debt-free peers -- though why remains uncertain.

The new study suggests that while student loans can bring big benefits -- namely, a college degree -- there may be health consequences for people who struggle for years to repay them.

That was in comparison both to people who'd never been in debt and those who'd paid off their student loans more quickly.

In recent years, there's been a growing recognition of the "financial toxicity" that can come with debt, including being buried in medical or household bills.

"I think this new study is important because it's focusing on student debt," said Thomas McDade, a professor and fellow with the Institute for Policy Research at Northwestern University in Evanston, Ill.

McDade, who was not involved in the research, noted that student loans can be seen as a benign form of debt: It's taken on in exchange for a higher degree and the positives that go with it -- the potential for earning more, moving up a career ladder, and having health insurance and other job benefits.

Those things are all associated with better physical and mental health.

"But it has to be a manageable amount of debt," McDade said.

"Stress has direct physiological effects on the body," he said, "and it also affects your behavior -- how you eat, whether you smoke."

Plus, McDade added, when people spend years paying off debt, they have less money for healthy food, a gym membership or stress-relieving vacations from work.

For the study, researchers led by Adam Lippert, from the University of Colorado Denver, used data from a long-running project that tracked the health of nearly 4,200 Americans between 1994 and 2018. At the first assessment, participants were in middle school or high school. By the final one, they were between the ages of 33 and 44.

Overall, 37% reported no student debt in either early adulthood or in their 30s or 40s. Just over half, however, were either consistently in debt due to student loans, or took out loans between young adulthood and middle age.

Another 12% had student loans but paid them off in a relatively short time span.

It turned out that people with student debt in their 30s and 40s had higher cardiovascular "risk scores" by the final study evaluation. Those scores are based on factors such as weight, smoking, high blood pressure and diabetes.

People with lingering debt also had higher blood levels of CRP. That's an important finding, McDade said, since it links student debt to a biological marker of chronic inflammation -- though it doesn't prove the strain of debt is the cause.

The findings were published May 3 in the American Journal of Preventive Medicine.

Other research has tied student debt to serious mental health tolls, according to J. Geiman, a policy analyst at the Center for Law and Social Policy in Washington, D.C.

For example, a 2021 survey found that 1 in 14 high-debt student loan borrowers had ever thought about suicide due to the financial burden.

Student debt is also a matter of health equity, said Geiman, who was not involved in the new study: Black Americans, on average, take out more student loans and borrow more money, while reaping fewer rewards -- with lower college graduation rates than most other racial and ethnic groups. So, they are more likely to bear the substantial downsides of borrowing.

Geiman also pointed to the bigger context: The latest findings are based on people who went to college 20 years ago or more -- and now the outlook may be worse.

"College tuition is up, the cost of living is up, and wages have stagnated," Geiman said.

Higher education certainly has many benefits, McDade said, but ultimately, the soaring cost of attaining it needs to be addressed.

"Everyone should have the right to pursue higher education if they want, without bearing an undue financial burden," McDade said.