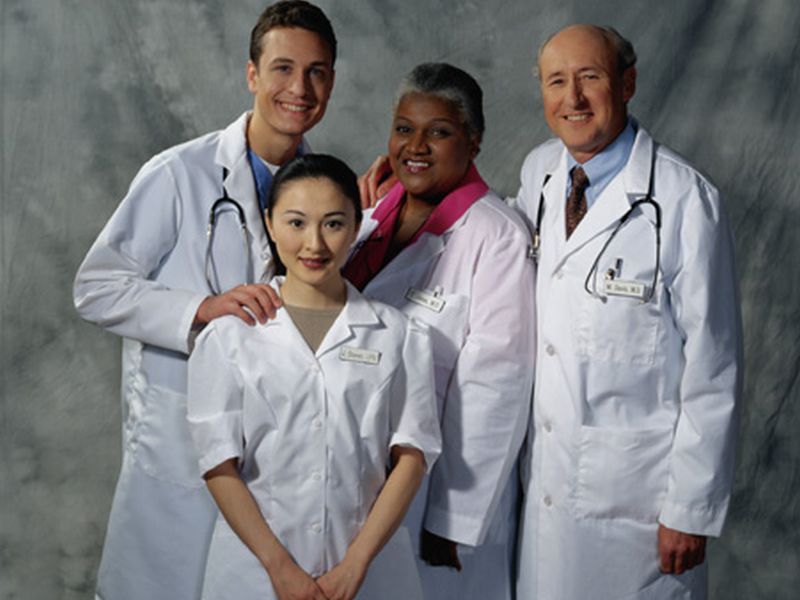 U.S. medical schools are not keeping pace with a nation that is more racially and ethnically diverse every day, a new study reports.

The schools' clinical faculty and leadership are not as diverse as the communities around them, though there are some positive developments, according to the findings.

It is not enough to set diversity quotas, said lead author Dr. Sophia Kamran, an assistant professor of radiation oncology at Harvard Medical School and a radiation oncologist at Massachusetts General Cancer Center.

"We have to also focus on retention and development," she said in a hospital news release. "We need evidence-based initiatives that create inclusive environments that can support cultural change."

Kamran said she was inspired to dig into the issue by her personal experience as a Hispanic woman who was the first person in her family to attend college, then medical school.

"I didn't have many mentors, teachers or role models in clinical medicine from a similar background as mine to help guide me," she said.

The findings suggest the need to recruit more underrepresented clinical faculty candidates and to find ways to support them throughout the academic pipeline, Kamran said.

For the study, her team analyzed Association of American Medical Colleges' data for full-time faculty members in 18 clinical academic departments. The research period spanned 1977 through 2019.

The researchers also zeroed in on data for those groups considered to be underrepresented in medicine (URM), including Black people and those who are Hispanic, Native Hawaiian or Pacific Islander, American Indian or native Alaskan.

The proportion of URMs rose, but modestly. Black people and Hispanics still represent a small part of total clinical faculty, the study found. Representation of Black men in academic medicine has leveled off or dropped, particularly among clinical faculty and department heads, according to the study. That trend began about 10 years ago.

"This is an area in desperate need of study, because we need to reverse these trends in order to address the lack the Black leadership at all levels of academic medicine," Kamran said.

At all faculty levels, those who were Native Hawaiian/Pacific Islander and American Indian/Native Alaskan accounted for less than 1%.

The study noted that increasing diversity is important because other research has shown that patients often have better health outcomes when cared for by physicians of similar backgrounds who can identify with their life experiences.

"The U.S. population is going to continue getting more diverse as time goes on," Kamran said. "We're sounding the alarm because we are clearly falling behind."

The findings were published April 6 in the New England Journal of Medicine. It follows similar research published last year.

The American Medical Association has more on diversity in medicine.