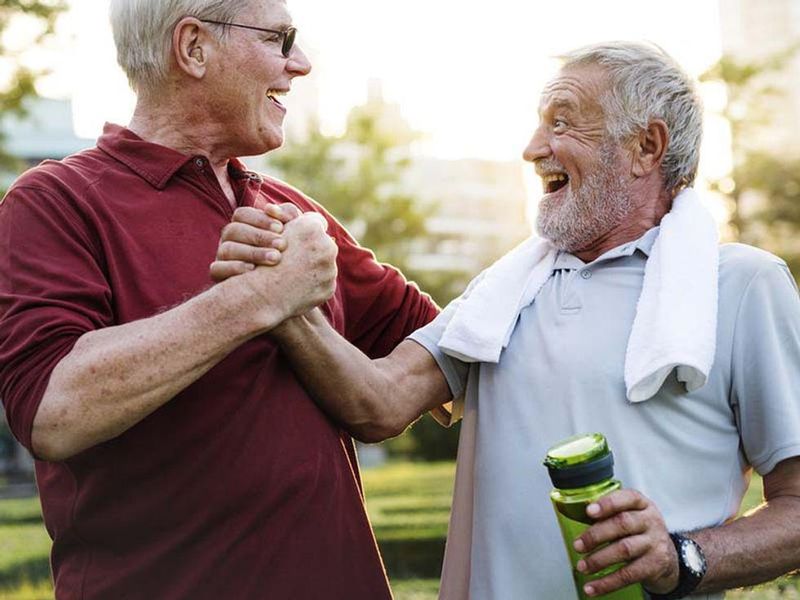 Older adults may not only be living longer, but better as well, according to a new U.K. study.

Researchers found that since the 1990s, British adults age 65 and up have been enjoying more years living independently, free of disability.

That's despite the fact that many chronic health conditions have become more common. In fact, disability-free years rose not only among healthy seniors, but those living with conditions like heart disease, diabetes, arthritis and vision and hearing problems.

Experts called the findings -- published March 15 in the journal PLOS Medicine -- good news. And they align with other recent studies that are dispelling the notion that old age should be dreaded.

"I think the main message is that having a long-term condition does not mean you cannot live an independent life for a long time," said senior researcher Carol Jagger.

The caveat is this: Vibrant golden years do not happen by chance, added Jagger, an emerita professor at Newcastle University in England.

It's likely that older people are faring better because of improved treatments for various chronic ills, plus changes for the better in lifestyle and environment.

"Treatments for conditions like stroke, coronary heart disease and diabetes have become much better, and people are treated earlier," Jagger said. "Smoking rates have been reduced as well, which will have contributed."

While the study was done in Britain, research in America has shown similar trends, according to Esme Fuller-Thomson, director of the University of Toronto's Institute for Life Course and Aging.

Fuller-Thomson, who was not involved in the study, saw the findings as more "great news."

"There tends to be a doom-and-gloom view of aging," she said. "But there's never been a better time to be an older person."

The outlook was not all positive, however: Jagger's team found that older adults with dementia are actually spending a somewhat greater percentage of their final years with disability compared to the 1990s.

That might be due to the lack of treatments for dementia, according to Jagger.

On the other hand, dementia actually became less common over time -- in contrast to the physical ills the study tracked. By 2011, dementia was 30% less prevalent among British seniors, versus 1991.

That's an encouraging trend that has been seen in other studies, Fuller-Thomson said. In her own recent work, she found that the percentage of older Americans reporting problems with memory and thinking declined between 2008 and 2017, from just over 12% to 10%.

The reasons were not fully clear, but rising education levels seemed to account for part of the trend.

According to Fuller-Thomson, it's possible that reflects the "cognitive reserve" theory: People with more education may better weather the brain damage that marks the dementia process: They may function at a higher level, for longer, than less-educated people with the same brain changes.

Fuller-Thomson agreed that improved treatments for physical health conditions likely help explain the current findings -- especially for stroke. Advances in treating strokes in progress can limit the brain damage, and subsequent disability, they cause.

Like Jagger, Fuller-Thomson pointed to declines in smoking as another factor, as well as improvements in blood pressure control and a drop in hip fractures -- a major cause of death and disability among the elderly.

Compared with the earlier group, seniors in the more recent study had a longer life expectancy. Men gained almost 5 years, on average, while women gained 2 years. Most of that time, the study found, was disability-free -- meaning people were out and about in the world, and doing daily tasks on their own.

Older folks gained that time regardless of whether they had physical health conditions. The biggest improvements were seen among stroke survivors, who gained 3.5 to 4.3 years free of disability.

In contrast, men with dementia did gain some disability-free time, but that was matched by time with disability. Women, meanwhile, saw a negative trend: By 2011, they could expect to live 48% of their remaining years without disability, versus 52% in 1991.

One health trend that has worsened over time is obesity. The current study saw improvements in disability-free years despite that.

But whether those gains will eventually stall out due to obesity, Fuller-Thomson said, remains to be seen.

The U.S. National Institute on Aging has advice on healthy aging.