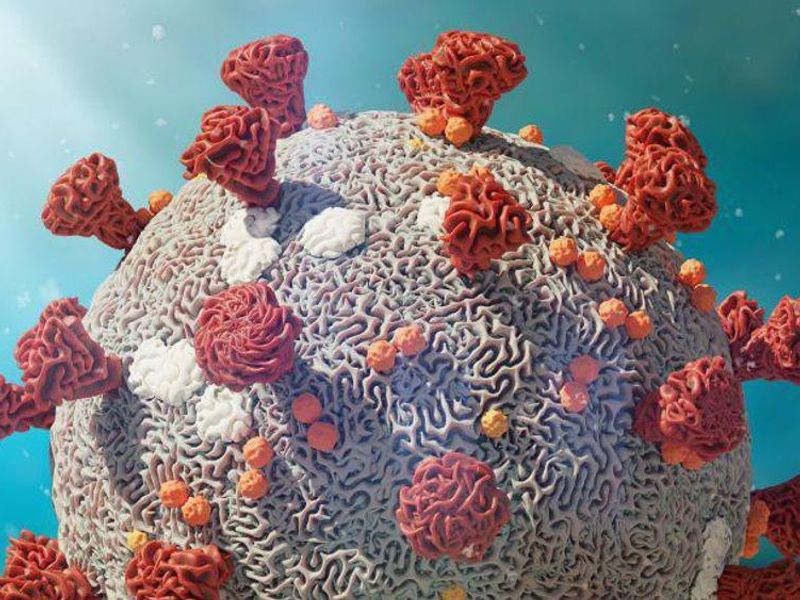 Quality of Antibodies to COVID Improves Over Time: Study

Antibodies against SARS-CoV-2 grow more effective in the months after a person gets the Pfizer COVID vaccine, according to a new study.

In sheer numbers, antibody levels did decline over the months after vaccination. However, the new findings showed that antibodies that remained became steadily stronger and more precisely targeted against the virus.

That means that even low levels of antibodies would continue to provide some protection against the original strain of the virus, according to researchers at Washington University School of Medicine in St. Louis.

"If the virus didn't change, most people who got two doses of this vaccine would be in very good shape," said study senior author Ali Ellebedy, an associate professor of pathology and immunology.

What researchers saw was exactly what they'd expect from a robust immune response, he said.

"We never thought that six months following that second injection, many people would still be actively improving the quality of their antibodies," Ellebedy said in a university news release. "To me, that is remarkable. The problem is that this virus keeps evolving and producing new variants. So, the antibodies are getting better at recognizing the original strain, but unfortunately the target keeps changing."

The researchers analyzed blood samples from 42 people and lymph node samples from 15. The samples were collected before participants received their first dose of the Pfizer-BioNTech COVID vaccine, and three, four, five, seven, 15 and 29 weeks afterward.

Bone marrow samples were also taken from 11 people 29 and 40 weeks after their first shot. Eight people provided all three kinds of samples. These eight did not catch COVID, so their antibody response came from vaccination alone.

The researchers found that the quality of antibodies improved after six months. Early after vaccination, only 20% of antibodies bound to a protein from the virus, compared with nearly 80% six months later, according to findings published Feb. 15 in the journal Nature.

"When you look at antibodies, quantity should not be your only concern," Ellebedy said. "The antibodies at six months might be less in quantity, but they are much better in quality. And that refinement of the antibody response happens on its own. You get your shot, maybe your arm hurts for a day, and then you forget about it. But six months later your germinal centers are still ongoing and your antibodies are still getting better and better."

However, Ellebedy noted that the quality of the antibodies is measured against the original virus used to create the vaccine.

"Everything changes when a new variant comes," Ellebedy said. "You have to retrain your immune system. It's like updating your anti-malware software to make sure it matches the newest computer viruses that are going around. It doesn't mean the old software was bad. It just means it no longer completely matches the viruses it is going to encounter."

In light of that, the researchers are studying how variant-specific boosters affect the antibody response to vaccination.