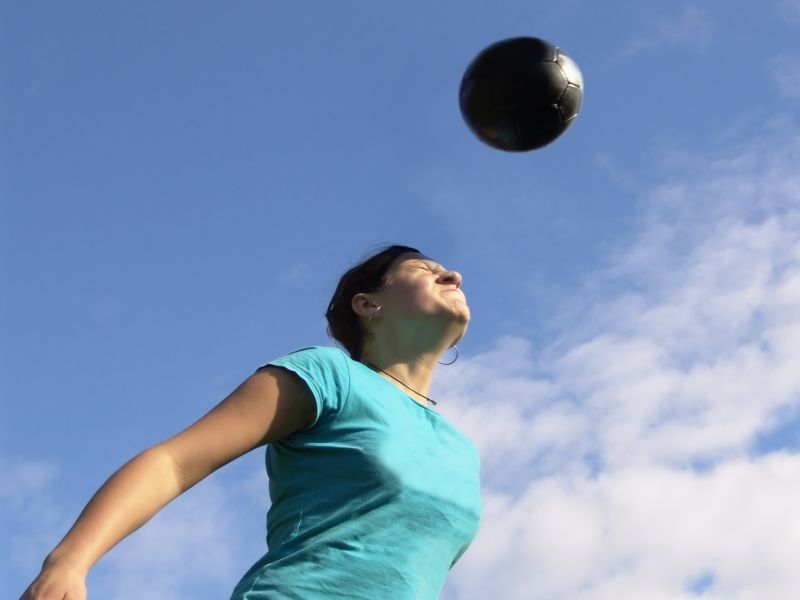 Soccer Headers May Disrupt Key 'Pathways' in the Brain

Soccer headers are a staple of scoring in any match, but new research suggests that the practice can harm what experts called "signaling pathways" in the brain.

The findings are based on analyses of blood samples from 89 professional soccer players, aged 18 to 35, in Norway.

The blood samples were taken when the players were at rest and one hour and 12 hours after three situations: repetitive headers during practice; accidental head impacts during a game (any situation where a player appeared to be hit in the head, face or neck, the match was interrupted by the referee and the player remained lying on the ground for more than 15 seconds); and high-intensity exercise.

The blood samples were analyzed for levels of biomarkers called microRNAs, which can be altered in response to mild traumatic brain injury (TBI). Both heading the ball and accidental impacts to the head affected microRNAs associated with several brain signaling pathways, but high-intensity exercise had no effect.

The study was published Feb. 16 in the journal Brain Injury.

"This is a relatively small sample-size exploratory study, but future findings expanding upon our research could ultimately lead to an improved understanding of the potential hazardous effects of repetitive head impacts. With millions of people playing soccer worldwide this might ultimately have a substantial influence on public health," Sandmo said in a journal news release.

"Overall," the study authors concluded, "the findings do add further evidence to demonstrate how microRNAs may be used as brain injury biomarkers. These have the potential to differentiate injury severity and to discriminate between types of head impacts seen in soccer, if reproduced in further studies."

For more on preventing brain injuries in sports, go to the U.S. Centers for Disease Control and Prevention.