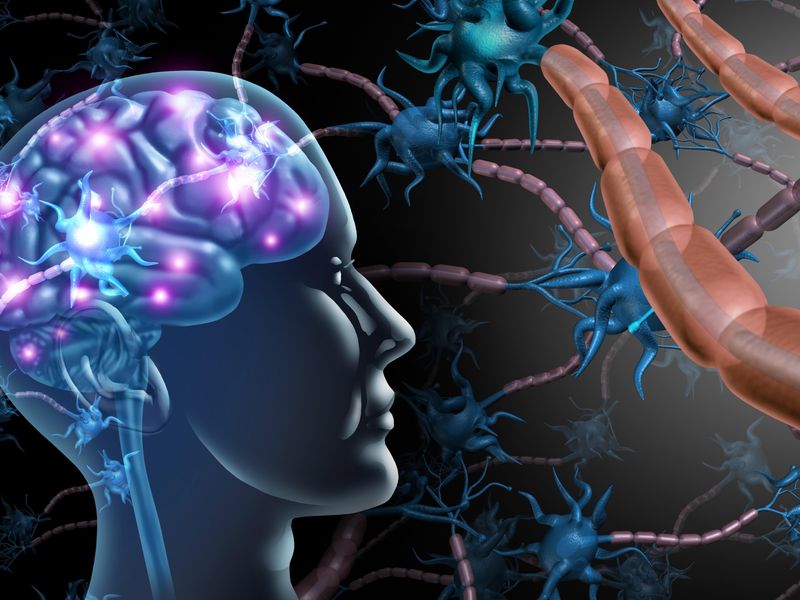 Scientists Discover How the 'Mono' Virus Might Trigger MS

A one-two punch from science has clearly tagged the mononucleosis virus, Epstein-Barr, as a major cause of multiple sclerosis.

The Epstein-Barr virus (EBV) appears to trigger multiple sclerosis (MS) by tricking the immune systems of some into attacking their body's own nerve cells, a new study indicates.

"We demonstrated that a specific protein in EBV mimics a protein in people's brains, and that mimicry is what makes EBV cause multiple sclerosis," explained senior researcher Dr. William Robinson, chief of immunology and rheumatology at Stanford University in California.

This new paper explains the results of a study published recently in the journal Science, in which it was found that MS risk skyrockets 32-fold after a person is infected with Epstein-Barr.

That study of more than 10 million U.S. military personnel established a "very tight link" between Epstein-Barr and MS, Robinson said. EBV was present in all but one out of 801 MS cases that occurred among that group over 20 years.

But the previous research left unanswered why the ubiquitous "mono" virus -- about 95% of people are infected by Epstein-Barr at some point in their lives -- might cause MS, much less why it would trigger the nerve disease only in a select number of unlucky souls.

Studying blood samples taken from nine MS patients, researchers found that these people carried antibodies that bonded both to the Epstein-Barr virus as well as a protein called GlialCAM found in the human nervous system.

GlialCAM is an "adhesion molecule" that serves as the glue for myelin, a fatty insulating sheath that coats nerve fibers much like the coating you'd find around an extension cord or electrical wire, Robinson said.

Essentially, an MS patient's immune system mistakes this essential component of nerve protection with the Epstein-Barr virus and attacks, harming the myelin coating and damaging the nervous system.

"This really provides a plausible mechanism by which we might connect immune response to Epstein-Barr virus to trigger MS," said Mark Allegretta, vice president of research for the National MS Society.

The genetics of a person's immune system provides the last critical piece of the puzzle, Robinson added. Only certain people carry the specific genetic variations that cause the immune system to mistake GlialCAM for the Epstein-Barr virus.

"Certain genes bind the EBV proteins in a certain way, and that's what makes those individuals get MS," Robinson explained. "It's how other genes in a person's body bond and present the EBV to the immune system that determines who gets MS and who doesn't."

The findings were a surprise to Robinson, who said that as recently as five years ago he was an "extreme skeptic" regarding the notion that Epstein-Barr could cause MS.

"Everybody has thought that perhaps a virus could cause it or a bacteria might cause it, but nobody's been able to prove it," Robinson said. "We've proven that Epstein-Barr virus is mechanistically inducing or triggering MS. We've finally definitively demonstrated that is in fact the case."

The findings were published Jan. 24 in the journal Nature.

Genetic testing for those specific variants could help determine which people with Epstein-Barr virus are at risk for developing multiple sclerosis later in their lives, Robinson noted.

This new understanding of the link between Epstein-Barr and MS also opens the door to potential therapies and preventive measures, Robinson and Allegretta added.

MS patients also might benefit from treatment with antiviral medications or immune therapies that turn off the antibody response that cross-reacts between Epstein-Barr and GlialCAM, Robinson said.

However, Allegretta isn't ruling out that other viruses might also trigger MS. He'd like to see more research into the genetics that cause some people, but not others, to develop MS after exposure to Epstein-Barr.

"I want to emphasize there is clearly a lot of work that needs to be done, but this certainly is promising data that's connecting the earlier finding of Epstein-Barr virus to a plausible mechanism," Allegretta said.

The U.S. National Institutes of Health has more about multiple sclerosis.