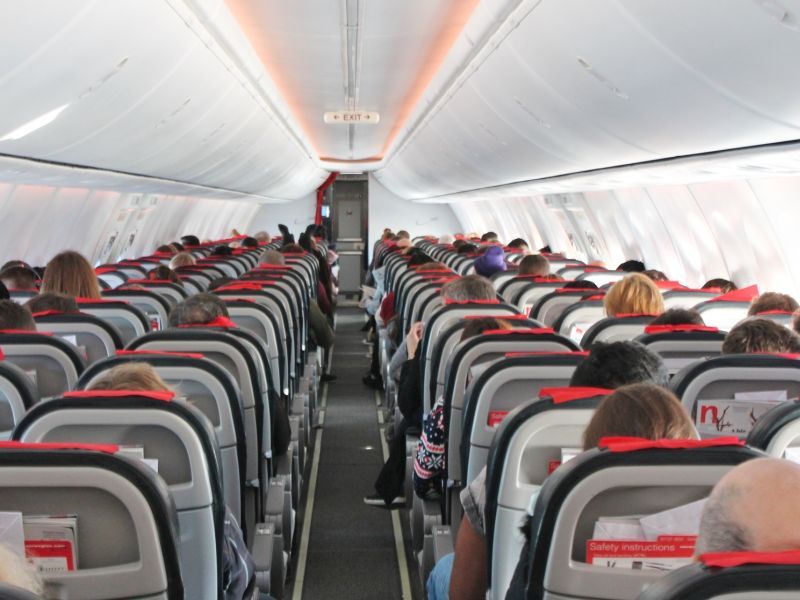 The Omicron variant continued to keep flights grounded on Monday as airlines canceled at least 2,400 more flights around the world, including 900 in the United States.

Several airlines acknowledged that COVID-19 was contributing significantly to the cancellations, not just the usual bad weather and maintenance issues, the New York Times reported.

A JetBlue spokesman said that the airline had "seen an increasing number of sick calls from Omicron," the newspaper reported.

As people return to air travel, some for the first time in a couple of years, airlines were forced to cancel 2,300 flights in the United States on Saturday and Sunday alone, according to data service FlightAware.

To keep it in perspective, these flights are just a small percentage of those scheduled. The Times reported that according to FlightAware data, 12% of JetBlue flights, 6% of Delta Air Lines flights, 5% of United Airlines flights and 2% of American Airlines flights were canceled on Sunday.

Though Southwest Airlines canceled 68 of its flights, about 1%, it attributed them all to weather.

"We haven't had any operational issues related to COVID," Southwest spokesman Dan Landson told the Times.

Airlines expect this Sunday to be a high travel day as folks return home from holiday visits. And the Omicron variant, which is now responsible for more than 70% of the new coronavirus cases in the United States, has already helped push daily case averages above 200,000 for the first time in almost a year, the Times reported.

"When you make vaccination a requirement, that's another incentive to get more people vaccinated," Fauci told MSNBC. "If you want to do that with domestic flights, I think that's something that seriously should be considered."

The cancellations appeared to have a minimal impact on airline stock prices, with the four largest less than 1% lower on Monday.

Still, an airline trade group is asking the U.S. Centers for Disease Control and Prevention to shorten the recommended isolation time for fully vaccinated employees who test positive from 10 days to five with a negative test. But the flight attendants' union has suggested that reduced isolation is something that should be decided by public health officials rather than airlines.

"Swift and safe adjustments by the CDC would alleviate at least some of the staffing pressures and set up airlines to help millions of travelers returning from their holidays," JetBlue spokesman Derek Dombrowski told the Times.

Travel has rebounded this year, with 2 million people going through screening checkpoints each day last week, according to the U.S. Transportation Security Administration. This was much higher than Christmas Eve and Christmas Day in 2020, and in some cases higher than those days in 2019, before the new coronavirus took off around the world.

The U.S. Centers for Disease Control and Prevention has more on COVID-19 and travel.