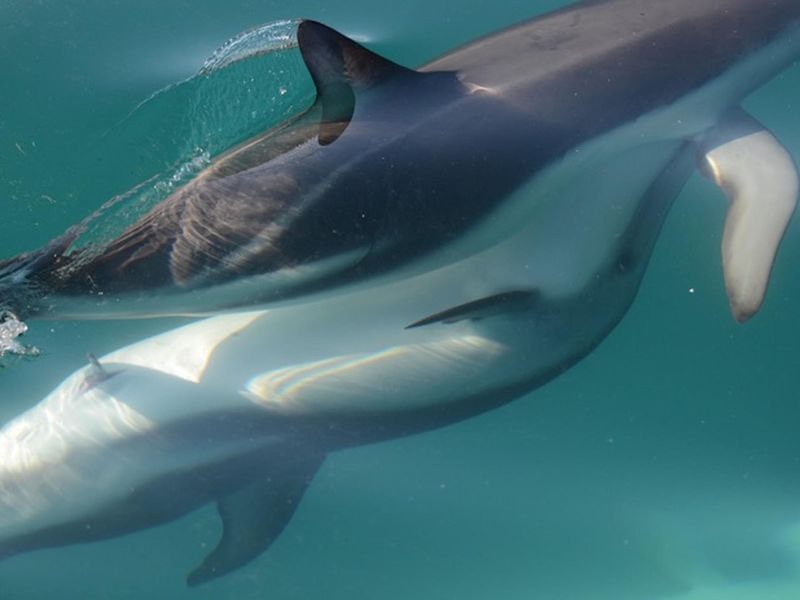 The sex lives of dolphins may seem to be an esoteric scientific subject, but there are researchers who wondered if a certain part of a female dolphin's anatomy might produce pleasure.

"Every time we dissected a vagina, we would see this very large clitoris, and we were curious whether anyone had examined it in detail to see if it worked like a human clitoris," explained study first author Patricia Brennan, an assistant professor of biological sciences at Mount Holyoke College in South Hadley, Mass.

"We knew that dolphins have sex not just to reproduce, but also to solidify social bonds, so it seemed likely that the clitoris could be functional," she said.

Now, Brennan and her team suggest that dolphins do indeed have a functional clitoris. The findings were published Jan. 10 in the journal Current Biology.

The clitoris-like structure positioned in the vaginal entrance of bottlenose dolphins has a lot of sensory nerves and erectile bodies.

The researchers looked at clitorises from 11 female dolphins that had died naturally. They examined them for the presence, shape and configuration of erectile bodies. They also looked at how nerve fibers ran through the tissues. They said that what they saw supports the notion of a working clitoris in dolphins.

"Just like the human clitoris, the dolphin clitoris has large areas of erectile tissue that fill up with blood," Brennan said in a journal news release.

The skin in that area is thinner than in adjacent skin, according to the study, which also found large nerves and many free nerve endings right underneath the skin of the clitoris.

Researchers also found genital corpuscles much like those previously described in the human clitoris and penis tip. Those are known to be involved in the pleasure response.

"Since the entire pelvis of dolphins is so different to humans, it was surprising to see how similar the shapes were," she said. "Also, the size of the nerves in the clitoris body was very surprising. Some were larger than half a millimeter in diameter."

While scientists have known that dolphins are highly social and have sex throughout the year as a way of forging and maintaining social bonds, study of the clitoris and female sexual pleasure in nature is a topic that has seen little research. Even the human clitoris wasn't fully described until the 1990s.

"This neglect in the study of female sexuality has left us with an incomplete picture of the true nature of sexual behaviors," Brennan said. "Studying and understanding sexual behaviors in nature is a fundamental part of understanding the animal experience and may even have important medical applications in the future."