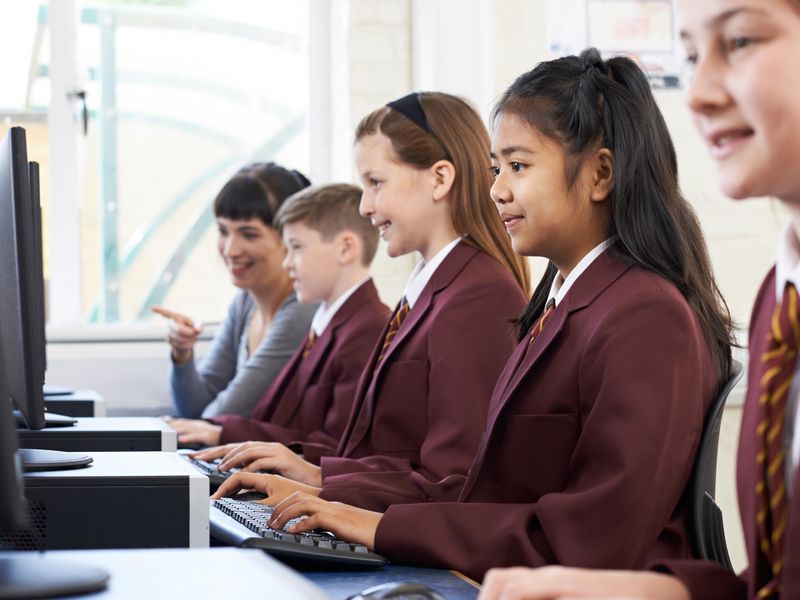 Do Kids Act Better When School Uniforms Are the Norm? Maybe Not

Ask a teacher whether school uniforms make a difference in their classrooms, and many are sure of it.

They insist those crisp shirts and ties and those modest plaid skirts help kids focus on their classwork, level the playing field and boost attendance, among other perks.

But a new study says it's just not so.

Turns out, school uniforms don't seem to have any effect on student behavior or attendance, according to a nationwide study of kids in public and private elementary schools.

Even so, uniforms are becoming more common, even in public schools. In the 2017-2018 school year, 20% of public schools required students to wear them, according to the National Center for Education Statistics. That's up from just 3% in 1995-1996. Uniforms are so popular these days that large-scale retailers such as Walmart, Target and Amazon now sell their own product lines.

Ansari's team analyzed data on more than 6,300 elementary school-aged kids. They were part of the Early Childhood Longitudinal Study, which followed a nationally representative sample of kids from kindergarten through the end of fifth grade.

Every year, teachers rated each student on personal problems such as anxiety and social withdrawal, as well as behavior issues such as aggression or destruction of property, and on social skills. Teachers also reported on attendance.

The upshot: Uniforms had zero effect on behavior in any grade.

Low-income students in schools that required uniforms did have slightly better attendance, but it amounted to less than one day a year, the study found.

Researchers also looked at self-reports from the students when they were in fifth grade. No differences in bullying or social anxiety emerged among them.

But there was one key difference: Asked about their sense of school belonging and spirit, fifth graders who had to wear uniforms reported lower levels than their peers in schools with no uniform requirements.

"Fashion is one way that students express themselves, and that may be an important part of the school experience," Ansari said. "When students can't show their individuality, they may not feel like they belong as much."

These findings held across both public and private schools.

"We do think it is important that further consideration be given to different student outcomes as a function of school uniform policies and that studies of older students be done as well," Ansari said.

Mary Miele, a learning specialist and education consultant in New York City, said there's been much debate about whether uniforms add to or detract from a student's ability to learn and behave in school. She was not part of the new research.

"This study has demonstrated findings that suggest uniforms do not create a student who is more focused, more cohesive with their peers, and with a stronger sense of identity," said Miele, author of "Supporting School: A Guidebook for Parents and Educators."

"It's not surprising to me that a simple uniform policy does not create a myriad of positive learning outcomes," she added.

Still, wearing a uniform is a tradition for many schools and difficult to change.

"To yield stronger learning outcomes, we must offer solutions that are not one-sized-fits-all, such as wearing a uniform or taking one test or attending one school, instead we must define the outcomes we want in education in collaboration with the student we have and offer a myriad of evidence-based routes to achieve them," Miele said.

Nemours Children's Health offers tips on how to help your child succeed in school.