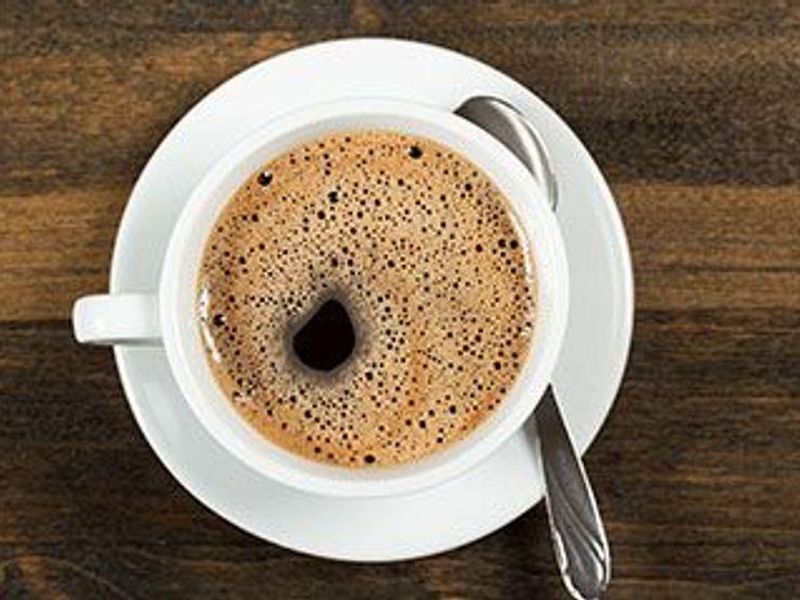 Could Coffee Help Lower Your Odds for Alzheimer's?

Coffee lovers know a steaming cup of java can quickly deliver energy and mental clarity every morning, but new research suggests it may also guard against Alzheimer's disease in the long run.

"Worldwide, a high proportion of adults drink coffee every day, making it one of the most popular beverages consumed," said lead researcher Samantha Gardener, a post-doctoral research fellow at Edith Cowan University in Western Australia.

"With Alzheimer's disease, there's currently a lack of any effective disease-modifying treatments. Our research group is specifically looking at modifiable risk factors that could delay the onset of the disease, and even a five-year delay could have massive social and economic benefits," she added.

For the study, Gardener and her team investigated whether coffee intake affected the rate of cognitive decline over 10 years in more than 200 people who were part of the Australian Imaging, Biomarkers and Lifestyle Study.

In the study, higher coffee intake appeared to be slowing the accumulation of amyloid protein in the brain, as well as being linked to positive results in the areas of executive function and attention.

Drinking coffee could be an easy way to delay the onset of Alzheimer's disease, Gardener suggested, but more research is needed.

"This is, obviously, preliminary data and it needs a lot more research before being recommended, but it's really positive, and hopefully in the future it can be incorporated as a modifiable lifestyle factor that can delay Alzheimer's disease onset," Gardener said.

It's not clear what component of coffee might make the difference. The study did not differentiate between caffeinated or decaffeinated coffee, whether it was prepared at home or purchased outside the home or whether the coffee drinker added milk or sugar.

It could be that the benefits are derived from caffeine or from what's known as "crude caffeine," which is the byproduct of decaffeinating coffee. The latter has been found in previous research to be effective in partially preventing memory impairment in mice. Other animal studies have found that other coffee components -- cafestol, kahweol and Eicosanoyl-5-hydroxytryptamide -- have had an impact on cognitive impairment.

Getting the brain benefits may be as simple as pouring another cup. Increasing coffee intake from one cup to two could potentially lower cognitive decline by 8% over 18 months and decrease amyloid accumulation in the brain by 5%, Gardener said.

"We couldn't in this research find the maximum number of beneficial cups, so there will be a point where you can't just have five cups and continue to get more beneficial effects. That's something for future research as well, to find the ideal number of cups of coffee to have these positive effects," she added.

The findings were published in the November issue of the journal Frontiers in Aging Neuroscience.

A number of studies have suggested that coffee may have a protective factor, said Dr. Howard Fillit, founding executive director and chief science officer of the Alzheimer's Drug Discovery Foundation in New York City, which provided some funding for this study.

"I think we continue to find really interesting ways to prevent and treat Alzheimer's, and it's a very exciting time in the field. I think this is probably, in my read, one of the most well-done studies of coffee and its prevention of cognitive decline and dementia that I've seen so far," Fillit said.

A number of lifestyle choices besides drinking coffee also seem to have a protective effect against Alzheimer's disease, he said, including a Mediterranean diet and exercise.

Fillit thinks the near future will include routine blood tests that can help a person determine their risks for prevention and treatment of the disease.

For the future of coffee research, he'd like to see a large, randomized trial that tries to pinpoint the impact while also further teasing out what component of coffee might be making the difference.

Heather Snyder, vice president of medical and scientific relations for the Alzheimer's Association in Chicago, which also provided some of the funding for the research, said the study was intriguing because it suggests higher coffee intake is associated with less buildup of beta amyloid in the brain, a hallmark brain change in Alzheimer's.

This is an association and not a cause-and-effect link, she cautioned, and more research is needed to understand what this association may mean.

Testing risk reduction strategies, including nutrition, is a pressing need with more than 6 million Americans living with Alzheimer's and dementia, Snyder said. The Alzheimer's Association has launched a two-year clinical trial meant to do just that.

"Today, there isn't a single food, ingredient or supplement that -- through rigorous scientific research -- has been shown to prevent, treat or cure Alzheimer's or other dementia," Snyder said. "The Alzheimer's Association, based on evidence to date, encourages everyone to eat a healthy and balanced diet -- one high in vegetables and fruits and low in saturated fats -- as a way to potentially reduce the risk of cognitive decline as we age."

The U.S. National Institute on Aging has more on Alzheimer’s disease.