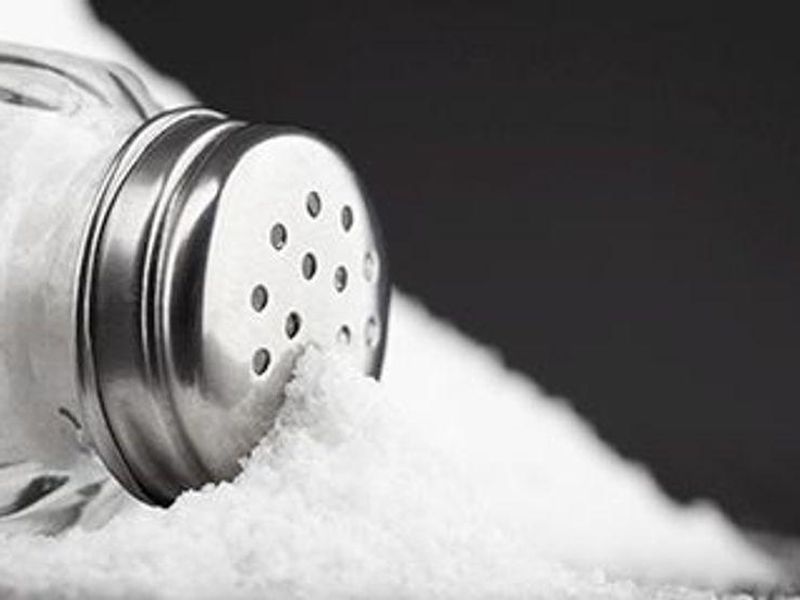 The U.S. Food and Drug Administration announced Wednesday that it is lowering the recommended levels of sodium in processed, packaged and prepared foods.

The goal of the new, voluntary guideline is to help reduce Americans' average sodium intake from 3,400 milligrams (mg) to 3,000 mg per day — roughly a 12% reduction — over the next 2.5 years.

"It's really a pivotal day for the health of our nation as the FDA is announcing a critical step in our efforts to reduce the burden of diet-related chronic disease and advance health equity," acting FDA Commissioner Dr. Janet Woodcock said during a media briefing announcing the new guideline.

"We as a nation face a growing epidemic of diet-related chronic diseases such as cardiovascular disease, obesity and diabetes, which disproportionately impact racial and ethnic minority groups," Woodcock added.

"As a result, thousands of lives are lost and billions of dollars spent in health care costs each year for these preventable illnesses. We also know that limiting certain nutrients such as sodium in our diet can play a huge role in helping to prevent diseases such as hypertension [high blood pressure], cardiovascular disease and renal [kidney] disease," Woodcock said.

"These new recommendations and target by the FDA take this a step closer to improving health outcomes for all Americans," he said during the media briefing. "It keeps Americans on track to stay healthier as we move forward. [The] human and economic costs [of] diet-related diseases are staggering. And hundreds of thousands of Americans are learning that the hard way, as they contract these chronic diseases, and they face the consequences of poor nutrition. So, it's time for us to do much better."

Despite the lowering of recommended sodium levels in processed and packaged products, it still does not meet U.S. Dietary Guidelines for Americans' recommended limit of 2,300 mg per day for those aged 14 and older, the FDA noted. Roughly 70% of added sodium in American diets comes from packaged, processed and restaurant foods, the agency noted.

The American Heart Association (AHA) applauded the FDA's move, but said the agency needs to go further in the future.

"These targets will be an important driver to reduce sodium consumption, which can have significant health benefits and lead to lower medical costs," the association said in a statement. "Lowering sodium levels in the food supply would reduce risk of hypertension, heart disease, stroke, heart attack and death in addition to saving billions of dollars in health care costs over the next decade. Many members of the food and restaurant industry have begun to reduce sodium in their products. We strongly encourage the industry as a whole to adopt these targets and build upon existing efforts to reduce sodium in their products and meals."

Still, "lowering sodium intake to 3,000 mg per day is not enough. Lowering sodium further — to 2,300 mg — could prevent an estimated 450,000 cases of cardiovascular disease, gain 2 million quality-adjusted life years and save approximately $40 billion in health care costs over a 20-year period," the AHA said.

"We urge the FDA to follow today's action with additional targets to further lower the amount of sodium in the food supply and help people in America attain an appropriate sodium intake," the association stated.

"It is a first step, but we need to take a stronger stance," said Sharon Zarabi, a registered dietician and program director for Northwell Health's Katz Institute for Women's Health in New York City and Westchester, N.Y.

"Most people believe they eat a low-sodium diet because they avoid use of the salt shaker. Little do they know that most of the sodium is lurking in every packaged food we consume. It serves as a flavor enhancer and preservative to increase shelf life. The effects are multifold, impacting our blood pressure, increasing our risk for cardiovascular disease, stroke, cancer, and increasing inflammation. Ever wonder why you feel so swollen after Chinese takeout or a bag of popcorn?" Zarabi said.

Woodcock pointed out that "research shows that people consume 50% more sodium than recommended. This includes our youngest and most vulnerable populations, with more than 95% of children aged 2 to 13 years old exceeding recommended limits of sodium for their age groups."

She noted in an FDA news release: "A number of companies in the food industry have already made changes to sodium content in their products, which is encouraging, but additional support across all types of foods to help consumers meet recommended sodium limits is needed."