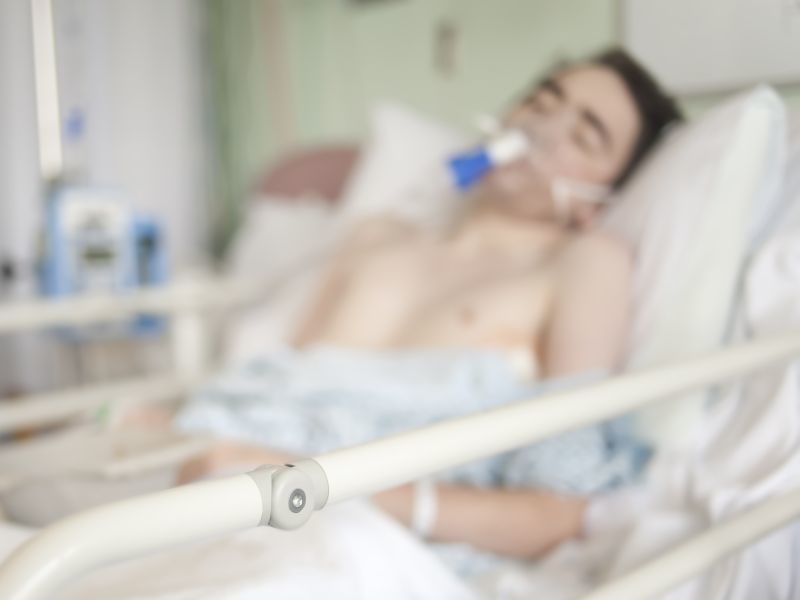 Even Before COVID, Many More People Died Early in U.S. Versus Europe

Americans were living shorter lives and dying at a significantly higher rate than the citizens of wealthy European countries even before the COVID-19 pandemic struck, a new study reports.

The United States suffered more than 400,000 excess deaths in 2017 alone, pre-COVID, compared to the combined populations of France, Germany, Italy, Spain, England and Wales, said senior researcher Samuel Preston, a professor of sociology with the University of Pennsylvania Population Studies Center, in Philadelphia.

By this measure, about one in seven U.S. deaths that occurred in 2017 was in excess of the European death rate, the researchers said.

Lifestyle choices -- from overeating to smoking and drug use -- play a major role in the divide.

Americans aged 30 years were three times more likely to die in 2017 than their European counterparts, the findings showed.

"It's a numerical exercise that I think puts in rather bold relief the fact that we are dying at rates that are really much higher than they ought to be, and that's before COVID," Preston said.

In fact, U.S. COVID-19 deaths actually pale in comparison to those lost needlessly to other factors, the study authors argue.

Overall, the United States has experienced a 65% increase in years of life lost to excess deaths since 2000, the study concluded.

By comparison, there were about 4.4 million years of expected life lost to COVID-19 deaths in 2020, taking into account the age of those who died.

Experts chalk up excess U.S. deaths to a host of problems with which Americans struggle, chief among them obesity.

"In this country, we have a third of children who are obese," said Dr. Len Horovitz, a pulmonary specialist with Lenox Hill Hospital in New York City. "We've had an obesity epidemic in this country for decades, and when you look at obesity and what it causes -- heart disease, diabetes, a host of problems, even cancer -- there's a high mortality just from obesity alone.

"While they didn't compare BMI [body mass index] generally speaking as to the U.S. versus Europeans, I think it's pretty widely known that Europeans have a more fit, lower BMI population than we do," Horovitz continued.

The U.S. opioid crisis and its deadly drug overdoses are another factor, Preston added, as are the higher suicide and homicide rates among Americans.

The United States for many years had the highest level of smoking among major countries, Preston noted. "That is fortunately no longer the case, but you can see evidence among older women in particular," he said. "Women were later to start than men, and older women are still suffering from high rates of lung cancer and emphysema, and other diseases associated with smoking."

Most of these deaths are due to personal choices, and the United States will need to get to the root of these problems if it wants to reverse course, Preston said.

"We probably don't need many more studies of how poorly we're doing. Life expectancy trends in the U.S. have been unattractive since 2010, with very little improvement at all," Preston said. "What we need to do is identify clearly the causes of death and the disease processes that is producing this excess mortality, and work much harder to try to reduce them."

The study was published in the April 20 issue of the Proceedings of the National Academy of Sciences.

The U.S. Centers for Disease Control and Prevention has more about U.S. life expectancy.