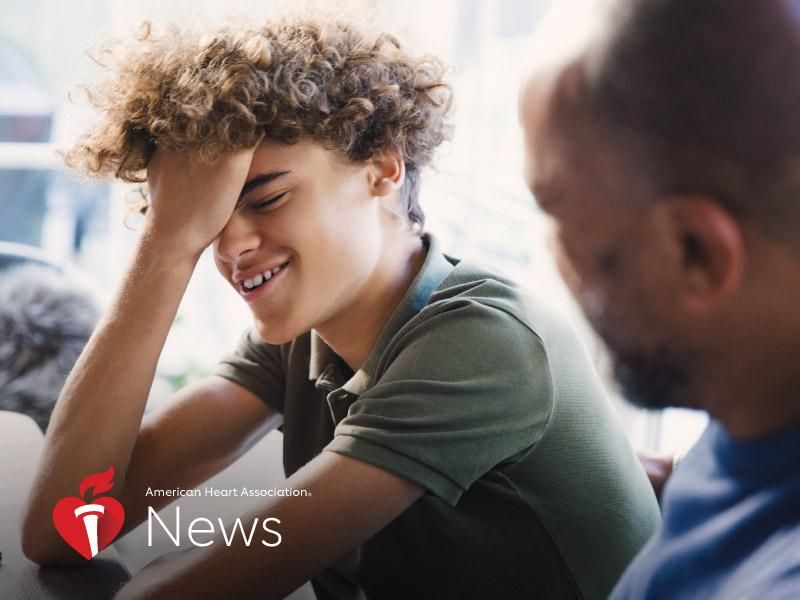 AHA News: Can the Groan-Up Humor of 'Dad Jokes' Possibly Be Good for Health?

In honor of Father's Day, here's a health quiz:

If you answered yes to any of those, you've committed a dad joke.

That's not to be confused with a bad joke -- although by definition, yeah, they probably are. And you don't have to be a dad to tell one. But for those of us with a certain type of dad, the threat level may be as high as a unique squirrel in a tree. (Know how to catch a unique squirrel? Unique up on it.)

But here's a surprise: This least-surprising form of comedy might be good for you and those around you.

The term "dad joke" is relatively new. The concept is not, said Anne Libera, director of comedy studies at The Second City in Chicago. They used to be simply called "jokes."

Libera teaches about dad jokes. Seriously. As in, she's also an associate professor at Columbia College Chicago and has written about the science of comedy for the AMA Journal of Ethics. "They are the thinnest form of comedy," often based in puns and, unless you are a 5-year-old, nothing you haven't heard before.

Now, nobody has done in-depth research on the cardiovascular benefits of dad jokes. If they have, they are not admitting it. But if you accept that dad jokes could, in theory, provide humor and might, possibly, produce a laugh, experts say the benefits could be small but real.

Bains, also a former director of research for the Association for Applied and Therapeutic Humor, said laughter has many mechanisms for boosting health. "For example, laughter reduces the stress hormone cortisol," which has been associated with a risk of cardiovascular problems such as high blood pressure. It also might help with sleep by promoting the release of melatonin.

Laughter also allows a rush of mood-boosting, pain-alleviating endorphins, said Dr. Beth Frates, director of lifestyle medicine and wellness in the department of surgery at Massachusetts General Hospital in Boston.

Frates was co-author of a 2016 review of research on laughter, published in the American Journal of Lifestyle Medicine, that was conceived during a laughing fit with her co-authors during a campus stroll at Harvard.

She can't recall what made them laugh. ("It was not a dad joke," she said.) But the review distinguishes humor from laughter. To wit (ha!): Humor is a stimulus; laughter is the response. Something can be humorous without provoking laughter.

Frates said that even a simple joke might ease stress by putting people in a better mental place. If "there was some tension in the room, but the dad says the milkshake joke, that can cut the tension and change the direction of the conversation moving forward. So even if everyone doesn't laugh, it has the ability to redirect us into a place of positivity."

Frates emphasized that insult humor is harmful. But when humor provokes warm laughter, she said, it can forge social connections in a fun, deep and joyful way. "Connecting over a laugh is something special and unique that tends to last."

And because social connections have repeatedly been shown to be critical to health, we have arrived at what may be the humble dad joke's most powerful punch.

Dad jokes may lack originality, Libera said, but they excel at universality. Anybody can tell one, and they rely on common things -- like silly puns -- that transcend age, politics and backgrounds.

"Use of humor is a connective tissue that allows us to see the other person as having a mind, and a mind like ours," Libera said.

A dad joke might be a particularly ham-handed way of trying to forge a connection, she said. But "when we laugh together, we are connecting with each other through being the same in some fundamental way."

In this sense, even the predictability of a dad joke is a plus. "We've been told something like it before," Libera said. "So it's almost like being told a favorite story."

Frates saw this in action with her own father. "He definitely had a lot of dad jokes," she said. "And I didn't really find them funny as a child or a teenager. But all my friends did." So even when she didn't laugh, the humor was something everyone rallied around.

It took Frates years to appreciate what her dad was doing. And now, 10 years after his death, just talking about dad jokes and Father's Day made her reflect on how her scientific interest in laughter and health can be traced back to him. "My whole introduction to humor was with my dad."

So her advice for anybody gathering for Father's Day is don't dread the dad joke. "When we're together, when you share the humor, you're sharing the health."