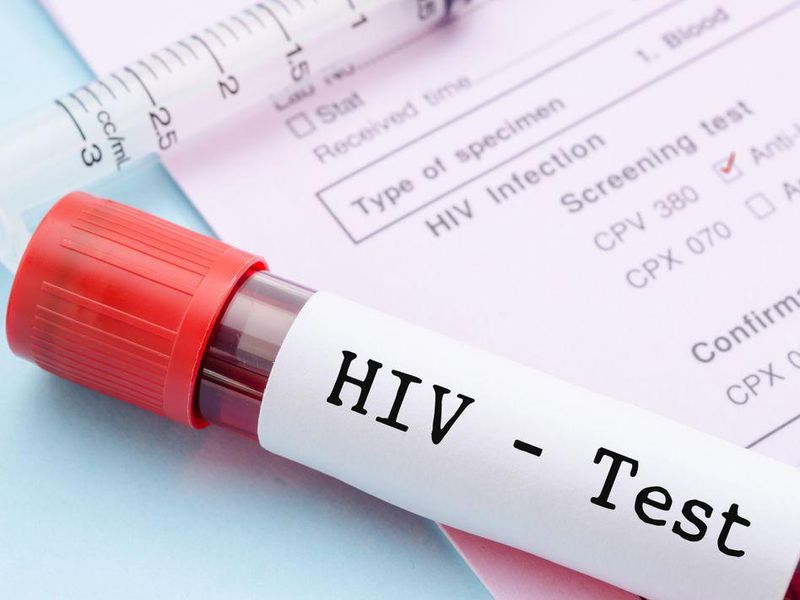 A Woman May Have Rid Herself Naturally of HIV -- But How?

Researchers have identified a second HIV-positive person whose body might have naturally cleared the infection -- sparking hope that studying such exceedingly rare events will help lead to a cure.

The researchers cautioned that they cannot prove the woman has fully eradicated the virus from her body, in what's known as a "sterilizing" cure.

But in exhaustive tests of over 1.5 billion cells from her body, the scientists could not find any HIV genetic material that is capable of spurring infection.

The woman, whom the researchers call the Esperanza patient (after her birthplace of Esperanza, Argentina), is the second known person to have potentially cleared HIV infection naturally.

The first case, a woman dubbed the San Francisco patient, was reported last year by some of the same researchers.

Neither woman can be declared as having a sterilizing cure. All that can be said is it's possible, according to researcher Dr. Xu Yu, of the Ragon Institute of Massachusetts General Hospital, MIT and Harvard, in Boston.

If the two patients have achieved a natural cure, the big question is: How? And can that 'how' be turned into a cure for others?

"How do we translate this to the general population of HIV-positive patients?" Yu said.

The Esperanza case, reported in the Nov. 16 issue of Annals of Internal of Medicine, and the San Francisco case were discovered through ongoing research of so-called "elite controllers."

They are a very select group of HIV-positive people who are able to control the virus without the help of standard antiretroviral therapy (ART). Those medications can suppress HIV to undetectable levels in the blood, but cannot eradicate the virus.

That's because of the nature of HIV. Its genetic material integrates itself into the DNA of an infected person's cells, where it silently camps out -- forming what's called a latent reservoir. ART treatment cannot wipe out those reservoirs, and if the drugs are stopped, latently infected cells can start churning out copies of HIV again.

Likewise, elite controllers still have detectable latent reservoirs. While they are able to keep the virus in check for many years, they do not eliminate it.

That's where the Esperanza and San Francisco patients stand out. The researchers have found no evidence of latent HIV reservoirs in either patient.

"They are very, very special people who have exceptional control of the virus," said Dr. Natalia Laufer, one of Yu's colleagues on the study.

Now that the researchers have found two such patients, they can hunt for characteristics that they share, said Laufer, of the Institute for Biomedical Research in Retroviruses and AIDS in Buenos Aires.

Hopefully, that will shed light on the mechanisms that allow the patients such exceptional HIV control.

It's estimated that fewer than 0.5% of people with HIV are elite controllers, according to Laufer. And scientists do not yet know how they do it.

Yu and her colleagues have gained some insights, though, using recently developed gene-sequencing technology to analyze elite controllers' blood cells. They've found that in those patients, HIV is often integrated into parts of the cell genome that are essentially "gene deserts."

In other words, the viral genetic material is sequestered far away from the genes a blood cell uses to make proteins. That suggests those infected cells are less able to churn out copies of HIV.

The mystery remains, however, as to how elite controllers banish HIV to gene deserts.

"Exceptional" controllers are clearly even rarer than elite controllers. How rare is unknown.

"We now have two cases where people seem, for all intents and purposes, to have cleared the virus," said Rowena Johnston, vice president and director of research for amfAR, the Foundation for AIDS Research. "How many of these people are out there? It's impossible to believe there are only two, and these researchers found both."

Johnston, who was not involved in the research, pointed to "the two fundamental questions" these cases present: What are the mechanisms allowing such exceptional HIV control? Can they be translated into a cure?

At this point, only two HIV-positive people have ever been declared "cured" -- both after receiving stem cell transplants to treat cancer. The stem cells harbored a rare gene mutation that is protective against HIV.

Yu said the two patients with possible natural cures offer "hope" that a broadly applicable cure can be accomplished.

The U.S. National Institutes of Health has more on research for an HIV cure.