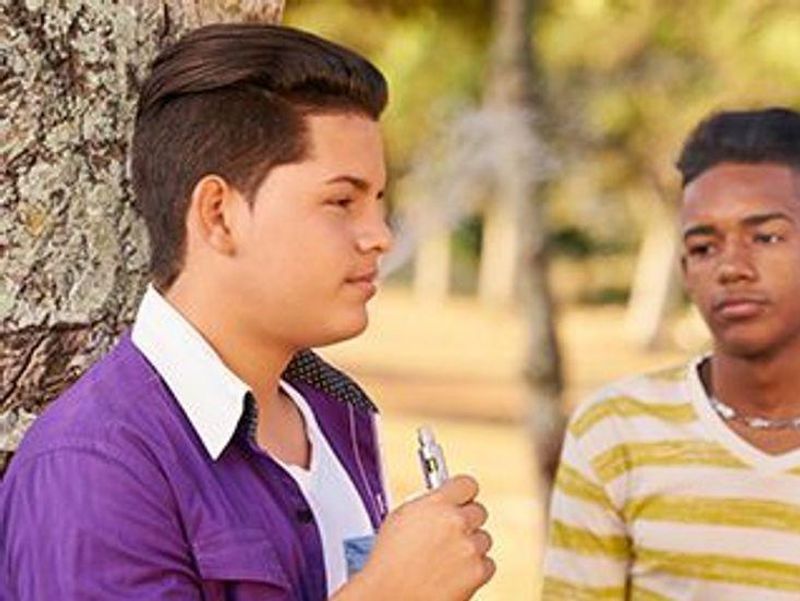 It turns out that the pandemic has reaped one unexpected benefit: As teens were kept home more often, their use of electronic cigarettes dropped by nearly 40%, a new report finds.

U.S. health officials said these numbers should be taken with a grain of salt, but the decrease in vaping in 2021 is probably real and makes sense because teens often vape socially, one expert told the Associated Press.

"They found a dramatic drop from last year, and it's hard to imagine that doesn't represent a real decrease in use among high school and middle school students," Dr. Nancy Rigotti of Harvard University, who was not involved in the research, told the AP.

The year before, almost 20% of high school students and nearly 5% of middle schoolers had used e-cigarettes, the AP reported.

Before the pandemic, teen vaping was already on the decline as federal laws increased the age for the purchase of all tobacco and vaping products from 18 to 21, the AP reported. The U.S. Food and Drug Administration also banned most flavored e-cigarette cartridges, which were driving the popularity of vaping among teens.

Some teens may have also reacted to the outbreak of vaping-related illnesses and deaths from vaping liquids that contained THC, the active chemical in marijuana, the AP noted.

More surveys are needed to confirm these findings, Rigotti said. Since teens are now back at school, the use of e-cigarettes may rebound.

However, "I'm sure schools are working hard to ensure that doesn't happen," she added.

Government officials estimate that about 2 million U.S. teens are vaping, a number they say is still far too high.

"E-cigarette use among youth remains a serious public health concern," CDC specialist Dr. Karen Hacker said in an FDA news release on the survey. "It's critical we continue working together to protect young people from the risks associated with tobacco product use, including e-cigarettes."

The FDA is considering more limits on vaping. The agency plans to decide which e-cigarette brands and products can stay on the market and which must be removed, the AP reported.

The agency has not yet ruled on major manufacturers that comprise most of the market, including Juul and Vuse, but other brands are replacing these as most popular with teens, the government report said.

The top brand for high school students is a disposable e-cigarette called Puff Bar that comes in flavors like pink lemonade, strawberry and mango. These disposable flavored e-cigarettes are not regulated as tightly as Juul, which comes in menthol and tobacco only. Among students, only 6% regularly use Juul, the AP reported.

The findings were published in the Oct. 1 issue of the CDC's Morbidity and Mortality Weekly Report.

Visit the FDA for more on the dangers of vaping.