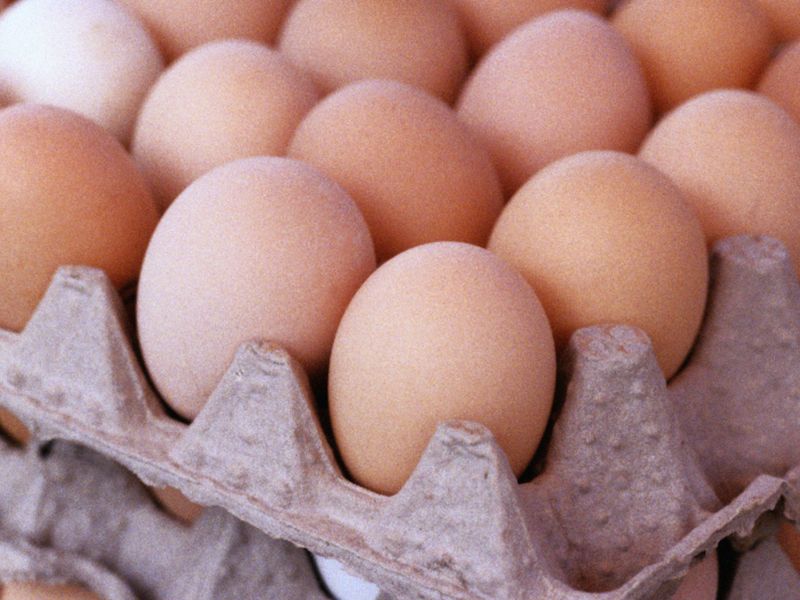 Unscrambling the Egg Data: One a Day Looks OK

Go ahead and crack that egg. Eating one a day isn't likely to increase your risk of heart disease, researchers say.

The three-decade study showed no association between moderate egg consumption and risk of heart disease. The report -- led by a team at Harvard T.H. Chan School of Public Health in Boston -- should help reassure uneasy egg eaters.

"Recent studies reignited the debate on this controversial topic, but our study provides compelling evidence supporting the lack of an appreciable association between moderate egg consumption and cardiovascular disease," first author Jean-Philippe Drouin-Chartier, a visiting scientist, said in a Harvard news release. He's an assistant professor at Laval University in Quebec, Canada.

For the new study, the researchers analyzed data from more than 173,000 women and over 90,000 men in the United States who did not have heart disease, type 2 diabetes or cancer when initially assessed.

The study participants were followed for 32 years, during which their diets and other lifestyle habits were recorded.

The researchers also analyzed 28 studies with up to 1.7 million people. This meta-analysis supported the finding that moderate egg consumption is not associated with increased risk of heart disease in Americans and Europeans.

The investigators also found some evidence suggesting that moderate egg consumption may be associated with lower heart disease risk in Asian populations, but the finding may be affected by their overall dietary habits, according to the authors.

The results were published online March 4 in the BMJ.

While not essential, moderate egg consumption can be part of a healthy diet, said study co-author Shilpa Bhupathiraju, a research scientist in the Harvard Chan department of nutrition and an associate epidemiologist at Brigham and Women's Hospital in Boston.

"There is a range of other foods that can be included in a healthy breakfast, such as whole grain toasts, plain yogurt and fruits," Bhupathiraju said.

The link between eggs and heart disease risk has been hotly debated in recent decades. In the past 12 months, three published studies have reported conflicting findings.

This new study updates a 1999 one that likewise found no connection between eggs and heart disease risk.