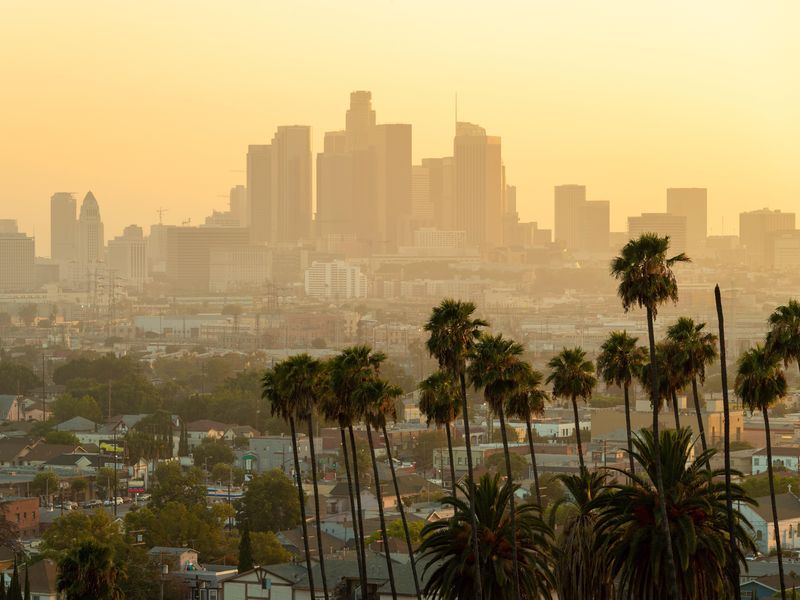 Heat coupled with smog can be a particularly lethal mix, especially for older adults, a new study finds.

Unfortunately, both hot temperatures and air pollution are going to increase as the planet warms, and so will deaths, researchers report.

"We are experiencing more and more frequent wildfires, which cause pollution, and wildfires happen during the hotter days. So, there will be more of these occurrences in the future," said lead researcher Md Mostafijur Rahman, a postdoctoral fellow at the University of Southern California's Keck School of Medicine.

Although extreme heat and air pollution each increase the risk of dying, the combination increases the risk exponentially, he noted.

Extremely hot days increase the risk of dying by just over 6%. On days when air pollution is high, death risk increases by 5%. However, on very hot, highly polluted days, that risk increases 21%, Rahman said.

To come to that conclusion, his team used death certificates from California's Department of Public Health to analyze more than 1.5 million deaths across the state between 2014 and 2019. They also used data on air temperature and levels of fine particulate matter (PM2.5). PM2.5 is known to cause health problems.

When heat and pollution levels were both high, those over age 75 suffered the most: They had a 36% increased risk of dying, compared with an 8.5% increased risk for people 75 and under.

Deaths were most common among those with heart failure and pneumonia. Rahman and his team speculated that when heat and air pollution are extreme, people may suffer more inflammation and oxidative stress, in addition to problems regulating body temperature.

"As climate change progresses, we're going to need multilevel interventions," said senior study author Erika Garcia, an assistant professor of population and public health sciences at Keck. "We're going to have to rely on some individual behaviors, but we also need policymakers to make the appropriate policies and provide the appropriate support, so there can be ongoing effort to save lives."

Dr. Afif El-Hasan, a volunteer spokesman for the American Lung Association and a member of the department of pediatrics at Kaiser Permanente San Juan Capistrano in California, said the findings were "alarming," but "not surprising."

"The study speaks clearly to the fact that either one -- smoke particles in the air or a very hot day -- is going to take a strain on the body, and probably more than we are thinking," said El-Hasan, who wasn't part of the study. "But when you add one to the other, it doesn't just add to it, it makes it worse by multiples."

To withstand these brutal conditions, El-Hasan believes people should be in top physical shape. That means having high blood pressure and diabetes and respiratory conditions under control.

But for many, that's not enough. People should stay in an air-conditioned environment during these times of extreme heat and pollution, he said.

"Make sure at least one room is air-conditioned," El-Hasan said. "Make sure in that room there's an air filter as well, so you have a zone to be in that'll keep you as safe as possible."

El-Hasan also believes that extreme heat and air pollution are going to get worse. "We can expect more deaths, unfortunately," El-Hasan noted.

The report was published online recently in the American Journal of Respiratory and Critical Care Medicine.

For more on air pollution and heat, see the University Corporation for Atmospheric Research.