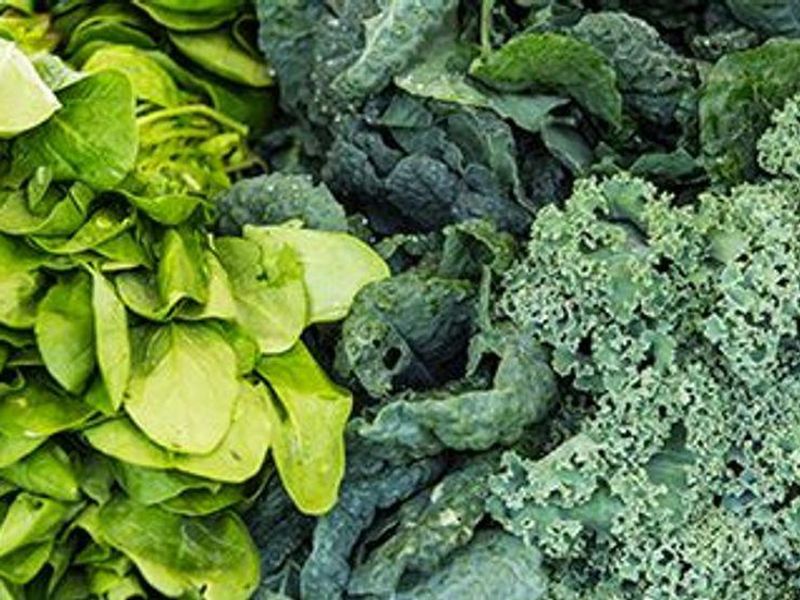 People who live with chronic migraines suffer intense throbbing and pulsing, sensitivity to light and sound, nausea and vomiting.

Could a plant-based diet, credited with a variety of positive health impacts, also help ease these chronic symptoms?

Researchers in New York have published a case study of one man with severe chronic migraines who had tried everything to curb them, and then switched to a plant-based diet -- loaded with a lot of dark green leafy vegetables.

"This report suggests that a whole food plant-based diet may offer a safe, effective and permanent treatment for reversing chronic migraine," wrote a team led by Dr. David Dunaief, who specializes in nutritional medicine and has a private practice in East Setauket, N.Y.

One expert in migraine who wasn't connected to the study was cautiously optimistic about the findings.

"It is hard to make much from one case report, [but] it does illustrate the importance of all of these non-pharmacological, evidence-based treatments," said Dr. Noah Rosen. He directs Northwell Health's Headache Center in Great Neck, N.Y.

As the researchers noted, more than 1 billion people worldwide have migraines, defined as one-side, pulsating headaches, sometimes with a variety of other symptoms, that last between four and 72 hours.

To be considered successful, migraine treatment must cut the frequency and length of the attacks in half or improve symptoms.

The 60-year-old man whose experiences are detailed in the report had endured severe migraine headaches without aura for more than 12 years. Six months before his clinic referral, his migraines had become chronic, occurring anywhere from 18 to 24 days each month.

He had tried a number of potential fixes, including the prescribed medications zolmitriptan and topiramate. He also cut out potential 'trigger' foods, including chocolate, cheese, nuts, caffeine, and dried fruit. Beyond this, the man also tried yoga and meditation to curb the attacks.

None of those interventions had worked.

The man described the pain as throbbing, starting suddenly and intensely in the forehead and temple on the left side of his head. His migraines usually lasted 72 hours and also included sensitivity to light and sound, nausea and vomiting. His pain severity was 10 to 12 out of a scale of 10.

He didn't have high levels of systemic inflammation but had a normal level of beta carotene in his blood, possibly because he ate sweet potatoes daily. Sweet potatoes are relatively low in food nutrients known as carotenoids, which carry anti-inflammatory and antioxidant properties, the authors explained.

Leafy greens such as spinach, kale and watercress do contain high levels of carotenoids, however.

After two months on the diet, the man said his migraines had been dramatically reduced -- to just one migraine day per month, and even that headache was less severe.

At the same time, his blood tests showed a substantial rise in beta-carotene levels.

Soon, the man stopped taking all his migraine meds. His migraines stopped completely after three months and haven't returned in 7 1/2 years.

The man was allergic, and previously published research suggests that better control of allergies may also lead to fewer migraine headaches. In this case, the man's allergy symptoms also improved -- to the point that he no longer needed to use seasonal medication.

He was also HIV-positive, and HIV has been linked to a heightened risk of migraines. It is possible that the man's HIV status and antiretroviral drugs had contributed to his symptoms, the authors said, though it wasn't possible to study this further without stopping the antiretroviral treatment.

"While this report describes one very adherent patient who had a remarkable response, the LIFE diet has reduced migraine frequency within 3 months in several additional patients," Dunaief added.

For his part, Rosen said that "the role of proper diet and migraine has had a few studies demonstrating benefit."

Being properly hydrated, eating a healthy "low-glycemic" diet and getting lots of omega 3 fatty acids (such as are found in oily fish) have all been shown to have a positive effect on curbing migraines, he said.

Find out more about migraines at the American Migraine Foundation.