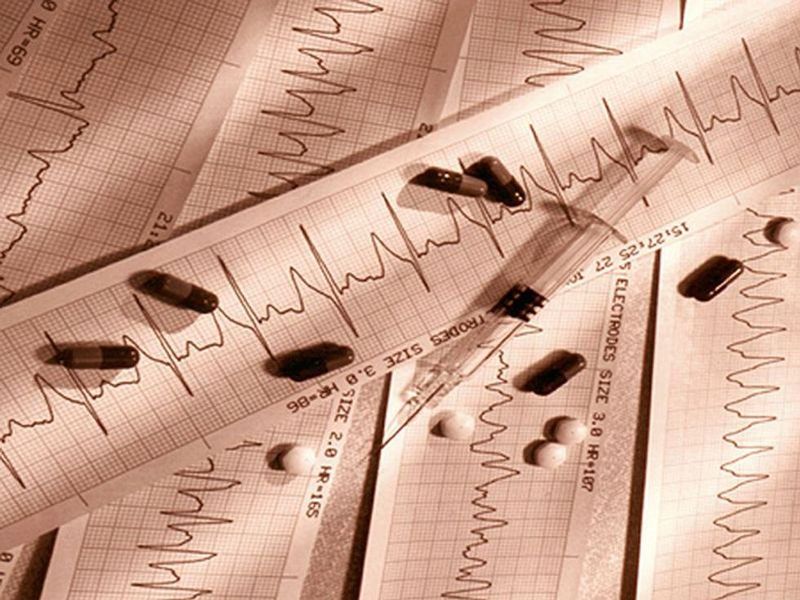 Use of Ritalin, Other Stimulants Can Raise Heart Risks for Older Adults

ADHD medications are increasingly being prescribed to older adults, and they may cause a short-term spike in the risk of heart attack, stroke and arrhythmias, a large new study suggests.

Stimulant medications, such as Ritalin, Concerta and Adderall, are commonly used to treat attention deficit hyperactivity disorder (ADHD). But they are also increasingly being prescribed "off-label" to older adults, to combat conditions such as severe drowsiness, appetite loss and depression.

The new findings add to evidence that the drugs can pose heart risks.

Researchers found that on average, older adults starting on a stimulant showed a 40% increase in their risk of heart attack, stroke or ventricular arrhythmia within 30 days.

Ventricular arrhythmias are rhythm disturbances in the heart's lower chambers, and some can be fatal.

In the study, stimulant users had double the risk of dying within a month of starting a stimulant, compared to older adults who were similar in terms of health but not using a stimulant.

The absolute risks were relatively small, said lead researcher Mina Tadrous, an assistant professor of pharmacy at the University of Toronto.

Over one year, 5 out of 100 stimulant users had a heart "event," the study found. That compared with between 3 and 4 of every 100 non-users.

And the increased risk appeared limited to the first 30 days of use, Tadrous said. Over the longer term -- six months and one year -- stimulant users were not at greater risk of heart trouble.

Why? It's not clear, but Tadrous said it may be because of monitoring.

Doctors have long known that stimulant medications can raise blood pressure and heart rate. In fact, the drugs carry warnings about those effects, particularly for people with established heart disease.

So doctors and patients are likely checking for red flags -- a spike in blood pressure or symptoms like chest palpitations -- and if they come up, the drug may be stopped, Tadrous explained.

Over the longer term then, older adults who remain on stimulants may be those who are less likely to have heart and vascular side effects.

For the study, Tadrous and his colleagues looked at data on more than 30,000 adults over 65 living in Ontario, Canada. The group included more than 6,400 patients who started a stimulant prescription between 2017 and 2019. Researchers compared each of those patients with four others who were similar in terms of health and demographics but were not prescribed a stimulant.

The stimulant medications included amphetamine, dextroamphetamine (brands such as Dexedrine and ProCentra), methylphenidate (Ritalin, Concerta and other brands), and lisdexamfetamine (Vyvanse).

On average, older adults prescribed stimulants were 40% more likely to land in the emergency room or be hospitalized for a heart complication within 30 days.

The sharpest increase was in the risk of ventricular arrhythmia, which was three times higher compared with other older adults.

For patients already on stimulants, Tadrous said the lack of longer-term excess risks could be seen as reassuring.

But, he said, doctors should remain "vigilant" in monitoring blood pressure and other markers of heart health in those patients.

He said the lack of longer-term risks was the most interesting finding from the study. It's not clear why that is, Kirkpatrick said, but he agreed that patient monitoring might explain it.

Kirkpatrick, who was not involved in the study, noted that for some older adults, the symptoms for which stimulants are prescribed can be so debilitating, the potential for heart effects could be worth the benefits of treatment.

"Individual patients have individual needs," he said. "It's always about balancing the benefits and risks."

Older adults already on a stimulant should not stop taking it on their own, Kirkpatrick advised. If they have concerns, he said, they should talk to their doctor.

Kirkpatrick agreed that ongoing monitoring is important. And ideally, he said, older adults should regularly have a medication "review" with their doctor, to talk about which drugs they still need and where a change might be better.

The findings were published Oct. 25 in JAMA Network Open.

The American College of Cardiology has more on the safety of stimulant medications.