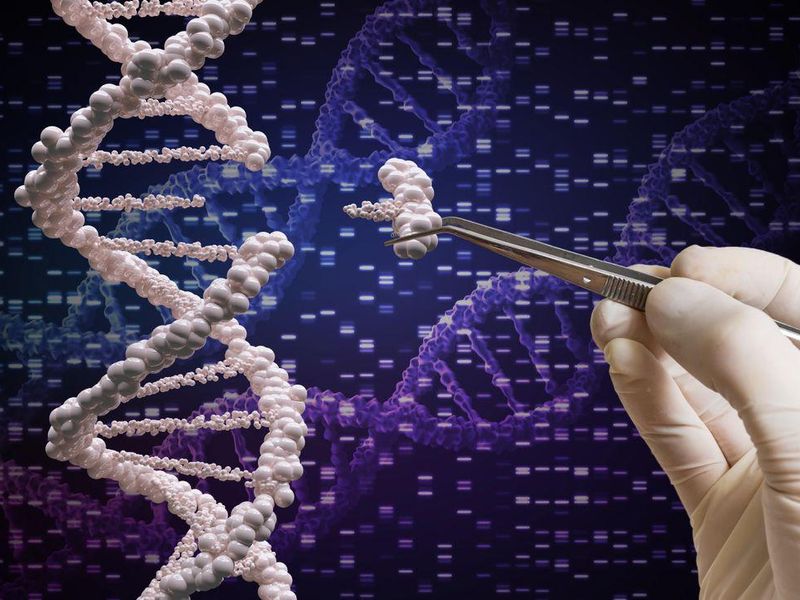 Early research suggests that CRISPR gene-editing technology may some day lead to dramatic relief for patients struggling with amyloidosis, a rare but serious disease that can trigger organ failure.

"There are many different types of amyloidosis," explained study author Dr. Julian Gillmore, a researcher in medicine with the Centre for Amyloidosis and Acute Phase Proteins at University College London and the Royal Free Hospital in London.

But in broad strokes, the Amyloidosis Foundation says the disorder is characterized by the buildup of an abnormal amyloid protein in the bloodstream, which ends up being deposited throughout the body.

The U.S. National Institutes of Health characterizes amyloidosis as an "orphan disease," in reference to its rarity.

Yet, for those struck by the illness, the symptoms can be devastating. Over time, protein buildup leads to the clogging, stiffening and, in some cases, wholesale failure of tissues, nerves, critical organs and muscles.

Stanford Health Care notes that in severe cases, organ transplantation coupled with ongoing chemotherapy may be in order. But even then the optimal end result is management of the illness, rather than a cure.

With an eye towards a more effective treatment, Gillmore's team focused on a specific form of the disorder known as "ATTR amyloidosis" (ATTR), which leads to dangerous elevations of a protein called TTR.

A debilitating, nonhereditary "wild-type" of ATTR has come to be "an increasingly recognized cause of heart failure," Gillmore explained.

But he and his colleagues focused their efforts on an equally debilitating hereditary form of ATTR, which is thought to affect roughly 50,000 patients around the world, primarily targeting either the nerves or the heart.

Hereditary ATTR, he noted, "is associated with a huge disease burden for patients and their carers. As the disease progresses, patients become incontinent of urine and feces, become immobile and confined to a wheelchair or to their bed, and live in constant pain. In addition, patients have the prospect of passing the disease to their children."

The new study enlisted six patients who had previously been diagnosed with hereditary ATTR.

Three were treated with a single infusion of a low-dose version of NTLA-2001, a drug developed by means of a cutting-edge gene-editing therapy called CRISPR.

The other three patients were treated with a high-dose version of the same drug. The study team said that both doses of the treatment were designed to lower circulating concentrations of TTR.

After the one-month mark, the team observed a dramatic lowering of TTR, with only "mild" side effects.

The three patients given the low-dose treatment experienced a 52% drop in TTR (on average), and the three patients in the high-dose group saw an average drop of 87%, the researchers reported.

As a result, Gillmore said that his team concluded that the "new gene-editing therapy is particularly exciting, since it offers patients a prospect of meaningful clinical improvements after [just] a single intravenous administration of the drug."

Still, he cautioned that the findings are still preliminary. "It is still in early-stage human trials at the moment," he stressed. "But it looks extremely promising so far."

Mary O'Donnell, president and CEO of the Amyloidosis Foundation, expressed cautious optimism about the research.

"A treatment that would knock out amyloid protein would be a welcome addition to the current treatments for ATTR patients," she said. "CRISPR would be a major step forward with the ability to knock out TTR, and we look forward to seeing more data from ongoing clinical trials."

Gillmore and his colleagues published their findings June 26 in the New England Journal of Medicine.

There's more on ATTR and other forms of the disorder at the Amyloidosis Foundation.