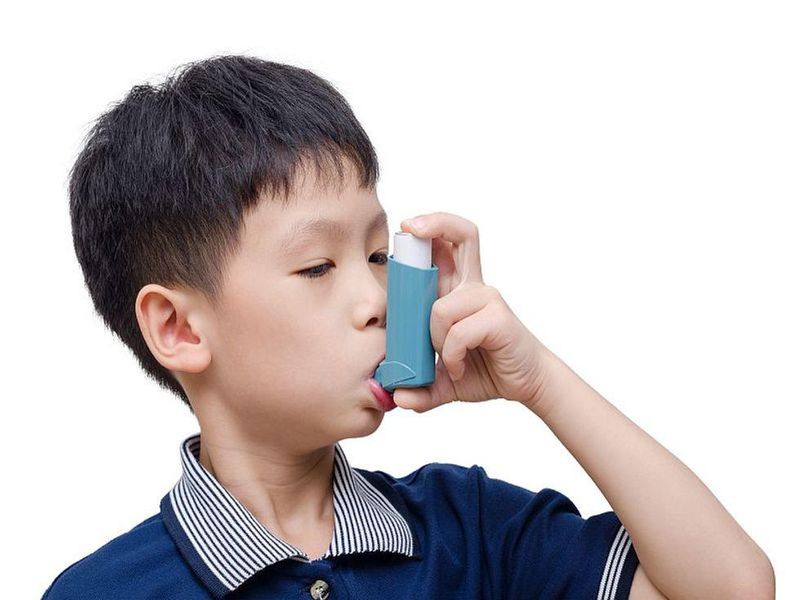 Exposure to a certain type of air pollution while pregnant may up the odds that your child will develop asthma, a new study says.

Ultra-fine particle pollution is smaller than the width of an average human hair and can get deep into the lungs and pass into the blood.

This study included 376 mothers and their children, most of them Black or Hispanic, in the Boston metropolitan area who were already being followed to assess their health.

Many of the women lived in areas near highly trafficked major roadways where there's greater exposure to ultra-fine particle air pollution.

Slightly more than 18% of the children whose mothers were exposed to high levels of that type of pollution developed asthma in their preschool years, compared to 7% of children overall in the United States.

Most asthma diagnoses among children in the study occurred just after 3 years of age.

Both boys and girls were affected by prenatal ultra-fine particle exposure, but girls were more sensitive to the pollution's effects on asthma risk when exposed in late pregnancy, the study found.

The reasons are unclear, but previous research suggests it may be due to endocrine-disrupting effects of the pollution exposure, the authors said.

The researchers at the Icahn School of Medicine at Mount Sinai noted that exposure to pollution in the womb can affect lung development and respiratory health.

Ultra-fine particle air pollution is not regulated or routinely monitored in the United States, the authors noted.

"One reason ultra-fine particulates are not routinely monitored is that there have been a number of unique challenges to measuring them accurately. Fortunately, recent methods have been developed to provide such exposure data which allowed us to conduct this study," lead author Dr. Rosalind Wright said in a school news release. She's a professor in children's health research and a professor of environmental medicine and public health.

The study was published May 21 in the American Journal of Respiratory and Critical Care Medicine.