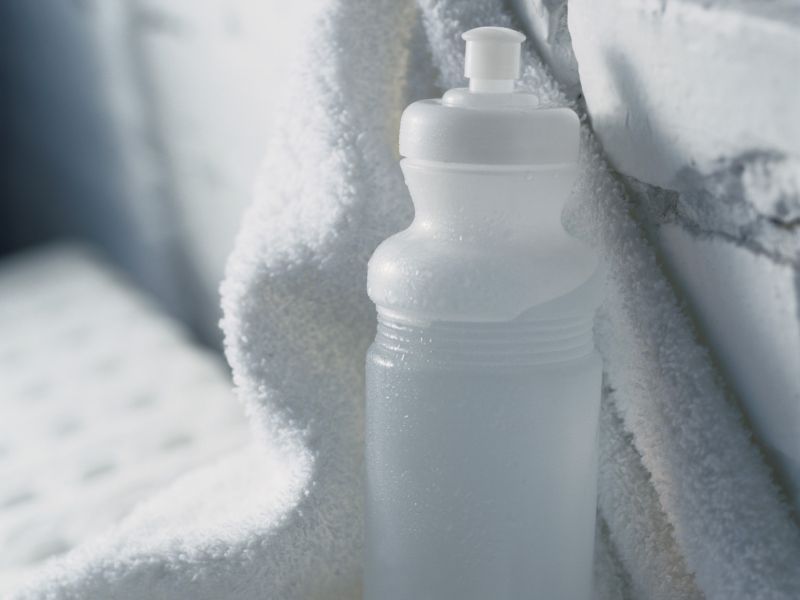 'BPA-Free' Bottles Might Need a Run Through Your Dishwasher First

It's a good idea to run drinking bottles you think are BPA-free through the dishwasher several times before using them, a new study suggests.

University of Cincinnati researchers found that some supposedly BPA-free water bottles contain traces of the chemical, which is believed to pose a health risk.

For the study, they analyzed water bottles bought in other countries and expected to detect BPA (bisphenol A), which is commonly found in polycarbonate plastics used to make consumer products.

They found no BPA in those bottles, but they did discover the chemical in some labeled "BPA-free" that were bought in the United States to use as controls in the study.

The water bottles analyzed were made of Tritan, a BPA-free plastic.

"We believed that it likely was BPA contaminant on the surface of the bottle," said study co-author Rebecca Holmes, who did the research as a graduate student at Cincinnati.

"I thought there is something here," added Holmes, who is now a clinical research coordinator at Ohio State University's Wexner Medical Center in Columbus. "I was thinking people are buying those bottles off the shelves, and they are taking them home and probably not washing them. They are using them so they are consuming BPA."

Researchers decided to test whether rinsing, hand washing or dishwashing removed the BPA from the Tritan bottles.

They found that running the bottles through a dishwasher cycle several times did the best job of removing the chemical, according to findings being published in the August issue of the journal Chemosphere.

Lead author Hong-Sheng Wang, a professor of pharmacology and systems physiology, said while most of the bottles tested were indeed BPA-free, the study showed that contamination is possible.

"If you are concerned about the possibility that the BPA-free bottles are contaminated, washing the bottles after purchase is a good idea," Wang said in a university news release. "Dishwashing is an effective way of removing the contamination in the specific kind of bottle we tested."

It's also a good idea to follow a manufacturer's instructions for washing bottles or other containers, Wang added.

BPA is one of many chemicals known as endocrine disruptors that have been linked with developmental, reproductive, brain, immune and other problems, according to the National Institute of Environmental Health Sciences.

The U.S. National Institute of Environmental Health Sciences has more on BPA.