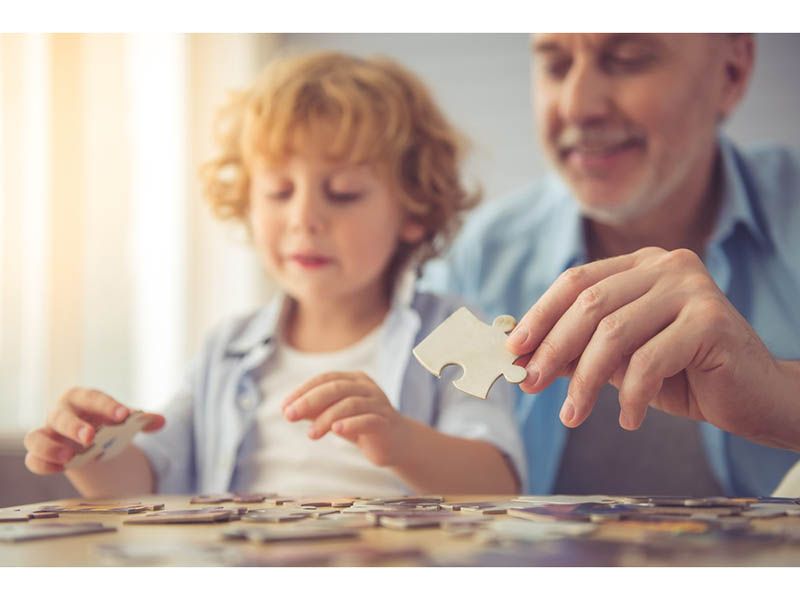 Why Some 'Super Ager' Folks Keep Their Minds Dementia-Free

Researchers may have uncovered a key reason some people remain sharp as a tack into their 80s and 90s: Their brains resist the buildup of certain proteins that mark Alzheimer's disease.

The study focused on what scientists have dubbed "super agers" -- a select group of older folks who have the memory performance of people decades younger.

Tau is a protein that, in healthy brain cells, helps stabilize the internal structure. But abnormal versions of tau -- ones that cling to other tau proteins -- can develop as well.

In people with Alzheimer's, the brain is marked by a large accumulation of those tau tangles, as well as "plaques," which are clumps of another protein called amyloid.

For years, amyloid plaques have gotten most of the attention as a potential target for Alzheimer's treatment, said researcher Tamar Gefen, who led the new study.

But a body of evidence tells a different story: It's the buildup of tau -- not amyloid -- that correlates with a decline in memory and thinking skills, said Gefen, an assistant professor at Northwestern University Feinberg School of Medicine, in Chicago.

These latest findings on super agers, she said, are in line with that research.

It's not clear how many super agers are out there. One reason is that there's no single definition of the term, said Claire Sexton, director of scientific programs and initiatives at the Alzheimer's Association.

This study involved people aged 80 and older. But other research, Sexton said, has narrowed the focus to unusually sharp 90-somethings, or even centenarians.

The million-dollar question is: What does it take to be a member of this elite group?

It's likely super agers have genetics to thank, in part, according to Sexton.

But in all probability, she said, it's a mix of good genes, lifestyle factors and exposures over a lifetime, from physical activity, to social engagement, to mentally stimulating experiences.

In fact, previous research at Northwestern has shown those are common habits of super agers.

Gefen and her colleagues have also found brain differences between super agers and their peers with typical brain power: For example, super agers have more tissue volume in a brain region involved in processes like motivation and decision-making. Super agers also show a greater density of cells called Von Economo neurons, which are linked to social intelligence.

For the current study, Gefen's team analyzed brain tissue from seven super agers -- all women -- who had died in their 80s or 90s. The results were compared with brain studies from six elderly adults who'd had normal thinking skills before their deaths.

The super agers had all taken standard memory tests, and scored at or above the norm for people 20 to 30 years younger.

The researchers found that both super agers and their peers harbored similar amounts of amyloid plaque in the brain.

They differed, however, when it came to tangles: People with average memory and thinking skills had three times the amount of tau tangles in a memory-related brain region called the entorhinal cortex.

Sexton agreed the findings align with other evidence on the importance of tau.

"It's been understood for a while that tau tracks better with cognitive performance than amyloid does," she said.

These findings, Sexton said, suggest a role for tau in the "secrets" to super-aging.

That does not mean plaques are unimportant, however. Abnormal amyloid and tau may interact with each other, and with other factors, to fuel Alzheimer's brain changes, Sexton said.

According to the Alzheimer's Association, it's thought that as amyloid increases in the brain, it hits a tipping point that triggers abnormal tau to spread throughout the brain. And that's when memory and thinking skills head downhill.

Gefen agreed that it's probably a complex mix of factors -- nature and nurture -- that allows super agers to resist typical age-related declines in brain power.

It's unlikely to be a magic something that can be turned into a pill, she said.

More broadly, Gefen said far more work is needed to understand tau tangles, including why they zero in on memory cells.

That's not to say tau has been completely ignored: Tau-targeting therapies for Alzheimer's are under development, Sexton said.

For now, it seems clear that few people will become super agers. But, Sexton said, there are ways for everyone to support their brain health, including controlling heart disease risk factors like high blood pressure and diabetes, getting regular exercise, eating healthfully and staying mentally and socially engaged.

The findings were published Feb. 17 in the journal Cerebral Cortex.

The U.S. National Institute on Aging has more on super agers.