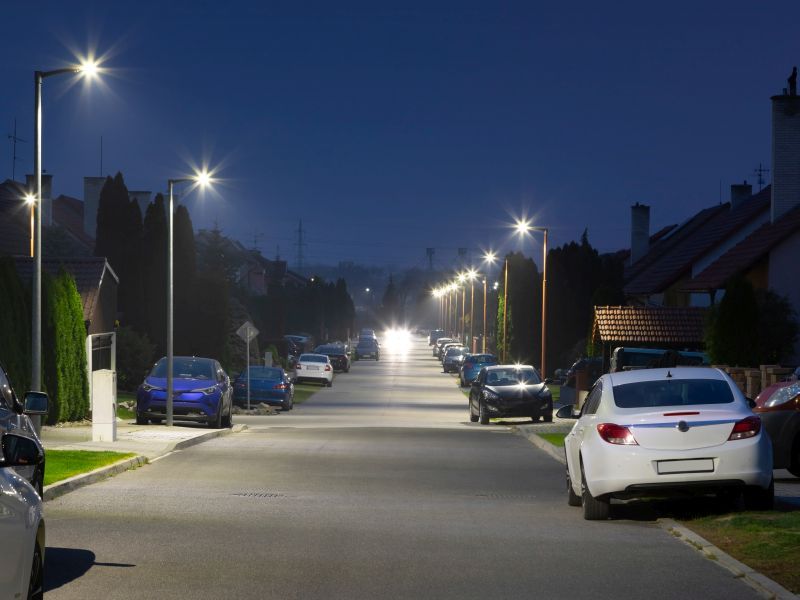 Could Too Much Light at Night Raise Your Odds for Thyroid Cancer?

Though living in a bustling urban area may have its upside, all those nighttime lights could come at a price to your health, new research suggests.

The study, published online recently in Cancer, a peer-reviewed journal of the American Cancer Society, ties an overabundance of nighttime artificial light with an elevated risk of thyroid cancer. It builds on earlier studies that found an association between higher satellite-measured levels of nighttime light and an elevated breast cancer risk.

The researchers noted that some breast cancers may share a common, hormone-dependent mechanism with thyroid cancer.

They were quick to stress that their findings aren't equipped to prove that nighttime light causes thyroid cancer, only that there's an association. They theorized that light-based disruptions in a person's hormones and natural circadian (day/night) rhythms might be at play.

"Given the well-established evidence supporting a role of light exposure at night and circadian disruption, we hope our study will motivate researchers to further examine the relationship between light at night and cancer and other diseases," lead researcher Qian Xiao said in a journal news release. She is an assistant professor at the University of Texas Health Science Center in Houston.

One thyroid expert unconnected to the study said thyroid cancers have been rising steadily in the United States for decades.

The new research "attempts to provide us with yet another explanation for the rising incidence of thyroid cancer in the United States between the 1970s and 2010s," said Dr. Gady Har-El. He's chief of head and neck surgery and oncology at Lenox Hill Hospital in New York City.

Some of that rise can be attributed to better diagnosis and detection, Har-El said, but "the rise in diagnosis cannot be the only explanation for the rise in the incidence of thyroid cancer."

In their study, Xiao and her group sought to see if light might play a role. They analyzed data from the NIH-AARP Diet and Health Study, which recruited American adults aged 50 to 71 years in 1995-1996.

The researchers compared satellite imagery data -- to estimate levels of nighttime light at each participant's address -- against data from state cancer registries through 2011.

They found 856 cases of thyroid cancer among the more than 464,000 participants, who were all followed an average of about 13 years. Those cases included 384 men and 472 women.

So how could light at night spur a thyroid cancer?

According to Xiao's group, nighttime light suppresses natural melatonin, a modulator of estrogen activity. Too little melatonin activity might help depress the body's ability to fight off tumors, they said. Light at night can also disrupt the body's circadian rhythm, which is also a cancer risk factor, the researchers said.

Dr. Shuchie Jaggi is attending physician in endocrinology, diabetes and metabolism at Northwell Health in Great Neck, N.Y. Reading over the findings, she said it's possible that nighttime light might affect the thyroid through its effect on hormones, and "certainly the large sample size of this study is a strength making these associations more statistically significant."

Jaggi noted that the study had one shortcoming: Because it relied on satellite imagery, it could only examine levels of outdoor lighting at night, not whether folks kept their indoor lights on as well.

For his part, Har-El said that this is only "the first study to look into this aspect of advanced technology affecting our lifestyle, and it is only one study," therefore, much more research is needed.

The U.S. National Cancer Institute has more on thyroid cancer.