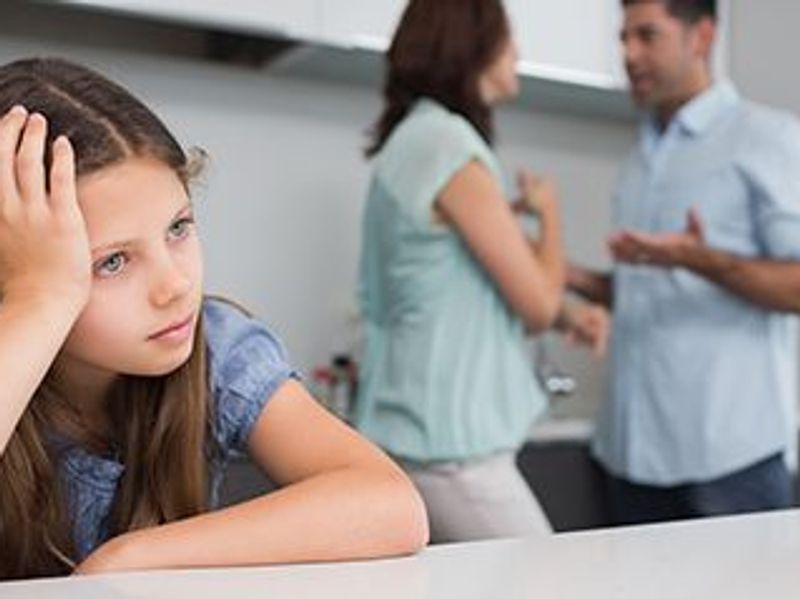 How Divorce Harms Kids, and How to Lessen That Harm

Kids who see their parents bicker during a separation or divorce are more likely to develop a fear of abandonment, new research warns.

And even if a youngster feels close to one or both parents, that fear can still undermine his or her mental health down the road.

The findings stem from interviews with roughly 560 kids between 9 and 18 years of age. Parents and teachers were also interviewed.

Interviewers first asked kids how frequent and intense the conflict between their parents was. Then they asked how often kids felt like they were caught in the middle -- for example, being asked by one parent to carry a message to the other. Finally, researchers wanted to know if their parents said bad things about each other.

"We found that exposure to conflict predicted children's fear that they would be abandoned by one or both parents," said lead author Karey O'Hara, an assistant research professor of psychology at Arizona State University in Tempe. "In turn, children who reported higher fear of abandonment were more likely to report more mental health problems 11 months later," based on interviews with both the kids and their teachers.

Such problems included bottled-up feelings of distress and/or general feelings of anxiety or fear.

O'Hara said this was more than expected given the participants' mental health when the study began. And having a good relationship with their parent didn't protect kids from fearing abandonment in the face of high conflict, she added.

The young participants (average age, 12) had been enrolled in a post-divorce program between 2012 and 2015.

O'Hara's team found that the link between parental conflict and fear of abandonment was evident regardless of a child's age, though it was more prevalent among younger ones.

The assessment lasted for 11 months, so it's unclear how long psychological ramifications might endure.

But it is already clear, O'Hara said, that simply being a good parent didn't appear to protect kids from the impact of exposure to parental conflict.

"This was the most surprising finding for us," she said. "Good parenting is a very strong and powerful protective factor for all children, especially after a separation or divorce. But based on prior research, we know that the effect of good parenting is complicated in separated/divorced families."

It's possible, O'Hara added, that "although good parenting is protective, it may not be enough to cancel out the negative effects of conflict."

Still, parents can do something about it: Just don't argue and fight in front of the kids, O'Hara urged.

"They can think of it as putting up a shield to protect their children from the conflict. One strategy would be to remind themselves -- maybe use a sticky note or reminder in the phone -- to put up the shield whenever they're around the other parent and there is a chance for conflict," O'Hara suggested. "And they can be extra careful that they don't say things to make their children feel caught in the middle, like they have to pick sides."

In other words, no badmouthing, and no asking the child to spy or convey messages, she noted.

"It is also important for parents to make sure that their children know that although they are separated or divorced, they will continue to care for them, to quell any fears of abandonment that the child might have," O'Hara said.

The findings come as little surprise to Dr. Anne Glowinski, director of child and adolescent psychiatry education and training at Washington University School of Medicine in St. Louis.

She characterized the findings as "very solid," noting that "almost all the negative impact of divorce can be attributed to ex-spousal conflict."

Glowinski said parents should know that good parenting after divorce means owning their contributions to conflict, and seeking help if they aren't able to control and mitigate conflict on their own.

"The tried-and-true way of reducing conflict is the practice of non-violent communication," she added.

The findings were published online Jan. 12 in the journal Child Development.

Learn more about pediatric mental health and divorce at the National Alliance on Mental Illness.