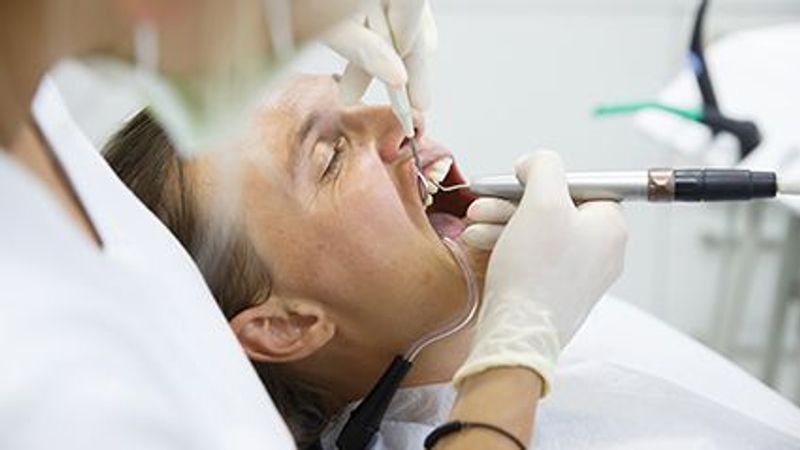 That fact may bring to mind emergency room scenes in television dramas, but a new study of 98 New York City metro area dentists found that they, too, experience high numbers of both physical and verbal aggression.

The study, published in the October issue of the Journal of the American Dental Association, found that nearly 1 in 4 dentists have experienced physical aggression and more than half have endured verbal assaults. Attacks on their reputations, including through lawsuits and social media, were also common.

Led by researchers from NYU College of Dentistry, the study is the first in the United States to document aggression toward dentists.

"Workplace violence toward health care professionals is both widespread and widely overlooked," said study author Kimberly Rhoades, a research scientist in the Family Translational Research Group at NYU College of Dentistry. "The purpose of this study was to provide an initial estimate of rates of patient aggression in dental practices in the United States."

Researchers asked dentists whether they had experienced any of 21 specific types of aggressive behaviors, ranging from kicking and pushing to being insulted or sworn at in their offices.

Their responses reflected rates that were similar to physical and reputational aggression experienced by dental students in a parallel study by NYU researchers published earlier this year. Student dentists in that study experienced far more verbal aggression, about 86 percent.

"Dentistry is rife with situations that can elicit strong negative emotions, such as fear, pain, distrust, and anger. Many patients also experience high levels of anxiety and vulnerability, which may increase negative responses or aggression," Rhoades said in an NYU news release. "Establishing that aggression toward dentists is a problem, and how often it occurs can help us develop interventions to prevent aggression in dental practices."

Researchers noted that a larger, national study would help determine how much aggression dentists experience. The United States has a workforce of about 200,000 dentists. They also suggested that dental practices should consider implementing training on preventing and de-escalating patient aggression.

Visit the American Dental Association for more on the dental profession.