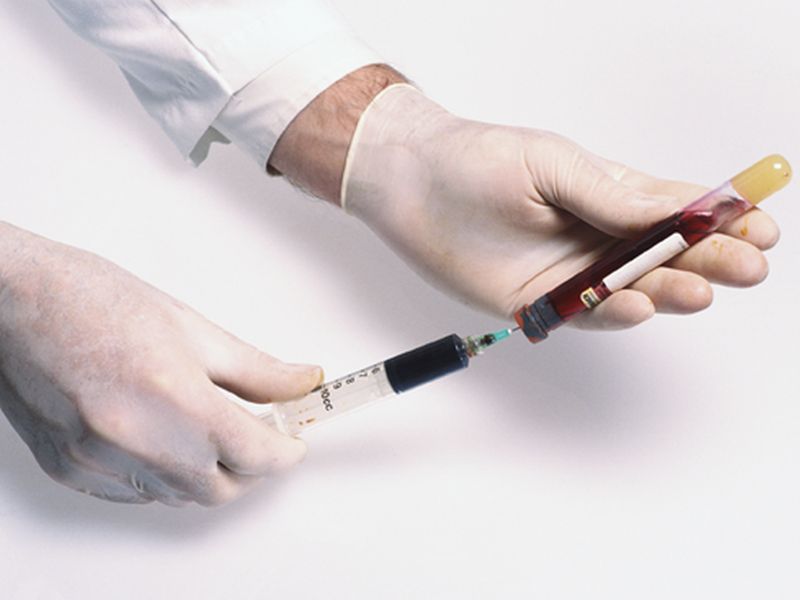 A simple blood test for dozens of cancers is in the works.

Researchers say their test can detect more than 50 kinds of cancer at early stages and pinpoint their location in the body.

"If these findings are validated, it will be feasible to consider how this test might be incorporated into a broader cancer screening strategy," said lead researcher Dr. Michael Seiden, president of McKesson Specialty Health's U.S. Oncology Network in Woodlands, Texas.

The test also identifies where the cancer originated 96% of the time and is 93% accurate.

Cancer tumors shed DNA, which ends up in the blood. By reading the changes in DNA signatures, the test can identify the type and location of the cancers.

Seiden's team analyzed blood samples from more than 4,300 participants with and without cancer. They checked their findings on nearly 1,300 more.

More than 50 types of cancer were included. The test detected 67% of the most deadly cancers in the United States at stages 1, 2 and 3.

Those 12 cancers account for 63% of cancer deaths in America each year. The test detected 44% of other cancers.

"The test seems particularly sensitive at detecting common cancers, such as lung and colon cancer, as well as highly lethal cancers that currently have no known screening tests, such as pancreatic and esophagus cancer," Seiden said.

The more advanced the cancer, the more likely it was to be detected, researchers found. For example, the blood test found 93% of the most advanced cancers in the group of 12 -- compared to 69% of those at the earliest stage.

"The test not only demonstrates the presence of cancer, but provides an accurate address as to the type of cancer and where the health professional should look for the malignancy," Seiden added.

The study was paid for by the maker of the blood test, GRAIL Inc., of Menlo Park, Calif.

Much more work must be done before the test can become a common clinical tool, said GRAIL spokeswoman Kelsey Grossman, adding that the company is working to get it on the market. She said it is too soon to comment on the test's cost.

"Our principal goal is to ensure broad access to our test, and we hope to make this groundbreaking technology available to as many people as possible," she said.

Having an accurate blood test to screen for cancers, especially those for which no screening test now exists, has been a goal for years, said Dr. Len Lichtenfeld, deputy chief medical officer of the American Cancer Society.

And while this study is encouraging, a test that can be used in general medicine is still years away, he said.

"It's another piece of information and one more step down the path to find a valid test for the early detection of cancer," he said.

But Lichtenfeld added that people shouldn't assume that just finding cancer is going to save everyone's life. "We've made that false assumption in the past, and it's even more important that we understand that in this situation," he added.

The report was published March 30 in the journal Annals of Oncology.

For more about cancer screening, visit the American Cancer Society.