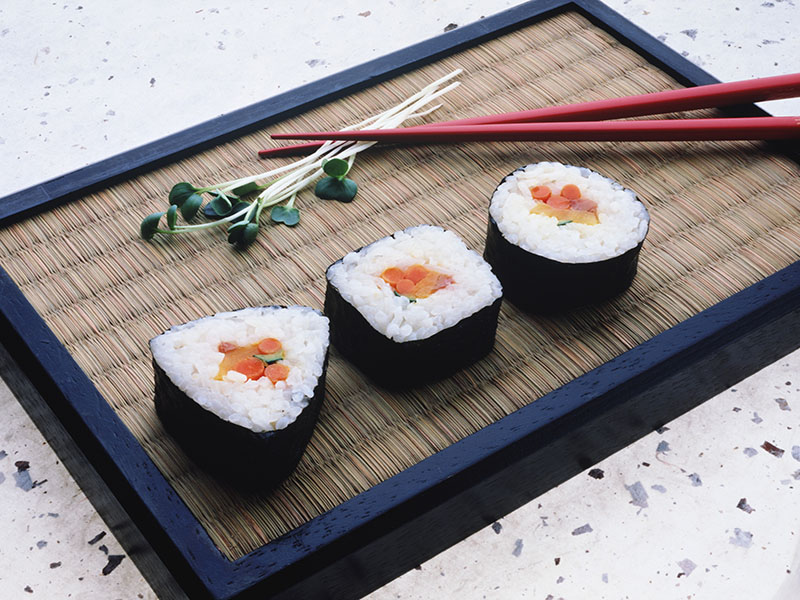 Your Sushi May Serve Up Parasitic Worms

You may get more than you bargained for when you eat sushi, a new study suggests.

Researchers found that since the 1970s, there's been a 283-fold increase in the abundance of a parasitic worm that can be transmitted to people who eat raw or undercooked seafood.

This huge increase in the abundance of Anisakis worms, also called herring worms, could have consequences for both human and marine mammal health, according to the authors of the study published recently in the journal Global Change Biology.

When people eat live herring worms, they can invade the intestinal wall and cause symptoms similar to food poisoning, such as nausea, vomiting and diarrhea. In most cases, the worm dies after a few days and the symptoms disappear, said study corresponding author Chelsea Wood. She is an assistant professor in the University of Washington's School of Aquatic and Fishery Sciences.

Wood noted that most cases of the disease, called anisakiasis, aren't diagnosed because people assume they had food poisoning.

Despite their name, herring worms are found in a variety of marine fish and squid species, Wood explained. They can reach up to 2 centimeters (0.8 inches) in length.

While seafood processors and sushi chefs are good at finding and removing herring worms from fish, some worms still sneak past this screening, Wood said.

If you're concerned about the worms when eating sushi, cut each piece in half and check for worms before eating your sushi, she advised.

The study findings are based on an analysis of published research about Anisakis worms that's archived online.

The health risks of the worms are fairly low for people, but may have a large impact on marine mammals such as dolphins, whales and seals, according to the researchers.

"One of the important implications of this study is that now we know there is this massive, rising health risk to marine mammals," Wood said in a university news release.

"It's not often considered that parasites might be the reason that some marine mammal populations are failing to bounce back," she said. "I hope this study encourages people to look at intestinal parasites as a potential cap on the population growth of endangered and threatened marine mammals."

The U.S. Centers for Disease Control and Prevention has more on anisakiasis.