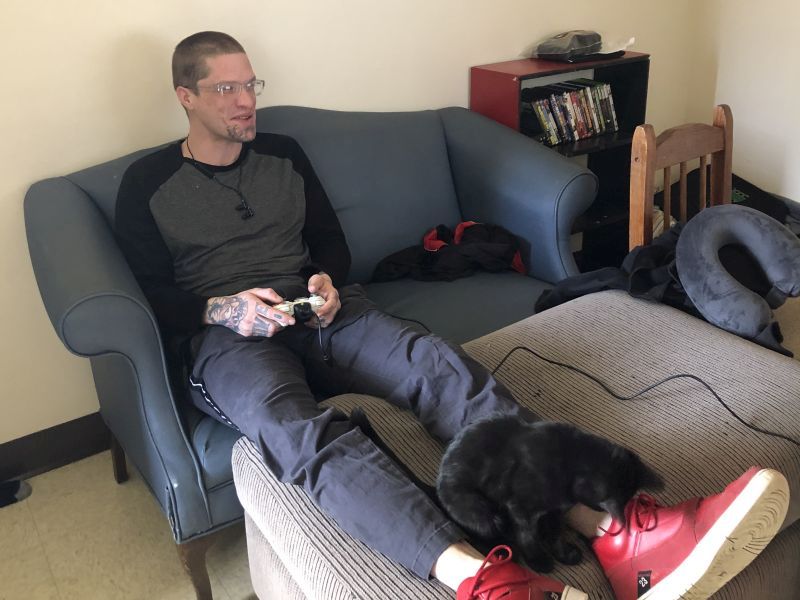 The Doctor Gap: In Areas of Greatest Need, Primary Care Is a Team Effort

The day paramedics rushed Jeramiah Parsons to the hospital, his lips were so sore and swollen he had trouble talking. A skin-picking habit related to his methamphetamine addiction had permitted a dangerous antibiotic-resistant infection to take up residence in his face. He had no health insurance and no doctor he could call.

"It's difficult to acquire a primary care physician, especially when your life circumstances are insurmountably daunting," Parsons explained.

It can be all the more challenging when you have little or no access to primary care due to local physician shortages.

St. Joseph, Mo., where the 36-year-old resides, is the seat of Buchanan County, a so-called "health professions shortage area." The designation means there are too few primary care, mental health, and/or dental care providers to adequately serve the population. (In Buchanan, all three apply.) Primary care doctors who agree to practice in such areas may qualify for loan repayment or scholarships.

After recovering from sepsis, Parsons met Dana Peters, a community health worker who helped him complete a housing application and apply for Medicaid. She connected him with Rachel Lessor, a nurse practitioner at his new primary care provider -- St. Joseph-based Northwest Health Services, a nonprofit, federally qualified health center.

Now that he has a team of care providers, Parsons hasn't had to return to the emergency department. His experience highlights the role health centers play in America's most underserved communities. "I feel like I have a better shot at it now," he said.

"You don't go to a health center if you want to make a bunch of money," said Dr. Ronald Yee, chief medical officer of the National Association of Community Health Centers, the voice of the nation's 1,400 health centers, which serve 29 million people at 12,000 locations.

Just to fill existing vacancies, health centers could use 2,500 more primary care clinicians, including physicians, physician assistants (PAs), nurse practitioners (NPs) and nurse midwives, said Yee, who worked for a California health center for 20 years. When recruiting primary care providers, he would look for people driven by a sense of mission and try to match their interests with opportunities in the community or the practice.

"I had a PA who did exercise classes every Wednesday night, and that is part of what she loved doing," he recalled. She came to the center as a National Health Service Corps (NHSC) scholar (kind of like the military for health care) but stayed for multiple years after her commitment had been fulfilled. NHSC scholars receive up to four years of tuition in exchange for serving in a high-needs area after completing their primary care training.

Increasingly, community health centers are relying on non-physician health providers to flesh out their primary care teams. In 2013, health centers employed 0.78 PAs, NPs and nurse midwives for every one doctor, Yee said. Now it's more like 1.02 to 1.

PAs have masters-level training in all aspects of medicine. They can diagnose and treat illnesses and prescribe medications. NPs are registered nurses with advanced clinical training. (DNPs have doctoral-level training in nursing.)

In some states, there's a movement to ease regulations so that NPs and PAs can handle more primary care tasks -- up to the full extent of their education and training. Twenty-two states and Washington, D.C., for example, allow NPs to perform patient care tasks on their own. The others require physician supervision or collaboration.

In North Carolina, even if nurse practitioners acquire waivers to prescribe the opioid addiction drug buprenorphine, they cannot write those prescriptions without supervision by a physician who also has a waiver.

Not everyone is comfortable with lifting such restrictions. In a Jan. 14 letter to the U.S. Centers for Medicare and Medicaid Services regarding proposed reforms to Medicare, the American Academy of Family Physicians argues that advanced practice registered nurses and PAs "should never independently deliver care without supervision from a physician." Team-based models of care should be physician-led, the academy stated.

Patricia Pittman, who directs the Fitzhugh Mullan Institute for Health Workforce Equity at George Washington University, said it's not about squeezing out physicians; it's about how best to configure care teams. With two NPs, a social worker, an RN and a community health worker in a single practice alongside one doctor, "you could cover 30% more patients with one physician," she said, "which would mean that you could reduce estimates of the number of physicians you need in the country."

As for Parsons, he had nothing but good things to say about his team of providers. "I'm treated in a dignified manner, rather than just kind of thrown away," he said.