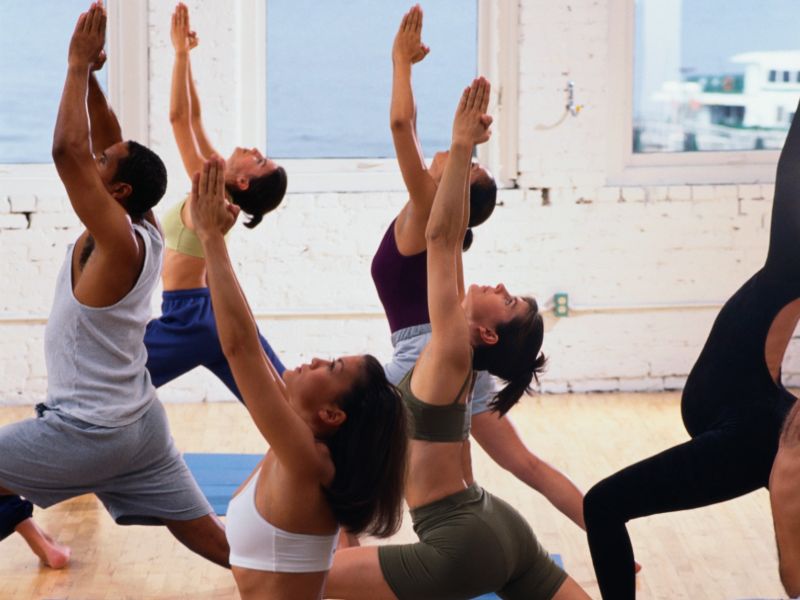 Looking for a way to improve your memory, gain control over your emotions, and boost your ability to multitask?

A new brain scan study may be just the incentive you need to put yoga at the top of your New Years' to-do list.

The review of 11 published studies found a link between yoga's movements, meditation and breathing practices and an increase in the size of key brain areas. Those areas are involved in thinking clearly, decision-making, memory and regulating emotions.

"The science is pointing to yoga being beneficial for healthy brain function, but we need more rigorous and well-controlled intervention studies to confirm these initial findings," study co-author Jessica Damoiseaux said in a news release. She's an assistant professor of gerontology and psychology at Wayne State University in Detroit.

The review, published Dec. 26 in the journal Brain Plasticity, found the brain benefits of yoga are similar to those from aerobic exercise.

Why isn't yet clear. More study is needed, the authors said.

"Yoga is not aerobic in nature, so there must be other mechanisms leading to these brain changes," lead author Dr. Neha Gothe said in the news release. "So far, we don't have the evidence to identify what those mechanisms are."

Gothe is director of the Exercise Psychology Lab at the University of Illinois at Urbana-Champaign.

Five of the 11 studies used brain imaging before and after newbies followed a regimen of at least one yoga session per week for 10 to 24 weeks. All used a regimen called hatha yoga.

Other studies compared brain scans of yoga practitioners and people who had never tried yoga.

Collectively, the studies pointed to a link between yoga and increased size in the brain's hippocampus. Involved in memory and learning, the hippocampus shrinks with age and is the first part of the brain affected by Alzheimer's and dementia.

Yoga also appeared to expand the amygdala, a brain area involved in emotions; the prefrontal cortex, which is involved in planning and making choices; and the cingulate cortex, which plays an important part in regulating emotions, learning and memory.

Dr. Thomas Vidic, a neurologist at Elkhart General Hospital in Elkhart, Ind., who was not involved in the study, said he was not surprised by the findings.

"There have been numerous studies that show that mental and physical activity is useful [and] probably necessary -- to maintaining brain function," said Vidic, who is also a member of the American Academy of Neurology.

For now, however, "we cannot separate out what it is about yoga that is causing these effects, [but] it would be an easy guess that yoga combines both mind and body, and is thus able to activate numerous pathways," Vidic added.

So should those who've never been drawn to yoga before but might like the potential brain benefits give it a go?

Definitely, Vidic said. But, he added, if you haven't been active, start slow and join an appropriate group.

"Yoga is not for sissies," he said. "It is a serious discipline and within this concept is the significant physical and cognitive stimulation."

And, remember, you won't become competent overnight. But, Vidic said, you can become an enthusiast on day one.

"I believe that everyone needs to find an activity that is physically and mentally stimulating," he said. "And for many people yoga is a great activity."

Learn more about the benefits of exercise on the brain at the American Heart Association.