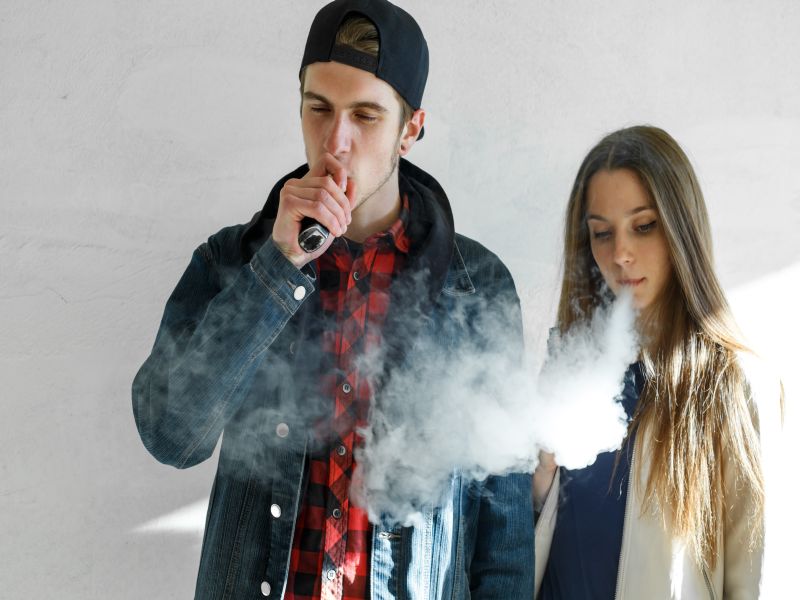 Additives to E-Cigarettes May Be Upping Health Dangers

The compounds, known as terpenes, are added into pure THC distillations to dilute the product and provide the vapor with aroma and taste, said senior researcher Robert Strongin, a professor of organic chemistry at Portland State University in Oregon.

Samples of lab-created e-liquids and "dabs" -- waxy pot concentrates -- produced a variety of toxic chemicals when they were heated, Strongin and his colleagues found.

There's concern that these toxins could harm users, particularly teenagers whose bodies and brains are still developing, Strongin said.

Terpenes are found in the essential oils of some plants, particularly conifers and citrus. They are the compound that "gives cannabis its very distinctive smell," he said, noting that pure THC doesn't have any scent.

Nearly 2,300 Americans have been sickened and 48 have died due to a lung injury that hampers and sometimes completely restricts a person's ability to draw breath, according to the U.S. Centers for Disease Control and Prevention (CDC).

The CDC has identified one compound, vitamin E acetate, as a chemical of concern in those cases. It's most often used as a thickening agent in vaping products containing THC, the ingredient in marijuana that causes intoxication.

"That's what everyone is talking about now, that some of this might be the terpenes being burned at such high temperatures and us not knowing what the side effects are," she said.

The natural terpenes in marijuana are removed during the distillation process used to produce pure THC, Strongin said. Other terpenes are added back in to make sure the product smells like pot.

Manufacturers also use terpenes to thin the pure cannabinoids that are being distilled from marijuana plants, he added.

"THC and CBD are very, very viscous. It's really hard to use pure versions of those," Strongin said. "They're almost solid, very sticky and gummy and oily. Terpenes are more liquid, and adding them makes the cannabinoids more tractable and easier to manage."

To test whether terpenes would produce toxins when heated, the researchers created e-liquids and dabs containing 90% THC and 10% terpenes.

They then heated or burned their creations and captured the vapor for analysis.

Narasimhan said additives like terpenes are of particular concern because they have been linked to lung injuries.

Another organic compound called diacetyl is used to create a buttery taste. More than a decade ago, it was found to cause lung damage in popcorn factory workers who breathed in the chemical, Narasimhan said.

Her hospital has seen at least 40 cases of patients with vaping-related lung injury, and the vast majority were users of off-label THC e-liquids.

The new study was recently published in the journal ACS Omega.

The U.S. Centers for Disease Control and Prevention has more about vaping-related lung injuries.