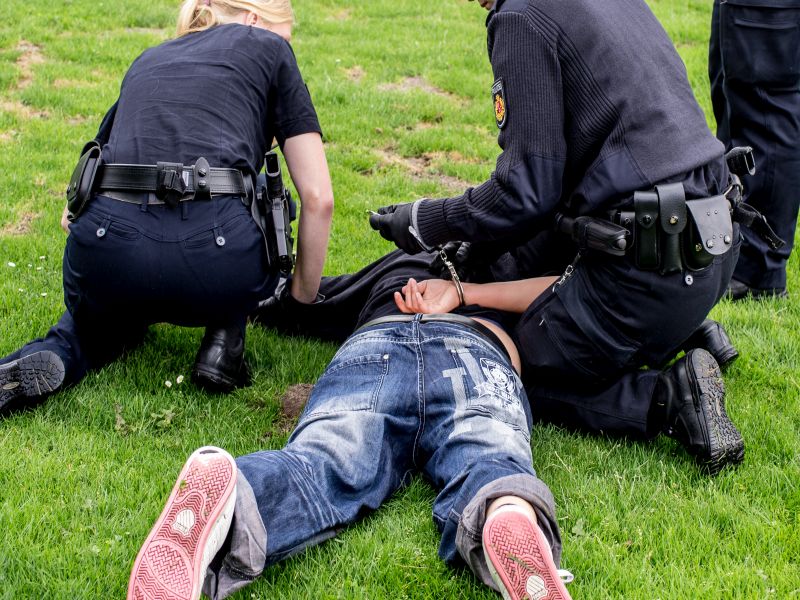 Americans are increasingly viewing people with mental illnesses as a violent threat, despite scientific evidence to the contrary, a new study suggests.

Media coverage of mass shootings may be a contributing factor to the shift in attitudes, experts noted.

Researchers found that compared with 10 to 20 years ago, more Americans today believe that people with schizophrenia are a violent threat toward others. By 2018, over 60% of study respondents held that view -- and a similar percentage thought people with the disorder should be forced into hospitalization.

Meanwhile, many Americans also perceive people with major depression or alcoholism as violent toward others -- though those numbers haven't changed much from years past.

The problem with those beliefs, experts said, is that they're false: The vast majority of people with mental health disorders are not violent toward others, and little violent crime in the United States can be attributed to them.

"It's a myth that people with mental illnesses are more violent than the rest of us," said lead researcher Bernice Pescosolido, a sociology professor at Indiana University in Bloomington.

The U.S. health department estimates that only 3% to 5% of violent acts are committed by people with a serious mental illness.

So why do so many Americans equate those disorders with violence? The media -- including its coverage of mass shootings -- probably play a role, according to Beth McGinty, an associate professor of health policy and management at Johns Hopkins University in Baltimore.

McGinty, who was not involved in the study, conducts research on mental health, substance use and violence.

In a 2016 study, she found that about 40% of news stories on mental illness drew links to violent behavior. And that has become more common in recent years.

Related to that trend is the political rhetoric. It's "well-known," McGinty said, that the gun lobby promotes the idea that gun violence should be tackled by the mental health system.

Pointing the finger at mental illness has two broad consequences, Pescosolido said: unfairly stigmatizing people with psychiatric conditions, and giving the public the false impression that better mental health care is the answer to the nation's violence problem.

"Would I like to see our mental health care system improved?" Pescosolido said. "Yes -- please. But that won't solve the problem of gun violence."

Besides the fact that most mentally ill people are not violent, she noted, there's another key point: Mental health professionals, contrary to popular belief, are not able to predict which patients will become violent toward others.

The findings, published Oct. 7 in the journal Health Affairs, are based on a national survey conducted in three waves -- 1996, 2006 and 2018. U.S. adults were asked to respond to various vignettes portraying someone with either schizophrenia, depression, alcoholism or simply "daily troubles"-- such as problems with anger control -- but no psychiatric disorder. There were about 1,100 to 1,500 participants in each wave.

In 2018, respondents were more likely to say someone with schizophrenia was dangerous to others, versus previous years. Many also believed that people with depression or alcohol dependence were a threat to others, too -- though they thought the risk of self-harm was greater.

In addition, there was wide support for "coerced" treatment, especially for people with schizophrenia. But even when it came to the hypothetical person with everyday "troubles," about one-fifth of Americans in 2018 voiced support for forced medication or hospitalization.

"That's one of the more frightening findings," Pescosolido said.

McGinty agreed. "I think that speaks to the public's fear."

What about the argument that someone would have to be mentally ill to commit a horrific crime like a mass shooting?

Perpetrators are clearly not mentally healthy, McGinty stressed. But, she said, that does not mean they have a diagnosable psychiatric disorder.

Pescosolido agreed. "These acts are so heinous," she said, "people can't grasp it. They want to say that person must be 'sick.'"

Instead, Pescosolido said, perpetrators may often be driven by things like anger and social isolation -- which are not mental illnesses.

Most mass shooters are young, white men, Pescosolido noted. "We need to better understand why they're getting so angry at society that they'd do this," she said.

The U.S. Department of Health and Human Services has more on mental health myths.