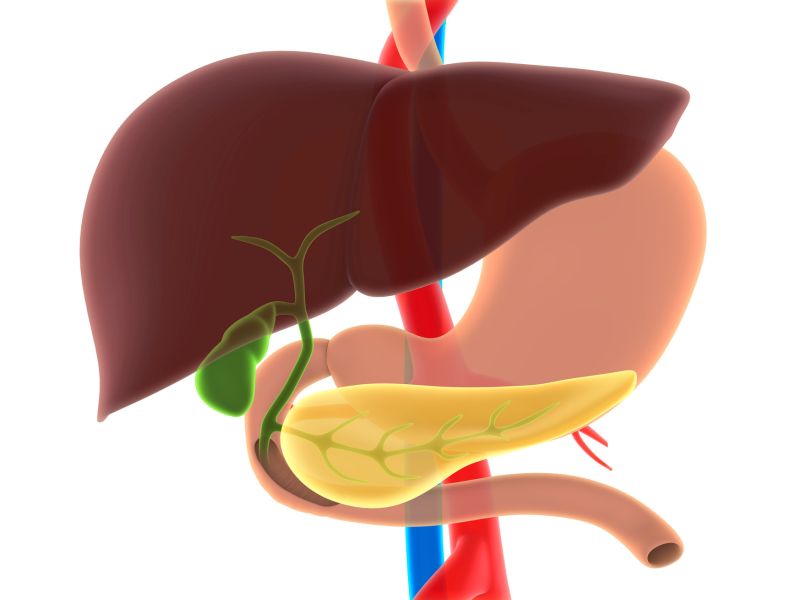 Fungi living in the gut can move into the pancreas, triggering changes to normal cells that can result in cancer, a new study suggests.

The finding could advance the prevention and treatment of pancreatic cancer, which is usually fatal because it's often detected too late. The disease has been in the news lately because "Jeopardy!" host Alex Trebek is waging a battle against an advanced form of the illness.

The new research focuses on a particular form of the cancer, called pancreatic ductal adenocarcinoma, which can be fatal within two years.

While the exact causes of pancreatic cancer remain unclear, the American Cancer Society has long recognized that viruses, bacteria and parasites can help spur pancreatic tumors, the authors of the new study noted.

But fungi haven't been shown to play a role -- until now.

"While past studies from our group have shown that bacteria travel from the gut to the pancreas, our new study is the first to confirm that fungi, too, make that trip, and that related fungal population changes promote tumor inception and growth," study co-author Dr. George Miller said in a news release from NYU Langone Health.

Pancreatic ductal adenocarcinoma is cancer of the tube in the pancreas where digestive juices drain into the intestines. This exchange causes fungal populations in the gut and pancreas -- the "mycobiome" -- to become abnormal, the NYU team explained. That change may cause pancreatic cells to turn malignant.

In the new study, the researchers first looked at fungal transfer from the gut to the pancreas in mice that already had pancreatic tumors.

In those experiments, the researchers found that treating the rodents with an antifungal drug shrunk the weight of tumors from between 20% to 40% over 30 weeks.

Investigating further, the team catalogued the species of fungi in the poop of mice with or without pancreatic cancer. They even tagged the fungi with "glowing" proteins to watch the microbes travel from the gut to the pancreas.

Certain patterns emerged, with some populations of fungal species increasing at a far higher rate in the cancerous pancreases versus the non-cancerous ones.

One such cancer-linked species is called Malassezia.

"We have long known that Malassezia fungi -- generally found on the skin and scalp -- are responsible for dandruff and some forms of eczema, but recent studies have also linked them to skin and colorectal cancer," study senior co-author Deepak Saxena noted in the news release.

"Our new findings add evidence that Malassezia is abundant in pancreatic tumors as well," said Saxena, who is professor of basic science and craniofacial biology at NYU College of Dentistry. Pancreatic cancers in the mice grew about 20% faster when Malassezia was allowed to grow unchecked, the team noted.

The researchers theorized that fungi spur growth of the cancer by affecting immune system mechanisms that lead to abnormal tissue growth.

Study co-first author Smruti Pushalkar, a research scientist at NYU College of Dentistry, added, "Moving forward, one goal for our team is to determine which species are most relevant to cancer, as doing so could guide future attempts to slow tumor growth with targeted antifungal medications, and to avert side effects."

The results of the study add evidence to the theory that fungi increase the risk for cancer by activating an ancient part of the immune system, the researchers said. This immune response fights infections but also increases cell growth as the infection is cured. Past studies have shown that aggressive tissue growth can cause cancer when it's combined with genetic flaws.

The report was published Oct. 2 in the journal Nature.

For more on pancreatic cancer, visit the American Cancer Society.