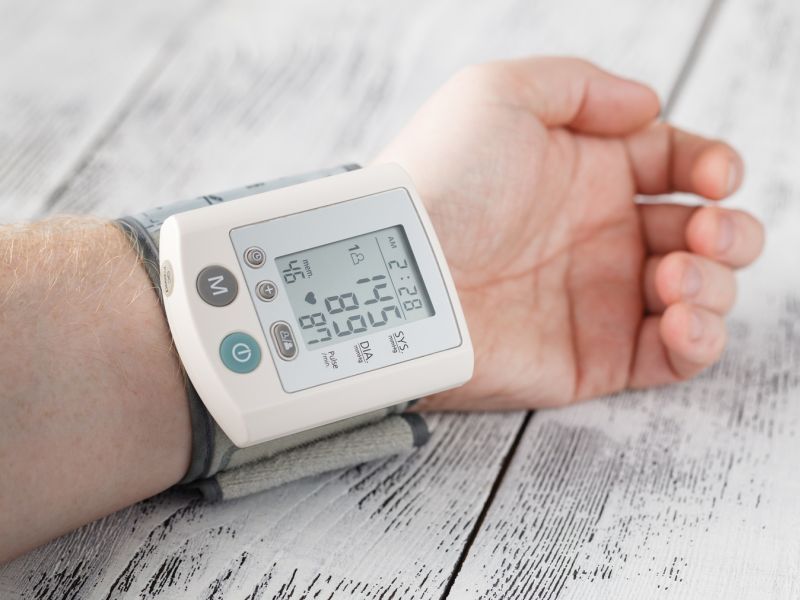 Intensive treatment to lower high blood pressure can decrease older adults' risk of sharp blood pressure drops that can cause dizziness and increase the likelihood of falling, a new study says.

It included more than 2,800 patients, average age 63, who had recently suffered a stroke.

Half received more aggressive treatment to lower their blood pressure to below 130/80 mm Hg. The others got less intensive therapy with a target of between 130-149/80-90 mm Hg or more.

Blood pressure levels and symptoms were monitored over an average 15 visits per patient. During each visit, blood pressure was measured three times while a patient was seated and one time after two minutes of standing.

This was done to detect any changes and symptoms of orthostatic hypotension (OH), a sudden drop in blood pressure that can occur when a person goes from sitting to standing.

OH is associated with dizziness and increased risk of falling.

The study was presented Saturday at an American Heart Association meeting, in New Orleans. Research presented at meetings is typically considered preliminary until published in a peer-reviewed journal.

While good blood pressure control helps reduce the risk of heart attack and stroke, it's long been believed that aggressive treatment could increase older adults' risk of falls, which can result in fractures, lengthy hospital stays and death.

One in four older adults has a fall each year, according to the National Council on Aging.

"Falls can be devastating in this older population. As a result, there is substantial concern about anything that might increase their fall risk," said study lead author Dr. Stephen Juraschek, an assistant professor of medicine at Harvard Medical School.

"However, our study provides strong evidence that intense blood pressure treatment does not induce orthostatic hypotension or its symptoms," he added in a heart association news release.