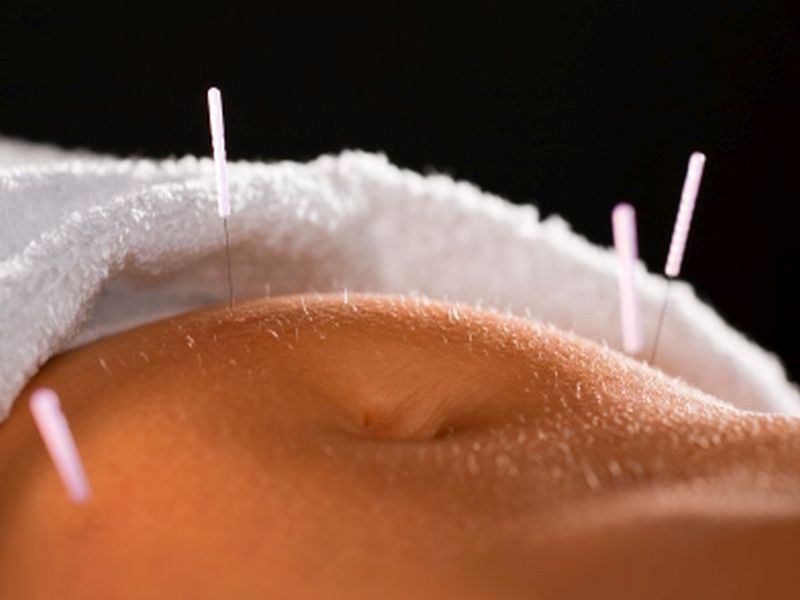 Could an ancient Chinese practice come to the rescue for women struggling with menopausal symptoms?

New Danish research suggests that -- for some women at least -- acupuncture might bring relief.

"Acupuncture for menopausal symptoms is a realistic option for women who cannot or do not wish to use [hormone therapy]" to ease hot flashes, sleep issues or mood swings, said a team led by KammaSundgaardLund, from the department of public health at the University of Copenhagen.

One expert in the United States said the use of acupuncture for menopausal issues isn't new.

"As an ob/gyn, I have referred many patients for acupuncture for various different pain syndromes," said Dr. Adi Davidov, interim chair of obstetrics and gynecology at Staten Island University Hospital in New York City.

In the study, Lund's team tracked outcomes for 70 menopausal women in Denmark who underwent either five weeks of standardized Western medical acupuncture or no acupuncture.

The acupuncture was performed by family doctors in nine different practices who had been trained in acupuncture and had been performing it for an average of 14 years. Each weekly session lasted 15 minutes.

Compared to women who didn't get the needling procedure, those who did had significant reductions in hot flashes, the study found. Acupuncture recipients also said they had less severe and less frequent day and night sweats, general sweating, sleep problems, emotional and physical symptoms, and skin and hair problems.

All in all, 80 percent of the women who underwent acupuncture said they felt the treatment had helped reduce their menopause symptoms.

Lund's team stressed that the short length of the study means that a placebo effect can't be ruled out in the acupuncture treatment group.

And "we believe this acupuncture intervention is most relevant to women who experience moderate-to-severe menopausal symptoms," they added.

Davidov believes acupuncture has a myriad of applications in medicine.

Many physicians are using acupuncture as an alternative therapeutic option for various different ailments," he said. "I have also referred obstetrical patients who suffer from sciatica who fail medical treatment."

"As acupuncture becomes more mainstream, I believe that we will find more applications," Davidov said.

The study was published Feb. 19 in the journal BMJ Open.

The U.S. National Institute on Aging has more about menopause.