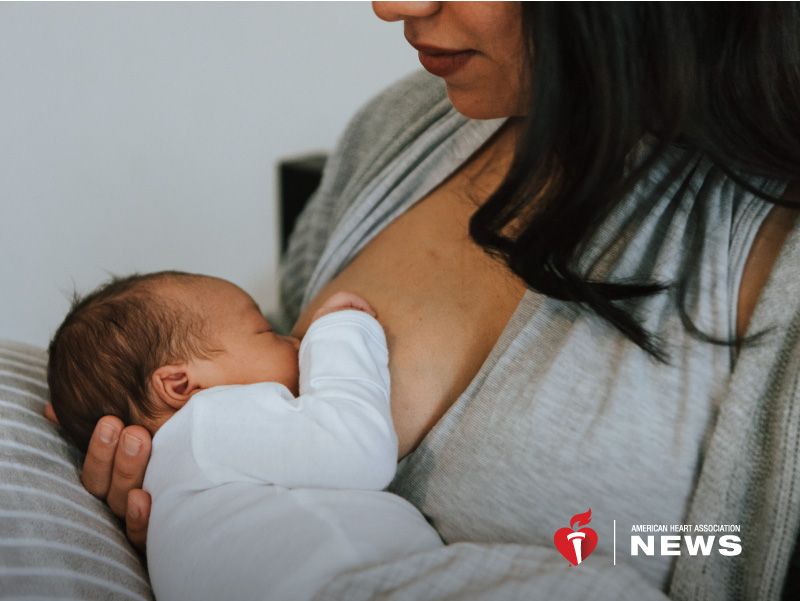 Studies have long touted the benefits of breastfeeding for infants, including stronger immune systems and lower risk for asthma, obesity and Type 2 diabetes. But babies aren't the only ones benefiting: Nursing also appears to provide health benefits for moms.

Research suggests women who breastfeed have a lower risk of breast and ovarian cancers. The longer women nurse, whether with one child or over the course of several, the lower their risk.

More recently, studies have found that breastfeeding also helps the mother's heart -- beyond nurturing its bond with baby, that is.

Breastfeeding has been associated with a lower risk of developing diabetes, high cholesterol, high blood pressure and heart disease.

But the mechanics behind how that might happen is up for debate.

It's possibly linked to the release of the hormone oxytocin, which relaxes blood vessels, said Dr. Nieca Goldberg, medical director of the Joan H. Tisch Center for Women's Health at New York University.

"It may also very well be that many breastfeeding mothers have a healthier lifestyle overall," she said.

These women may eat healthier, exercise regularly and "they make healthier choices in general, not only for their babies but themselves," she said.

Another theory stems from the large number of calories burned from breastfeeding.

A 2017 study published in the Journal of the American Heart Association found nursing may help mothers lower their risk of heart attack and stroke long after giving birth. The study didn't explain the reason behind the link, but researchers noted that breastfeeding helps women lose pregnancy-related weight, including fat reserves that help fuel fetal growth. This process may help "reset" the body's metabolism after giving birth.

But for the most part, Goldberg said, "the jury is still out on the specific reasons why breastfeeding lowers risk for heart disease."

None of the research suggests that women who can't or choose not to breastfeed are more likely to develop heart issues, Goldberg said.

"There are many other things you can do to improve your heart health," she said. "Think about it, every time you take your baby for a walk, you're exercising yourself, too."

A 2018 report from the Centers for Disease Control and Prevention found that 4 out of 5 babies are breastfed after birth, although only half of all infants are still breastfed at 6 months.

The American Academy of Pediatrics recommends exclusive breastfeeding for the first six months, then continued nursing with the introduction of foods through the rest of the first year and thereafter for as long as mother and baby desire.

For women who don't know whether they want to breastfeed, just knowing the option may improve their heart health could tip the scale, said Dr. Lisa Hollier, president of the American College of Obstetricians and Gynecologists.

It could be especially appealing for women who develop pregnancy complications such as preeclampsia or gestational diabetes, since those conditions can mean a significantly increased lifetime risk of cardiovascular disease.

"Breastfeeding would be beneficial for these women," said Hollier, chief medical officer for obstetrics and gynecology at Texas Children's Health Plan in Houston. "Our counseling of women after delivery following this type of pregnancy complication really should include information about the protective association between breastfeeding and metabolic disease and cardiovascular disease."

"But if you were on the fence about breastfeeding," she said, "this is just one other thing that would add to your decision."