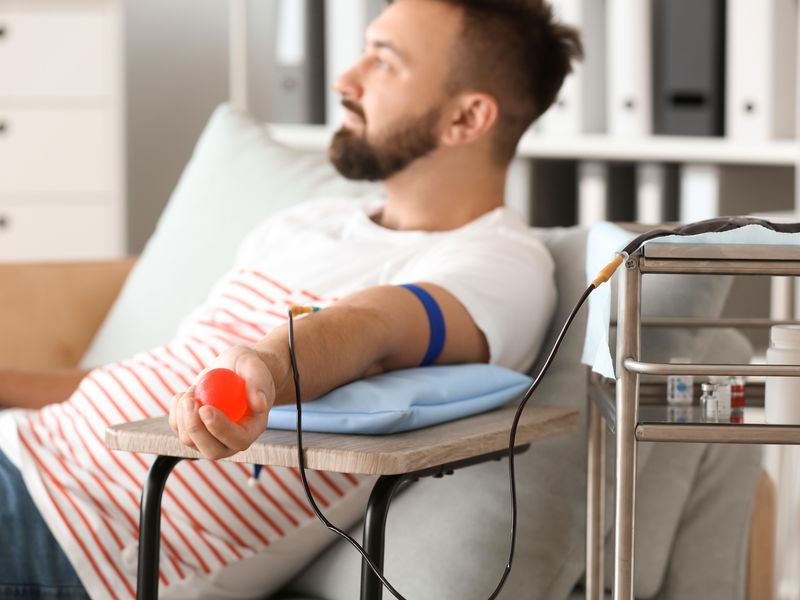 U.S. Food & Drug Administration policies that have limited blood donations from men who have sex with men may soon ease.

At the moment, FDA policy does not allow blood donation from men who have had sex with other men in the past three months. That's already a shorter timeframe than in the past, when the agency required a one-year gap.

The agency is now considering switching to questionnaires that focus on individual risk, rather than blanket limitations, CNN reported.

“The FDA remains committed to gathering the scientific data related to alternative donor deferral policies that maintain a high level of blood safety,” the agency said in a statement issued Wednesday. “We anticipate issuing updated draft guidance in the coming months.”

The FDA changed those guidelines in 2020 as the need for blood donations grew during the pandemic, CNN reported.

“While today's reports of an overdue move from the FDA is an important step, our community and leading medical experts will not stop advocating for the FDA to lift all restrictions against qualified LGBTQ blood donor candidates,” Sarah Kate Ellis, CEO and president of GLAAD, an LGBTQ media advocacy organization, said in a statement.

Other countries have already made similar moves: Since 2020, men in a long-term relationship with another man have been allowed to donate blood in the United Kingdom, though other men who have sex with men must still wait to donate for three months.

“As LGBTQ leaders and medical experts have been saying for years: bans and restrictions on blood donations from gay and bisexual men are rooted in stigma, not science,” Ellis said.

Medical and blood donation organizations voiced their support of the plan.

“The AMA [American Medical Association] relentlessly advocates for eliminating public policies that do not align with scientific evidence and best ethical practices, which is why we have urged the FDA to use rational, scientifically-based deferral periods for donation of blood, corneas and other tissues that are fairly and consistently applied to donors according to their individual risk,” AMA President Dr. Jack Resneck Jr. told CNN.

The American Red Cross said Wednesday it “believes blood donation eligibility should not be determined by methods that are based upon sexual orientation and is committed to working with partners toward achieving this goal.”

The Red Cross added that it has been involved in the FDA-funded ADVANCE study to determine whether a questionnaire that assessed individual risks in gay and bisexual donors could replace a blanket time-based policy.

The U.S. Department of Health and Human Services has more on donating blood.