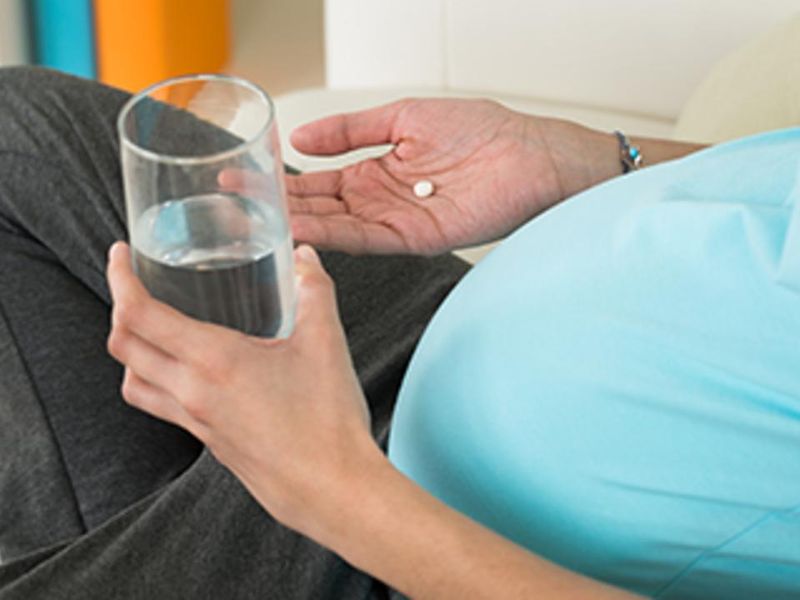 Pregnant women addicted to opioids have both a compelling reason to change and a harder time getting medications to battle their substance use disorder.

Now, a new plan from the Biden administration would expand the use of medications to treat addiction in pregnant women through federal court and health programs.

"This is a bold statement, a big moment, coming from the president and the vice president, to show that pregnancy is the golden opportunity to help women get into recovery," Dr. Anna Lembke, medical director of addiction medicine at Stanford University, told the New York Times.

The White House was expected on Friday to release a report on the initiative, which would use the Justice Department, the Department of Veterans Affairs and the Indian Health Service to improve access to buprenorphine and methadone, the Times reported.

The Substance Abuse and Mental Health Services Administration (SAMHSA) would train judges to include opioid replacement drugs into sentencing plans for pregnant women with opioid abuse disorders. Meanwhile, addiction experts would work to improve access to the medication in places where addiction rates are high, the Times said.

SAMHSA would also expand services to include a dedicated associate administrator for women's services and developing national certification standards for peer recovery support specialists. In addition, the agency will track the number of obstetricians and midwives who are approved to prescribe buprenorphine.

Health care providers who treat veterans will begin training and pilot programs that would integrate medication into their care models for this high-risk group, the Times reported.

The Indian Health Service, which serves American Indians and Alaska Natives, will also begin prescribing buprenorphine when needed. It will train employees to screen pregnant or childbearing-age women for opioid use disorders.

This is "a technical but powerful nudge to normalize it, to make it part of the fabric of how we treat this condition," Lembke said.

The drugs buprenorphine and methadone are controversial because they are also opioids, though they don't produce a high. They are proven to reduce dependency on the more dangerous opioids that kill more than 100,000 Americans each year -- including heroin, fentanyl and other opioids.

Use of opioids in pregnancy is associated with low birth weight, preterm labor and miscarriage, the report stated. It's also dangerous for the women themselves, who are more likely to die of drug overdose, the Times said.

Pregnant women were about 17% less likely to be accepted for opioid treatment appointments by buprenorphine prescribers, according to one study.

"Imagine coming to see a doctor for a new cancer diagnosis and being told there is a 50-50 chance you'll get treatment," Dr. Caleb Alexander, an opioid abatement expert who studies drug safety at Johns Hopkins University, told the Times.

While the new plan is ambitious, some experts are concerned that it doesn't include much detail on funding.

Without that, the plan may not create lasting change, Andrew Kessler, founder of the behavioral health consultancy Slingshot Solutions, told the Times.

"It's big and bold, no doubt," Kessler said, comparing the plan to the outlines in a coloring book. "But now it's time to color it in."

The U.S. Department of Health and Human Services has more on the opioid epidemic.