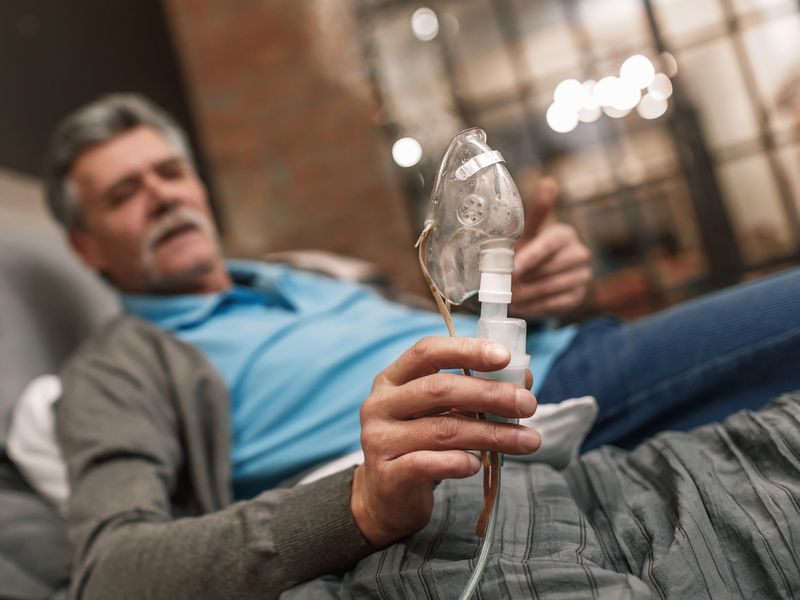 Have Sleep Apnea & Heart Disease? CPAP May Keep You Out of the Hospital

People with heart disease should be screened for sleep apnea, the authors of a new study suggest. They found that consistent use of a CPAP machine lowered the chances of winding up back in the hospital for heart issues.

"Cardiovascular disease is the No. 1 killer of older adults in the world," said study author Jennifer Albrecht, an associate professor of epidemiology and public health at the University of Maryland School of Medicine.

Sleep apnea is found in about 40% to 60% of people who have heart disease. About 30 million adults have sleep apnea, experiencing repeated collapse of the upper airway during sleep.

But a CPAP machine and mask deliver mild levels of air pressure to keep the airway open.

In the study, researchers analyzed data from 1,301 Medicare recipients with heart disease who were newly diagnosed with obstructive sleep apnea between 2009 and 2013, initiated CPAP and were hospitalized. Their mean age was 73 and about 53% were men.

Researchers found that the overall 30-day readmission rate over a two-year period after starting CPAP was 10.2%. About 33% of the study sample had low adherence in using their CPAP. About 38% had partial adherence. About 28.5% had high adherence.

The team found that Medicare beneficiaries with high adherence were 60% less likely to be readmitted to the hospital within 30 days.

The findings were published recently in the Journal of Clinical Sleep Medicine.

"Treatment can also reduce 30-day readmissions, a major driver of health care costs in the U.S.," she said. "If patients show signs of obstructive sleep apnea, such as snoring, daytime sleepiness or poor sleep quality, they should talk to their doctor, and doctors should ask about sleep, especially when caring for older adult patients with cardiovascular disease."

The U.S. National Heart, Lung, and Blood Institute has more on sleep apnea.