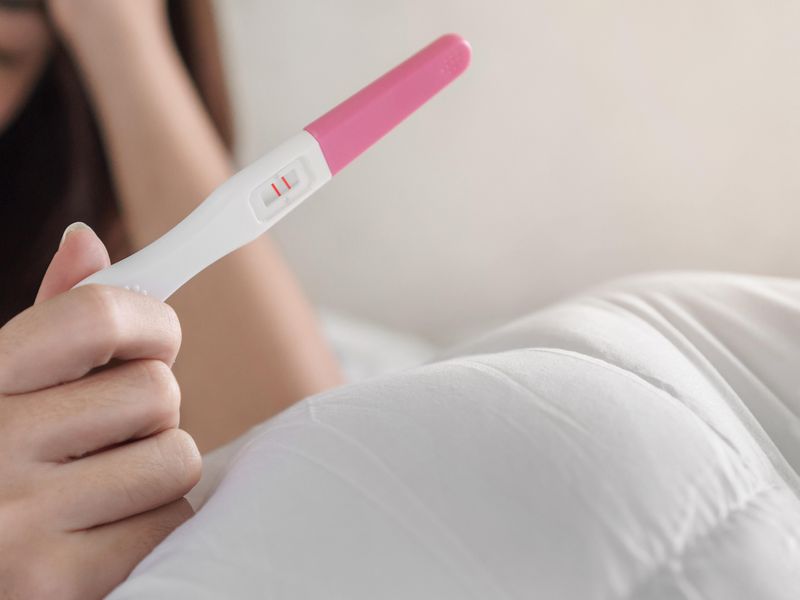 The U.S. Supreme Court issued a ruling on Friday that overturns the landmark 1973 Roe v. Wade decision guaranteeing a woman's right to abortion.

"The Constitution does not confer a right to abortion... and the authority to regulate abortion is returned to the people and their elected representatives," the high court said in its opinion on Dobbs v. Jackson Women's Health Organization.

The decision sets the stage for a swift rollback of abortion rights in more than half of the United States. In that case, Mississippi's sole abortion provider, Jackson Women's Health Organization, sued the state in 2020 after lawmakers banned abortions past 15 weeks, with no exceptions for rape and incest. Thomas Dobbs has been the state's chief health officer since 2018.

"This is just a huge setback in the strides we've made for reproductive rights within this country," said Dr. Joanne Stone, chair of obstetrics, gynecology and reproductive science at Mount Sinai Health System in New York City. "It's been devastating to me to think about how this is going to impact women throughout the country."

More than one-quarter of all U.S. abortion clinics are expected to face eventual closure, as 202 facilities come under state-adopted abortion restrictions following the ruling, according to a report from the University of California, San Francisco's Advancing New Standards in Reproductive Health center.

The decision will "particularly decimat[e] abortion access for pregnant people living in the South and Midwest, where most of these closures would occur," the report said.

Meanwhile, nine states still have pre-Roe abortion bans on their books that will now become active, and another 11 have bans on early gestational age abortions that until now had been blocked, Guttmacher said.

What does this mean for women?

"We know that with every barrier that gets put between women and reproductive health care, we see that women's outcomes worsen," said Dr. Dana Gossett, chair of the department of obstetrics & gynecology at NYU Langone Health in New York City. "One that we anticipate is that there will be women who simply cannot access a desired and needed abortion because they don't have the resources to go beyond their local environment. They don't have the ability to drive or fly to another state, or the ability to seek care elsewhere."

But there will be more fallout.

"When barriers are put up between women and abortion services, the gestational age at which women ultimately receive their abortion is later," Gossett noted. "Legal abortion is much safer than childbirth at all gestational ages at which its conducted, but the risks do increase as you move from the first to the second trimester, and so women who delay the procedure because they can't access the care they need will be assuming greater risk to themselves."

Not only that, women are likely to experience profound economic impacts from laws that severely restrict their right to an abortion, said Antonia Biggs, an associate professor in the department of obstetrics & gynecology and reproductive sciences at the University of California, San Francisco. Biggs served as a researcher on the Turnaway Study, which tracked the lives of nearly 1,000 women seeking abortion from 30 facilities around the country.

Women denied a wanted abortion "were much more likely to experience economic hardship and economic insecurity," Biggs said. "We also saw that it significantly lowered people's credit scores. We saw increases in the amount of debt and bankruptcies and evictions. They also reported that they were more likely to not be able to have enough money to cover their basic living expenses like food, housing and transportation."

And it wasn't just the women, Biggs continued. "The children who were born as a result of being denied an abortion were also more likely to live in poverty."

Gossett did note that several organizations have been working to provide online access to medication abortions in anticipation of Roe v. Wade being overturned.

"That is an option that allows women to have a private, confidential consultation with a health care provider who provides abortion services, possibly not in their state or location, and can receive pills by mail that can safely accomplish an early abortion," Gossett explained. "That's one thing I suspect will continue to grow as local access to health care providers offering abortion services diminishes."

What can women do to protect themselves?

Going forward, women will need to be much more careful with contraception and family planning, particularly if they have risk factors that make pregnancy a potentially life-threatening condition, said Stone, who is president-elect of the Society for Maternal-Fetal Medicine, a medical association dedicated to high-risk pregnancy care.

"I'm sorry, it's not pro-life," Stone said. "It's pro-birth, right? It's not about being pro-life. If it's pro-life, you have to take the mother's life into account."

Women and their doctors will also face hard choices regarding fetal abnormalities, particularly regarding the expectations of carrying a fetus expected to die after birth, Stone added.

Some women will face the prospect of either going forward with a dangerous pregnancy or undergoing a high-risk self-induced abortion, Stone said.

"Can you imagine going back to those times?" Stone said. "But it doesn't have to be because her life is in danger or because of fetal anomaly. It's a basic human right to have autonomy over your body. What about a patient who is pregnant and they know this isn't the right time for her to carry a pregnancy?"

Stone also is concerned that the decision will lead to an assault on the right to contraception.

"They are already talking about barring IUDs because it disrupts the pregnancy," Stone noted.

The American College of Obstetricians and Gynecologists has more about abortion.