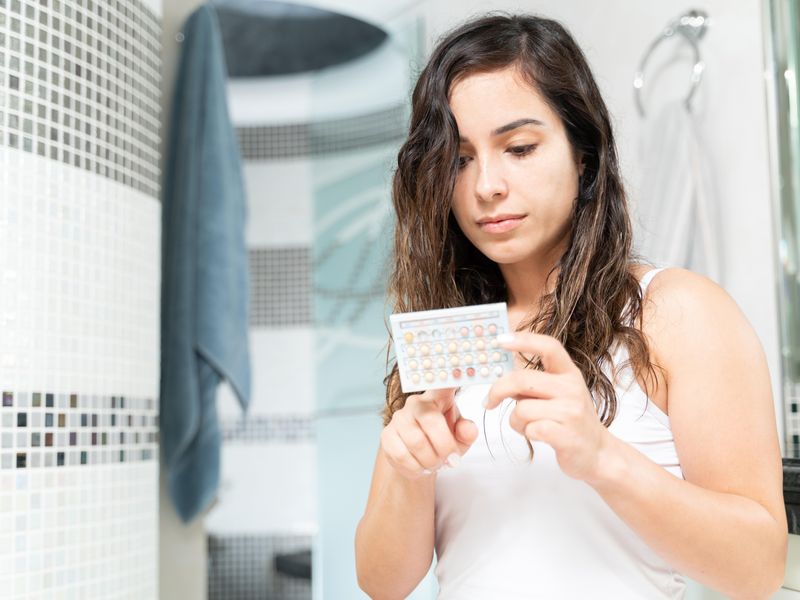 After Roe v. Wade: Could Bans on Out-of-State Abortions, Mail-Order Pills Be Next?

"I do not believe that the overturning of Roe v. Wade is where any of this will end."

So warns Rachel Fey, vice president of policy and strategic partnerships for Power to Decide, a contraception advocacy group dedicated to reducing the risk for unplanned pregnancies.

"While the best-case scenario is obviously to have safe, legal access to abortion both in clinics and by mail in all states, that is clearly not the direction we are headed in our country," she said.

The future of American women's access to abortion is unclear after last week's leak of a draft Supreme Court ruling suggesting that Roe v. Wade may fall.

The Guttmacher Institute, a pro-choice research organization based in New York City, predicts that, should Roe be overturned, 26 states are either certain or very likely to completely ban abortion or highly limit access.

Experts on the pro-choice side of the issue worry that a halt to abortions within states would be only the beginning. In a post-Roe world, fresh legislative targets could arise.

Two of the most likely targets: Preventing women from accessing self-administered abortion medications and criminalizing a woman's decision to cross state borders to seek an abortion elsewhere.

Murray noted that in December Mary Elizabeth Coleman, a Republican Missouri state representative, proposed a bill aiming to "make it unlawful for residents to cross state lines to obtain an abortion and to assist someone in the process," whether that be a physician, a friend or even simply the driver of the car.

"It's not like we haven't seen this in the past," Murray added. For example, prior to the Supreme Court's landmark 1967 "Loving v. Virginia" decision, Virginia had banned interracial marriage -- including crossing state lines for that purpose.

"So this is a situation in which the past may certainly be prologue," she said.

On a federal level, Murray said, "we've already seen the FDA make an effort to restrict access to abortion medications."

The agency did so under the Trump administration, which instructed the U.S. Food and Drug Administration - in the midst of a pandemic and stringent social distancing - to require that women visit hospitals, clinics or doctor's offices in-person to pick up abortion medications. The rule held even if a woman required no medical services and the medication in question had already been pre-approved. In January of 2021, the U.S. Supreme Court upheld the policy.

However, the Biden administration temporarily lifted the requirement just three months later, allowing women renewed access to abortion pills via telemedicine and mail order delivery. It made the order permanent in December.

Any FDA ban on abortion medications by mail could return, however, Murray warned.

"If there's a future change in Congress or the White House, it could certainly happen again," she said.

Moves to limit access to either abortion pills or out-of-state services could impact the lives of countless thousands of women.

According to the Guttmacher Institute, as of 2022 nearly six in 10 American women already live in states that are "hostile to abortion rights," and their reliance on abortion pills and cross-state travel has already risen dramatically. It's a trend that's likely to increase in a post-Roe world.

The FDA first approved abortion pills in 2000. The standard two-pill regimen combines the hormone-blocker mifepristone with a drug called misoprostol, which induces uterine contractions. According to Planned Parenthood, the pills are meant to be used up to 10 weeks of gestation and are 94% to 96% effective in terminating a pregnancy.

Easy to self-administer at home without the assistance of a physician or caretaker, by 2014 these pills accounted for three in 10 U.S. abortions, according to the Guttmacher Institute. By 2020 they accounted for more than half of all abortions across the United States.

The advent of "modern, mainstream telehealth abortion services, with pills mailed directly to your doorstep" has made this form of abortion even more viable, noted Plan C director Wells. She estimates that mail-order access to the pills is currently available in about half of the United States.

Of course, many women may still decide to travel out-of-state to access abortion services. One study, published recently in The Lancet Regional Health-Americas, highlights just how dependent women have become on this option.

A team led by epidemiologist Mikaela Smith, of Ohio State University, reviewed 2017 travel data compiled by both a Guttmacher abortion-provider census and a U.S. Centers for Disease Control and Prevention report. The researchers found that nearly 8% of U.S. abortions involved long-distance travel across state lines.

That's just a national average. Digging deeper, the study found that travel to seek abortion services is far more common among residents in states that restrict access. For example, out-of-state travel was a factor in 74% of all abortions among Wyoming residents, 57% among South Carolinians, and 56% among women residing in Missouri, Smith's study found.

"Traveling out of state for safe, essential health care, or safely managing abortion care at home with the use of medications are alternatives that people should not be forced or coerced into," she said. But that's already the reality for many American women in many states that are hostile to abortion services.

Oviedo worries that further restrictions on mail-order pills and travel between states could come.

Courts have so far held that banning abortion pills outright is unconstitutional, the Guttmacher Institute noted. But that hasn't stopped states from imposing heavy restrictions.

Already, 19 states prohibit accessing abortion pills via telemedicine. Instead, they require that prescribing clinicians be physically present when the medicine is taken. Texas prohibits the use of abortion pills after 7 weeks of pregnancy, and Indiana bans their use after 10 weeks. Thirty-two states require that any clinician administering a drug-induced abortion be a licensed physician.

Even so, bans on online and mail-order access to abortion medication would likely be hard to enforce, stressed Cynthia Soohoo. She helps direct the Human Rights and Gender Justice Clinic at CUNY School of Law in New York City.

Nevertheless, if such laws are passed, "people who self-manage abortion in this way will open themselves up to potential criminal charges," Soohoo warned.

"We've already seen people being arrested and facing charges of murder or feticide based on alleged self-induced abortions," she added, citing recent cases in both Texas and Indiana, where women were arrested after seeking medical help for abortion.

As for policing state borders, Soohoo believes that would prove to be difficult. Nevertheless, "any pregnant person traveling to an abortion-friendly state from a state with a ban would be an obvious target for profiling," she said.

In the end, enforcement may not even be necessary to persuade many women to give up an attempt at abortion, the experts said.

The reality, according to Power to Decide's Fey, is that "when people have to surmount an ever-increasing number of barriers to get access to abortion care, a meaningful number of them simply won't be able to. Those are usually the people who already face systemic barriers to health care, including Black and brown communities, the undocumented, young people, and those struggling to make ends meet."

The post-Roe judicial legitimacy of such barriers will likely take a long time for the courts to sort through, Murray believes. In the meantime, states determined to throw up new legal obstacles to abortion access "could do almost anything," she said. Exactly what states do - the restrictions they impose - "will likely either remain in effect or hang over women as a deterrent. Which is just as effective as a prohibition," Murray contends.

According to Soohoo, "the purpose of these laws is to create risks for pregnant people and the people who want to help them obtain care."

"Even if [a proposed restriction] is eventually overruled or invalidated, it has the desired effect of reducing access in real time," Murray said. "And that really is the name of the game."

There's more detailed information on how various abortion restriction scenarios may impact cross-state access to abortion at the Guttmacher Institute.