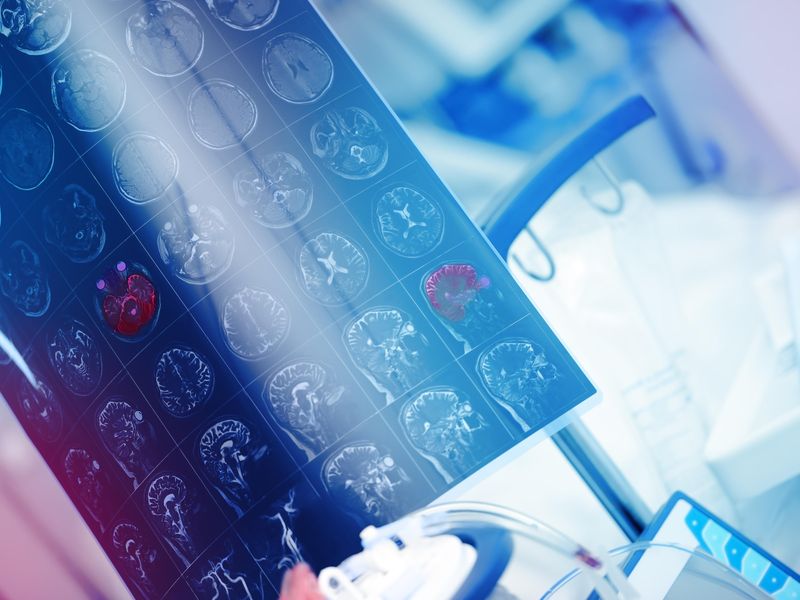 College football players live longer than those who didn't play, but they suffer more brain-related issues as they age, a new study finds.

Among former Notre Dame football players, being physically fit was tied to lower deaths from heart disease and diabetes. But the former players were five times more likely to have impaired thinking and memory ("cognition") and 2.5 times more likely to suffer recurrent headaches, the researchers found.

"We found that the overall [death rate] among the former college football players was significantly lower than the general U.S. population of same-age men," said lead researcher Robert Stern. He is director of clinical research at Boston University's CTE Center. (CTE, or chronic traumatic encephalopathy, is brain degeneration caused by repeated head injuries.)

Consistent with reports of former National Football League (NFL) players, death rates due to degenerative brain disease - specifically Parkinson's disease and ALS (amyotrophic lateral sclerosis) - were higher in the former college players than in the general population, the study showed. But, Stern noted, the difference was not statistically significant.

Unexpectedly, the researchers found that death rates from brain and other nervous system cancers were almost four times higher in the former college players than in the general population. "This was statistically significant," Stern said.

This study doesn't prove that football injuries caused cognitive skills to decline, only that there appears to be an association. These findings, however, are similar to what's seen among former NFL players, Stern noted. Other research has found that college players underestimate their health risks.

The long-term neurological consequences of repeated blows to the head are seen in former players at both levels, he said.

"I would think that an important way to reduce risk for later-life brain disorders associated with American football is to reduce the overall exposure to repetitive head impacts, including those impacts resulting in symptomatic concussions, as well as the much, much more common subconcussive trauma, the injuries to the brain that do not immediately result in the symptoms of concussion," Stern said.

This doesn't mean just designing a bigger helmet, he added. "It means removing the head from the game and from practice as much as possible," he said.

For the study, Stern and his colleagues surveyed 216 men who were seniors on Notre Dame Fighting Irish football teams between 1964 and 1980. In all, the researchers had data from 447 players on those rosters.

Besides their findings on deaths due to degenerative brain diseases as well as brain and other nervous system cancers, the investigators uncovered some positive trends.

As a group, the former players had less diabetes than others and lived longer. Death rates from heart, circulatory, respiratory and digestive system conditions, and from lung cancer and violence were significantly lower among former players than among others, the findings showed.

Stern said that he can't explain why former players have less diabetes than others. Similar findings about cholesterol and diabetes have also been reported in former NFL players, he noted.

The higher level of heart disease is likely due to the higher rates of high cholesterol and overall larger body and body mass index, Stern suggested.

"However, the former players do not seem to be dying of heart disease at a higher rate than the general population," he added.

"These former elite college athletes and the former pros, are, by definition, the cream of the crop, so to speak, in terms of athleticism, fitness and other traits," he said, adding that they probably were less likely to smoke cigarettes, reducing death rates due to lung cancer. Overall, these variables may result in lower rates of early death.

The researchers noted that 15% of the living Notre Dame survey respondents also played pro football. They found no significant differences in health outcomes between them and men who did not play professionally.

"By the time you're done with college, there's an association that you will have worse cognition than a dude who's your age, who never played college football," Sciubba said.

"You're now getting guys who run 30 miles an hour, where in the 1950s, they ran 15 miles an hour, so it's probably a wash, because now guys are harder, stronger and bigger," he said.

Sciubba said that young athletes need to think about the long-term consequences of contact sports like football when choosing what to play.

"We need to think about the number of repetitive head injuries in collision sports in young athletes, because they may see cognitive decline 20 to 30 years later," he said.

The NFL constantly says it is changing the rules, Sciubba noted. "But they still want to put people in the stands of a collision sport - a Gladiator sport," he said. "One has to think about enrolling in sports like football or hockey or hope that the leaders of these sports change the rules to limit repetitive head injuries in the future."

The research was published online April 20 in JAMA Network Open.

For more on sports and head injuries, visit the American Association of Neurological Surgeons.