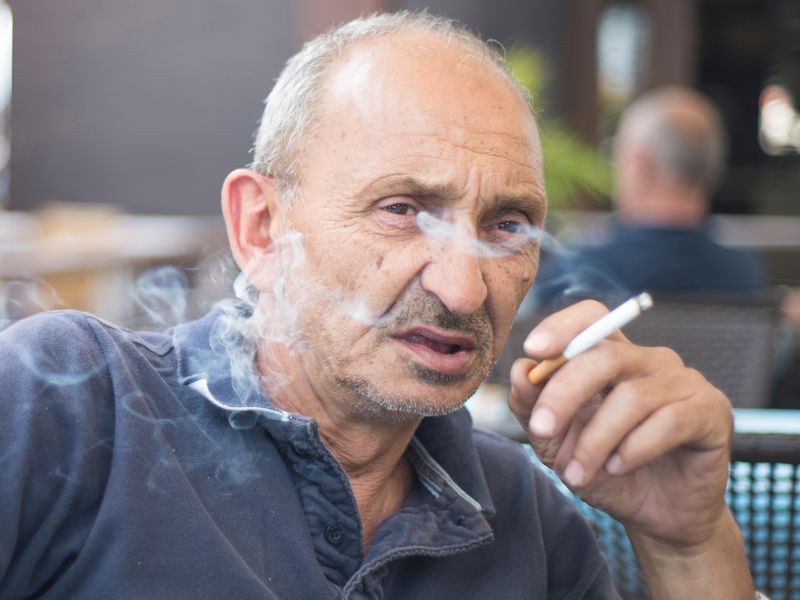 Why Do Some Smokers Never Get Lung Cancer?

Strong natural protection against cancer-causing mutations may explain why some longtime smokers don't develop lung cancer, according to a new study.

Researchers compared mutations in cells lining the lungs from 14 never-smokers, ages 11 to 86, and 19 smokers, ages 44 to 81. The smokers had used tobacco up to 116 pack years. One pack year equals 1 pack of cigarettes smoked every day for a year.

The lung cells were collected from patients who were undergoing tests unrelated to cancer.

"These lung cells survive for years, even decades, and thus can accumulate mutations with both age and smoking," said study co-senior author Dr. Simon Spivack, a professor at Albert Einstein College of Medicine and pulmonologist at the affiliated Montefiore Medical Center in New York City. "Of all the lung's cell types, these are among the most likely to become cancerous."

The researchers found that mutations accumulate in the lung cells of non-smokers as they age, but that significantly more mutations were found in smokers' lung cells. Their findings were published online April 11 in the journal Nature Genetics.

"This experimentally confirms that smoking increases lung cancer risk by increasing the frequency of mutations, as previously hypothesized," Spivack said in a college news release. "This is likely one reason why so few non-smokers get lung cancer, while 10% to 20% of lifelong smokers do."

"The heaviest smokers did not have the highest mutation burden," Spivack said. "Our data suggest that these individuals may have survived for so long in spite of their heavy smoking because they managed to suppress further mutation accumulation."

They may simply have "very proficient systems for repairing DNA damage or detoxifying cigarette smoke," he said.

Spivack said the findings may be an important step toward prevention and early detection of lung cancer risk.

The next step, said co-senior author Jan Vijg, is to develop ways to measure someone's capacity for DNA repair or detoxification, which could offer a new way to assess one's lung cancer risk.

For more on lung cancer risk factors, go to the American Cancer Society.