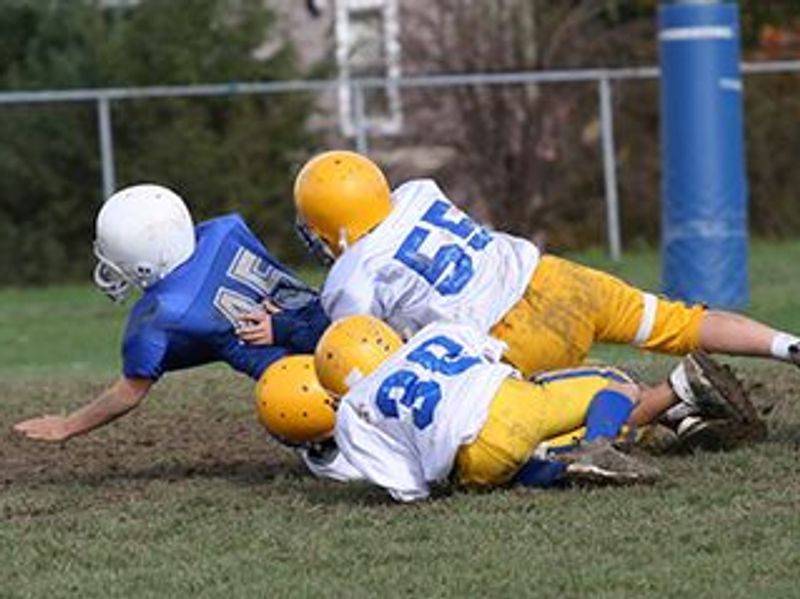 Outdoor sports season is nearly here, and with rough play comes the risk of concussion.

But one of the most-used tools to assess sports-related concussion from the sidelines isn't as precise as one might like, a new study argues.

Intense exertion from playing sports could cause some of the symptoms listed on the Sports Concussion Assessment Tool-3rd Edition (SCAT3), researchers found in a study of rugby players.

"Some of them can have a high symptom severity score which is not related to a head impact," said lead researcher Stephanie Iring, a doctoral student at Rutgers University Graduate School of Biomedical Sciences in Newark, N.J. "It's related more to the fatigue that they experience or other bodily injury that they might have experienced."

Headache-related symptoms were most strongly associated with an actual concussion, Iring and her colleagues found.

Other symptoms measured by the SCAT3 - fatigue or neck pain, for example - are less strongly linked to a concussion and could owe simply to exertion, the results showed.

Concussion is a form of traumatic brain injury caused by a bump, blow or jolt to the head or body hit that causes the head and brain to move back and forth, according to the U.S. Centers for Disease Control and Prevention.

About 3.8 million sports-related concussions are reported each year in the United States, the researchers said in background notes. Studies of NFL players have raised concerns that repeated concussions could lead to long-term brain injury.

Medical professionals have developed the SCAT3 as a way to determine whether a player has suffered a concussion.

For this study, the researchers set up a concussion laboratory tent at the Can-Am Rugby Tournament, an annual event in upstate New York.

The researchers performed the SCAT3 test on 80 men and women who received a blow to the head while playing rugby and on 129 people ("controls") who had just completed a tough match.

The investigators found that the SCAT3 test overall was effective at identifying people who had been concussed versus those who were simply exhausted from playing sports, Iring said.

Players with a head injury had significantly more symptoms listed on the tool - reporting 26 symptoms on average compared to about nine for uninjured players, the findings showed.

"However, if you look at the data closely, you see that there's a number of players that are control players that report symptoms that are just as high as the concussed players," Iring said.

"This is a better predictor of the players that reported concussions compared to the controls," Iring said.

This new study adds to a growing body of evidence that suggests the SCAT3 might need revision, said Kristen Dams-O'Connor, director of the Brain Injury Research Center at Mount Sinai in New York City.

"What we really need to do is to identify the constellation of symptoms that are most closely associated with a clinically concerning head trauma," she said.

In the meantime, doctors working on the sidelines need to keep in mind that the SCAT3 lists some symptoms that will be normally felt by people who are simply worn out from an energetic match, Dams-O'Connor added.

The SCAT3 tool itself has a disclaimer saying that it should not be used as a stand-alone method to diagnose concussion, said Tamara Hew-Butler, an associate professor of exercise and sport science at Wayne State University in Detroit.

"The diagnosis of a concussion does rely on more than just a stand-alone symptom scale," Hew-Butler said.

Iring presented the findings Tuesday at a meeting of the American Physiological Society in Philadelphia. Findings presented at medical meetings are considered preliminary until published in a peer-reviewed journal.

The Concussion Legacy Foundation has more about concussions.