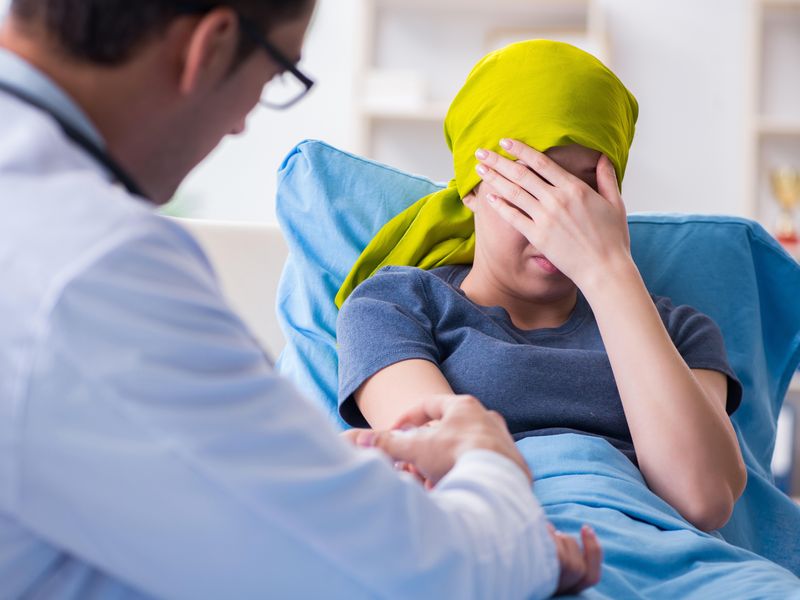 The early months of the COVID-19 pandemic kept millions of Americans away from routine cancer screenings. Now a new study finds that many U.S. screening programs were still not back to normal by 2021.

The study, of more than 700 cancer facilities nationwide, found that in January 2021 - a year after COVID's emergence in the United States - most still had not recovered their pre-pandemic screening numbers.

There was a particular gap in screening for colon cancer, which is often done by colonoscopy.

This means deaths from cancer could increase over the next decade, experts fear.

It's well known that cancer screenings dropped dramatically in the early months of the pandemic in the United States. A study published last year estimated that between March and May 2020, more than 9 million Americans missed their routine screenings.

Those tests can catch common cancers - including breast, cervical, colon and lung cancers - when they are still in the early stages and most treatable.

So it's vital that people get back to their screening schedule, or begin screenings, if they haven't yet, experts said.

"We know that cancer screening saves lives," said Dr. Heidi Nelson, one of the study authors and medical director of cancer programs for the American College of Surgeons.

Now is the time for anyone who has delayed a routine screening to "get it on your list of things to do," she said.

COVID-19 precautions are in place, and patients can be assured that screening procedures are safe, Nelson said.

The findings were published online March 21 in the journal Cancer. They come from a larger study being run by Nelson's program and the American Cancer Society, in response to the pandemic-related drops in screening.

The study enrolled 748 screening programs nationwide in spring 2021 to see where they stood in screening rates, and to launch efforts to improve those numbers.

For both September 2020 and January 2021 (the most recent month the study assessed), most programs were still short of their pre-pandemic screening numbers. That was particularly true for colon cancer, with 81% of facilities reporting lower numbers.

The reductions were often small when looking across all programs: Breast cancer screening was down by 1.6% overall, for example. But the figures varied widely from one program to another, and some had reductions in the double-digits.

There are likely multiple reasons screenings were still down by January 2021, Nelson said.

At some centers, she said, limited staff resources may have been directed to managing COVID-19 surges, which happened at different times in different places nationally.

And then there's patient hesitancy, she said - especially with an invasive procedure like colonoscopy, where distancing between providers and patients is not possible.

By definition, screening is done when people are free of signs and symptoms of cancer. So it might feel like an elective procedure, and one that can be put off, Nelson noted.

But the goal of screening is to detect cancer as early as possible. "We always aspire to catch it before there are symptoms," Nelson said.

In many cases, once symptoms emerge, the cancer has already spread.

Even when people want to get screened, though, they might face a wait time for an appointment, according to Dr. Julie Gralow, chief medical officer at the American Society of Clinical Oncology.

It's possible, she said, that workforce shortages contributed to ongoing screening shortfalls in some places.

At this point, Gralow said, screening rates "have not 100% caught up" to pre-pandemic levels. The Omicron surge, she noted, did not help.

Like Nelson, Gralow emphasized that procedures like mammography and colonoscopy can be done safely, and that screening saves lives.

Home-based tests can also be an option, Gralow said - including stool tests to detect possible colon cancer and HPV tests for cervical cancer. She added, though, that positive results on those tests have to be followed up by in-person exams.

Nelson recommended talking to your health care provider about which cancer screenings you should have, and which particular tests are best for you.

While it's clear that the pandemic delayed many Americans' cancer screenings, the full repercussions are not yet known. In 2020, the head of the U.S. National Cancer Institute projected that an additional 10,000 Americans could die of breast and colon cancers due to missed screenings.

But it will take years before researchers have the hard data on cancer deaths, Nelson and Gralow said.

For now, Gralow noted, large medical centers are monitoring their own numbers, to find any increases in diagnoses of advanced-stage cancers.

Nelson noted that the 700-plus programs in this study got involved because they want to reverse the pandemic-related trends in screening. They're contacting existing patients to assure them screening is safe, and doing community outreach to draw people who have not yet started screening.

The hope is those efforts will help prevent increases in advanced-stage cancers - though more will likely need to be done, according to Nelson.

"This work isn't done yet," she said.

The American Cancer Society has more on cancer screenings during the pandemic.